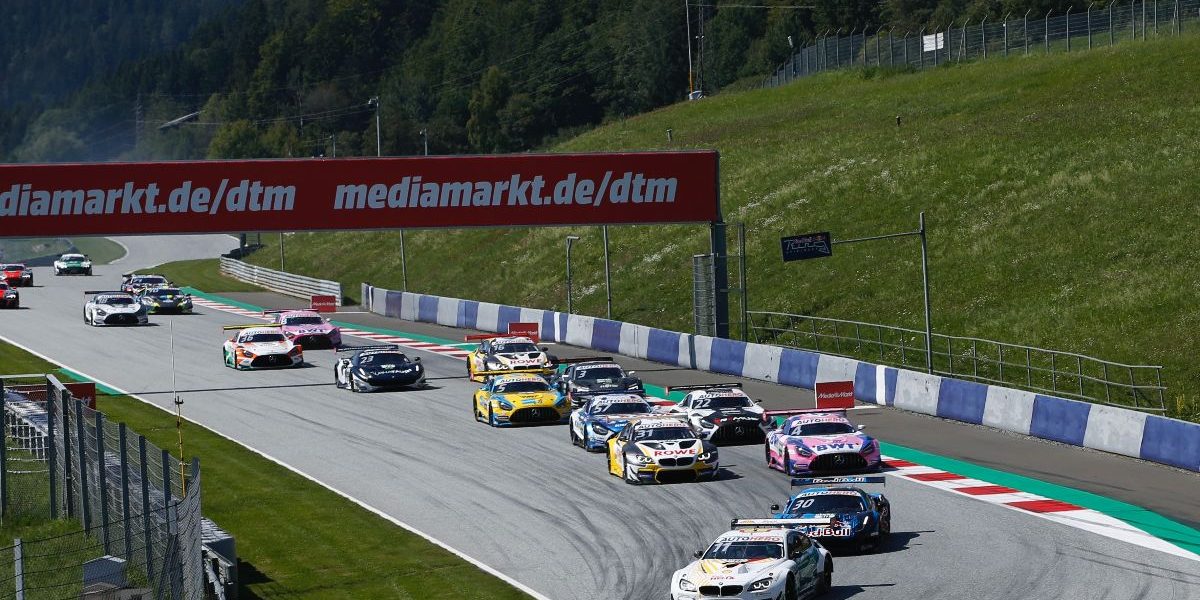 Spielberg (5 September 2021). He is the first driver to win both races on one race weekend in the 2021 DTM. Liam Lawson, the youngest driver in the long-standing series at 19 years, won the Sunday race at the Red Bull Ring in Austria on the back of his victory on Saturday. With the Ferrari from the Red Bull AF Corse team, he managed to keep two-time champion Marco Wittmann with the Walkenhorst Motorsport BMW at bay in a furious duel. A tiny 0.215 seconds separatede Lawson and Wittmann at the finish line. In third place, Maximilian Götz scored another podium finish with the Mercedes-AMG of the HRT team.

“With the 25 kilograms of success ballast from the Saturday, it wasn’t an easy race.”

Lawson not having scored any points at the Nürburgring last time out, the Red Bull Junior now more than made up for it with a pair of victories at the Austrian Grand Prix track. With 135 points, the three-time race winner moved up into second place of the drivers’ standings. The margin of South African Kelvin van der Linde (147), who finished sixth with the ABT Audi, has been reduced to only twelve points. Third in the standings is Maximilian Götz (131) from Marco Wittmann (121) and Swiss Philip Ellis, who has 99 points to his tally after finishing fourth with the WINWARD Mercedes-AMG.

“With the 25 kilograms of success ballast from the Saturday, it wasn’t an easy race,” Lawson reported afterwards. “The team did a super job during the pit stop, that was the key to victory. We knew that this track suits the Ferrari, but such a result with a pair of victories is a dream, of course. For the championship, we have made a big step forward, too.” Marco Wittmann, meanwhile, had mixed feelings: “It is a pity that Ferrari and Mercedes have a technical advantage during the pit stops. When you are first on the starting grid, you hope to win. With pole position, I was in a good situation and eventually, I came second. I am happy with the points, but at the same time I am a bit disappointed that it wasn’t quite enough for victory.” Happy without any reservations, on the other hand, was Maximilian Götz: “I am very happy to have scored so many points. I had no chance of getting any closer to the duo at the front. Still, I was on the podium twice and I am the best-placed Mercedes driver in the championship.”

In front of a great scenery in Spielberg in Styria, where spectators were also admitted into the paddock again for the first time in almost two years, Marco Wittmann with the Walkenhorst BMW had the best start from the always breath-taking double-file formation, but Liam Lawson followed him closely. On the second lap already, 22-year-old Sheldon van der Linde suddenly slowed down with a punctured left rear in the uphill section of the track. He had to turn into the pits and eventually retired. A little bit later, Alex Albon suffered from a similar fate with a puncture on the AlphaTauri Ferrari.

After lap five, almost half of the 20 participants headed into the pit lane for the mandatory stop. For a moment, the battle for fractions of a second for the fastest tyre change dominated the competition of the best GT race teams. Most of the other drivers came into the pits one lap later. At the 4,326 kilometres long Red Bull Ring, runner-up Nico Müller waited very long to make his stop and temporarily enjoyed the unobstructed view at the front of the field. Behind him, Lawson and Wittmann pushed as if there was no tomorrow. Spectacular racing and sheer motorsport fascination, allowing the spectators in the grandstands to fully enjoy the high-class racing action. Sometimes, Wittmann came really close while Lawson then increased the gap again. Both drivers kept their heads down, pushing their machinery and the tyres to the max. Lawson, calm and collected in spite of his young age, eventually brought his third win of the season home in a safe way.

In qualifying on Sunday morning, Marco Wittmann had claimed his second pole position after Zolder. For the two-time DTM champion, it already was the 16th pole of his DTM career. For a while, a lock-out of the front grid row for BMW looked likely, but eventually, Saturday race winner Liam Lawson still moved up into second place ahead of Sheldon van der Linde (ROWE BMW).

With the start of the second half of the season at the Red Bull Ring, the battle for the championship visibly intensified. In a fortnight already, the 2021 DTM goes into its sixth round at Assen in The Netherlands, in the ‘Cathedral of Speed’ with the longest connected grandstand in Europe. And then, another fortnight later, the decisive double-header follows with the final two events, first at Hockenheim and then only one week later at the Norisring in Nuremberg.