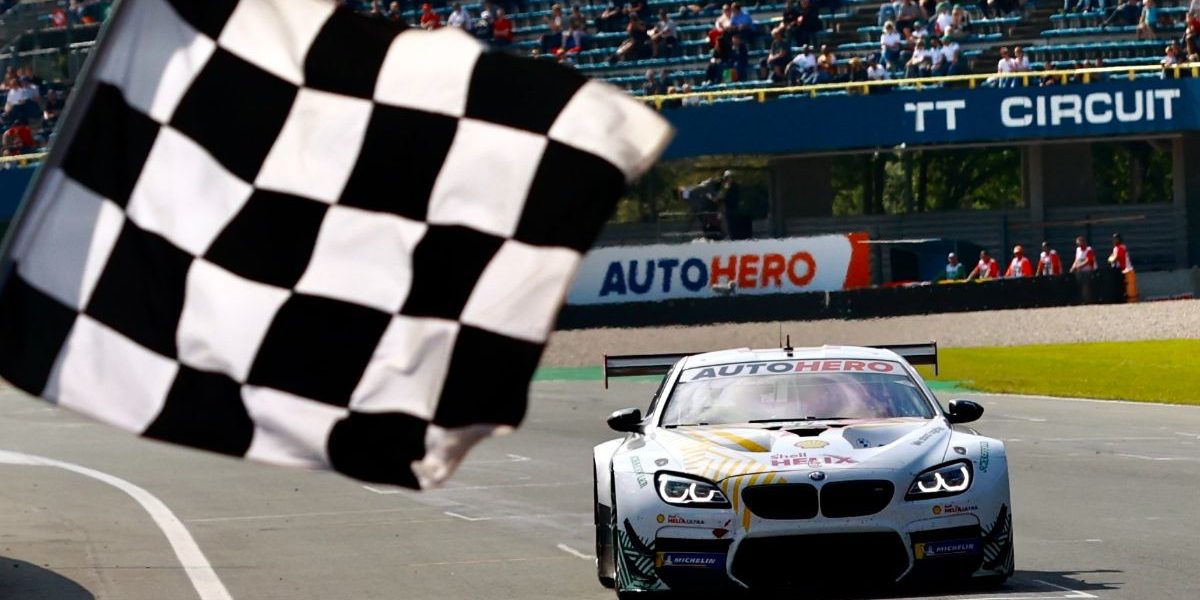 Marco Wittmann scores his second win of the season while Liam Lawson replaces Kelvin van der Linde in the lead of the drivers’ standings following his third-place finish: DTM staged an action-packed and exciting race in front of numerous spectators at Assen in The Netherlands. Eventually, two-time champion Marco Wittmann came out on top with his Walkenhorst Motorsport BMW in spite of having incurred a five-second time penalty for contact with Lawson. Guest driver Mirko Bortolotti (ITA) showed a spirited drive with entertaining position fights against Lawson and finished second ahead of the New Zealander. With Maximilian Götz with the Mercedes-AMG and Christian Klien (AUT) with McLaren in fourth and fifth place, five different brands were represented in the first five places for the first time in the 2021 DTM. Moreover, Sophia Flörsch with the ABT Audi scored her first DTM championship points in ninth place, just like Brit Esmee Hawkey with the T3 Lamborghini, who finished eleventh and scored two point as Bortolotti and Klien, being guest drivers, weren’t eligible for points.

“At the start, it was a bit hairy, Maximilian Götz ran into the rear of my car. My race could even have ended right there”

Having come to Assen as the leader in the drivers’ standings, Kelvin van der Linde was leading the field until the penultimate lap, but then had to come into the pits for his late mandatory tyre change and dropped back to twelfth. As a result, the South African lost the points’ lead he been holding for a long time to Lawson, who has 156 points, and is now in joint second place together with Wittmann, tied at 148 points.

“At the start, it was a bit hairy, Maximilian Götz ran into the rear of my car. My race could even have ended right there,” Marco Wittmann reported. “There were some exciting situations, especially during the two restarts. I knew that I had incurred a penalty, so it was crucial to get past Mike Rockenfeller as quickly as possible. That was a bit of a risky manoeuvre, but I pulled it off. Winning here at Assen again is great. I am really proud of my team Walkenhorst Motorsport.”

Guest driver Mirko Bortolotti, who had already convinced with third place in qualifying, made some new and good experiences: “It was a turbulent race, I have had many exciting moments. Moreover, there were some new situations for me today like the DTM formation start. I have really enjoyed the race.” Liam Lawson visibly had a good time, too: “It was very hard racing, but it was great fun. At the end, I didn’t take the full risk, knowing that Mirko Bortolotti wasn’t eligible to score points, but in the closing stages, he was faster, too. Leading the championship now is very nice. Now, I am looking forward to the next race on Sunday.”

The first action already happened prior to the start, with the occasional bumper-to-bumper incident in the battle for the best positions. While Lawson, who had claimed his second pole position, initially pulled away, the race was already over after a few metres for Daniel Juncadella, Arjun Maini and Vincent Abril. The safety car led the field for five laps until all the debris were removed from the main straight. The second start went better. Again, Lawson pulled away, but guest driver Bortolotti closed up to the Ferrari with his Lamborghini and soon went past. The spectators in the nicely filled grandstands even got to see the breath-taking starting procedure with the field in close double-file formation for a third time as debris had to be removed from the track again, requiring another safety car intervention. In the process, Kelvin van der Linde and Mike Rockenfeller had bad luck. Their strategy had been to come in for their pit stops at a late stage, but they lost their margin because of the safety car.

The world-class DTM drivers showed driving antics that were spirited, but fair throughout. At the 4.555 kilometres long track with its fast and medium-speed corners, there were fierce and sometimes relentless battles for every metre. As a result, Wittmann, who had started from second on the grid, the five-second time penalty as there was contact between him and Lawson. The Franconian, however, reacted to the penalty with his spirited overtaking manoeuvre against Rockenfeller and then went on to post excellent times lap after lap and eventually secured victory. In line with the excellent performance of the drivers and the entertaining position fights, the atmosphere in the grandstands was outstanding, too, which was clear to be heard. When the ABT duo Rockenfeller and van der Linde turned into the pit lane at a late stage, the road was clear for Wittmann, who had built up a sufficient gap between himself and Bortolotti to bring his second victory at Assen after 2019 home. As a result, Sophia Flörsch ended up as the best-placed ABT Audi driver for the first time this season, staying out of all the troubles in the race and keeping her cool to score six points.

The battle for points in DTM already continues on Sunday. The twelfth race of the season gets underway as usual at 1.30pm (live on SAT.1 from 1pm). The situation in the battle for the title is getting dramatically close with just the double-header with Hockenheim (1-3 October) and Norisring (8-10 October) remaining after this weekend.