The youngest was the greatest again: Liam Lawson roars to his second season win at the Red Bull Ring 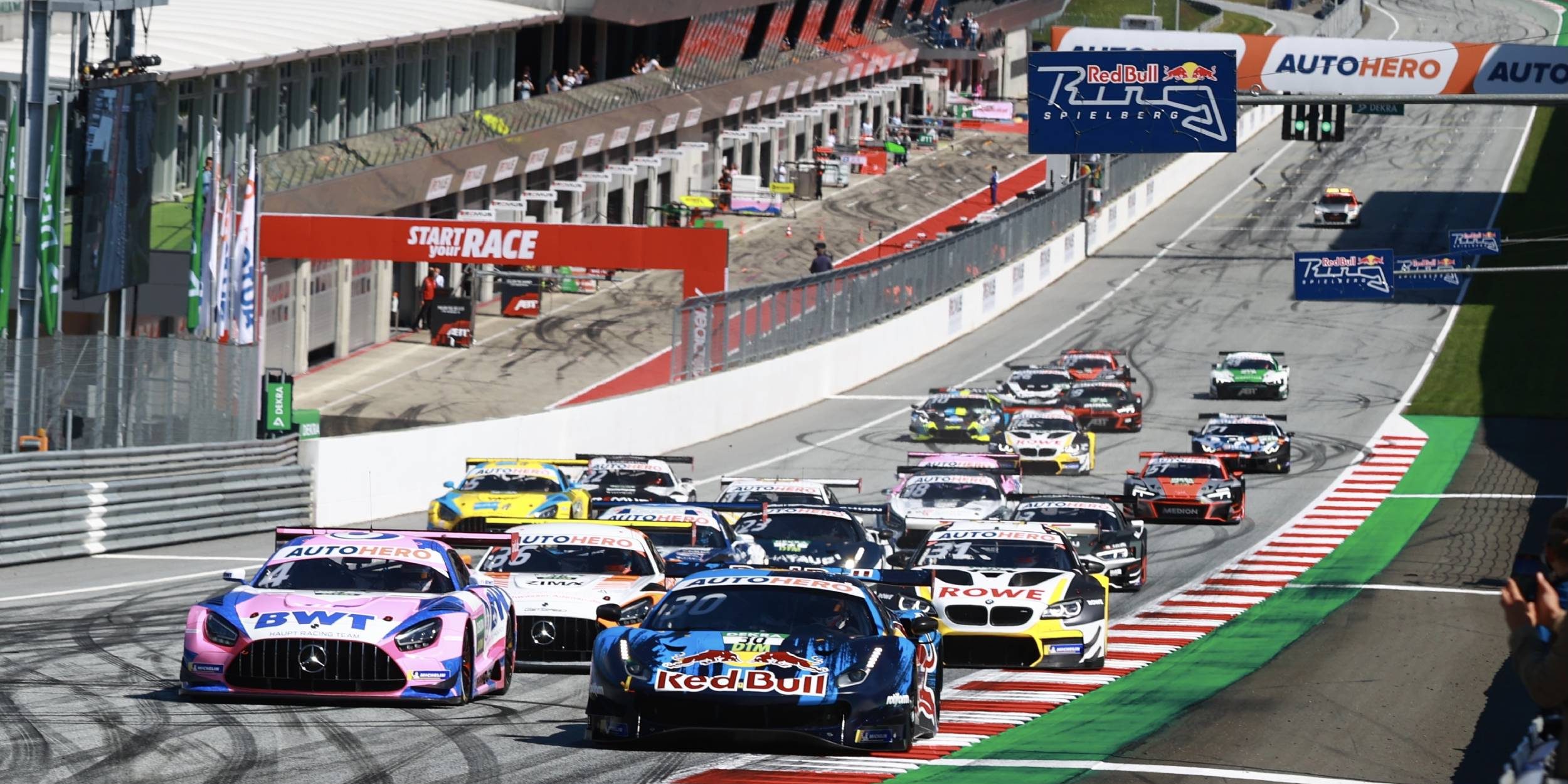 Liam Lawson, the youngest driver in DTM at 19 years, continues to keep up the pace. In the ninth DTM race of the season, the New Zealander first claimed pole position and then emerged as the winner from a thrilling race. Like in the season opener at Monza, where he won his first-ever DTM race right away, the youngest was the greatest again. At the 4.326 kilometres long Red Bull Ring, German Maximilian Götz from Mercedes-AMG Team HRT was second across the finish line from Swiss Philip Ellis, driving the Mercedes-AMG of the WINWARD team.

“That was a really good race.”

Behind Alex Albon with the AlphaTauri Ferrari, who was fighting in a very spirited way, Kelvin van der Linde came fifth with the ABT Audi, from Indian Arjun Maini with the GetSpeed Mercedes-AMG. Kelvin van der Linde defended his championship lead with 139 points from Götz with 116 while Lawson moved back up into third place with 108 points. Nürburgring race winner Alex Albon (94) is fifth in the standings from Ellis (87).

“That was a really good race,” Liam Lawson delighted. Götz was happy, too: “I think that was a cool race! At the end, I was really close, but it wasn’t enough to get past.” While Götz assumed that Lawson had been managing his gap, Lawson was adamant he hadn’t: “I wish I would have been controlling it. For me, it was just flat out all the time. Driving a Red Bull car and winning here is super, it is our second home race after Monza with Ferrari.” The New Zealander wasn’t just buoyant about his victory, but was also delighted about the fact that fans were able to get really close to their stars in the paddock again for the first time after almost two years: “It is really cool that the fans can get close again and are there in the paddock with us.” Philip Ellis was visibly pleased with third place: “After contact with Sheldon van der Linde, I wasn’t sure whether the car would last. The action was mega, it was a very hard race and having spectators back in the paddock again was top.”

The start in bright sunshine was remarkably clean. In the treacherous first corner, in which everyone was determined to carry as much momentum as possible for the uphill section, it got quite close, but everything went well. Lawson had made a good start from pole position and already pulled a one-second gap on the opening lap with Maximilian Götz and Indian Arjun Maini next up. Lap after lap, the youngster extended his lead. After the eighth lap, Lawson headed into the pit lane for fresh tyres. DTM runner-up Nico Müller (SUI, Rosberg Audi) continued his race on his first set of tyres for a long time, just like Belgian Esteban Muth with the Lamborghini. Once again, the 19-year-old worked his way past Müller with entertaining manoeuvres and racked up his first miles in the lead of a DTM race.

There was lively action with hard, but fair battles for position in the middle of the field with 20 DTM race cars. Alex Albon and Arjun Maini in particular staged a great duel for eighth place. After 28 laps, Muth headed into the pits from the lead for his tyre change and so did Müller two laps later, but the latter’s Rosberg Audi was pushed into the pit box straight away, the third retirement next to teammate Dev Gore and Sheldon van der Linde. Out in front, the road was finally clear for Lawson to bring victory home, just ahead of Götz. Eventually, Ellis successfully defended his position from a charging Albon and secured third place.

In the best conditions in the morning, Liam Lawson already set the pace in qualifying. With 1m 27.851s, the New Zealander ended up ahead of the two Mercedes-AMG drivers Maximilian Götz (Team HRT) and Arjun Maini (Team GetSpeed), who were second and third from Sheldon van der Linde with the ROWE BMW.

The long-standing circuit in Spielberg turned out to be the expected highlight on the DTM schedule. There was a clear blue sky over the undulating track in Styria amidst the picture-perfect scenery. And even more: for the first time since the 2019 DTM season finale at Hockenheim, fans were admitted into the paddock again. During the pit walk, finally possible again, the fans were crucial for the unique atmosphere that has always been a fixed element of the DTM’s DNA. “Racing is emotion and that is only possible with fans,” DTM boss Gerhard Berger enthused.

Next to DTM itself, DTM Classic with the revival of the Deutsche Rennsport Meisterschaft with race cars from the 1970s, first and foremost ex-BMW Junior driver and Formula 1 driver Marc Surer with the Group 5 BMW 320, excited the fans at Spielberg.

It’s da capo on Sunday: as usual at 1.30pm, the tenth race of the season will get underway at the Red Bull Ring. SAT.1 is broadcasting live from 1pm.