Once again Langeveld wins a place in the standings with 3rd place at the Nürburgring! 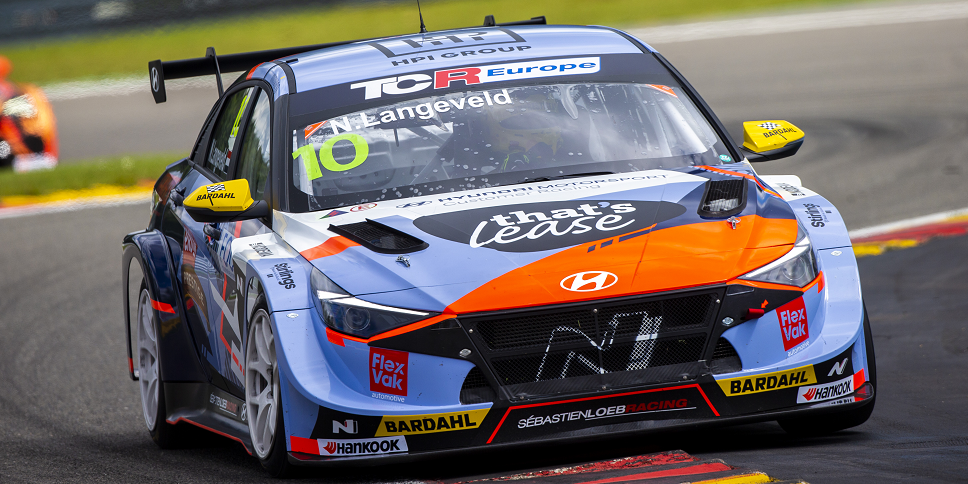 After a strong qualifying in which he set a 3rd time and was only 0.089 short for Pole Position, the weekend started strong. Langeveld then did excellent business for the championship with a 3rd and 4th place in the races. Langeveld is now firmly third in the general classification.

“It was a pity that I couldn’t gain positions with the start.”

The fifth round of TCR Europe was held on the Nürburgring in the middle of the Eifel. Slowly but surely, Langeveld’s potential is increasingly being expressed and he is showing what he is capable of. During the training sessions, the right steps were taken in the setup in his Hyundai Elantra N TCR together with his team Sébastien Loeb Racing. This led to a good basis for qualifying as there was a lot of confidence and balance in the car. ”Finally a flawless free practice sessions and the qualifying went great. The only downside was that I was only 0.089 short for Pole Position and ended up only third.”

In the first race Langeveld had a perfect road and was on the outside in turn one. He was pushed out slightly by the Spaniard Callejas, so that he lost a place to Azcona, but eventually passed Callejas. Then Langeveld could only follow the top two and there was no attack. “The start has been the best of the season so far. After the first few corners I stayed in third. The balance was excellent in the beginning but during the race the pace dropped slightly due to more understeer in the car. I couldn’t attack the top two because of that and even had to give up a bit of time. In the end I am very happy with third place.”

In race 2 Langeveld had to start from 8th place because of the reversed grid. Here too, Langeveld got away well, but got into trouble at turn three, so he couldn’t take advantage of his good start. It was a great battle on the track in which Langeveld fought one place at a time and eventually crossed the finish line in 5th place. Due to a time penalty from Clairet, Langeveld even became 4th. ”It was a pity that I couldn’t gain positions with the start. As a result, I had to wait in the waiting room and it was a tough fight to win places. Still I can be satisfied with the race as I managed to make up 4 places with some nice overtaking actions on the track. I think we showed the viewers a nice race. haha.”