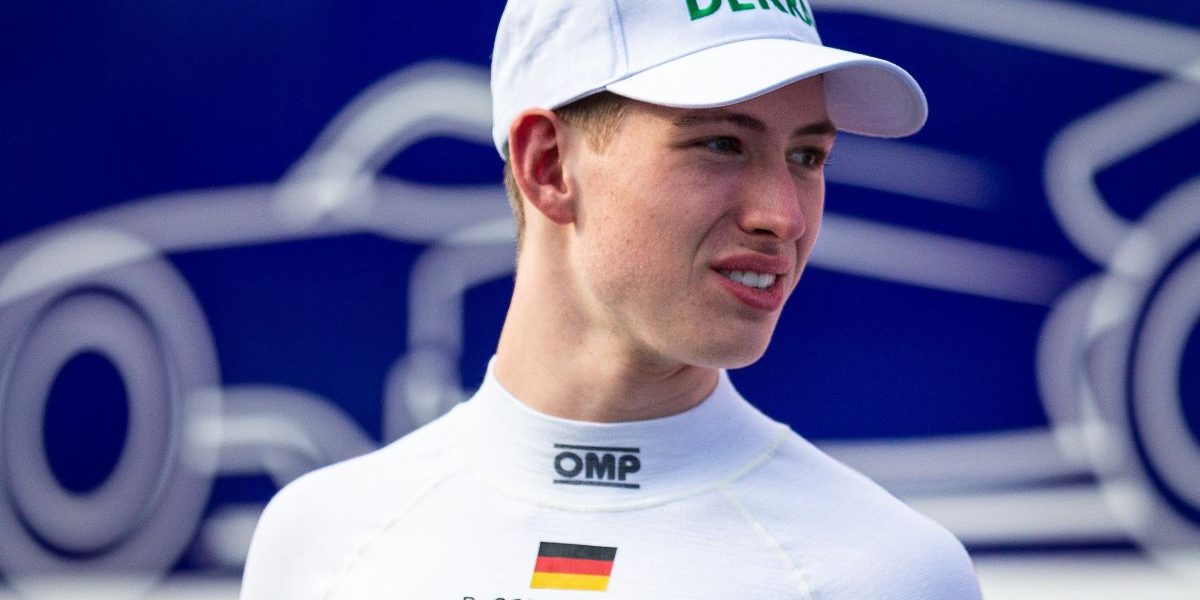 David Schumacher will be racing in the 2022 DTM for the very first time. The 20-year-old will be competing for german-texan team Mercedes-AMG team WINWARD, based in Altendiez near Limburg. The team is expanding its involvement in DTM for the new season and will be running a total of three Mercedes-AMGs. The son of ex-Formula 1 driver Ralf Schumacher, who raced a Mercedes in DTM himself from 2008 till 2012, will become teammate to reigning DTM champion Maximilian Götz and seven-time DTM race winner Lucas Auer from Austria. David Schumacher is making the transition from single-seater racing to DTM.

“Only because of the considerably higher weight, the GT3 requires a much smoother driving style than the single-seater”

“The two car categories are worlds apart,” says David Schumacher, who already had the opportunity to test a GT race car in November last year and will be having his first test with his new team Mercedes-AMG Team WINWARD at Portimão in Portugal on Wednesday this week. “Only because of the considerably higher weight, the GT3 requires a much smoother driving style than the single-seater. Initially, the ABS was a real shock for me, I didn’t know that from a race car at all. Still, I quickly felt at ease in the Mercedes-AMG GT3. It really is a joy to drive”, the 20-year-old says. The rookie deliberately isn’t setting his expectations for his maiden DTM season too high: “I am aware that I have to learn a lot to hold my own in this unbelievably high-class race series. My goal for the first year is to get used to the race car and to take in the many details that are important in DTM. With Lucas and Maximilian, I have two vastly experienced teammates towards whom I can orientate myself.”

Born in Salzburg but racing under the German flag, David Schumacher started his career as a racing driver in karting in 2005. Various levels of single-seater racing followed, most recently with two seasons of racing in FIA Formula 3, running on the Formula 1 support bill. The 20-year-old spent the past season racing for the Italian Trident team, racking up two podium results in the process including a victory at the Red Bull Ring in Austria.

Mercedes-AMG Team WINWARD team principal Christian Hohenadel: “We all know how high the level in DTM is, so from that perspective, his maiden season in this very tough competitive environment can be nothing but a learning year. With all our experience, we will be supporting him as much as we can. I am convinced that David will be bringing us a lot of joy with his talent, his diligence and his team spirit. There is no doubt that he has the perfect genes.”

Frederic Elsner, director event & operations of the DTM organisation ITR, is delighted about the prominent new signing: “Of course, the fact that David Schumacher is racing in DTM in 2022 is making us happy. The Schumacher name stands for success in international racing and David has already shown very good initial steps in single-seater racing, too. The DTM drivers’ field is extremely professional, the competition is hard-fought, so it will certainly be an intense year for him. Still, I am certain that he and his team will be dealing with that in a good way together. Fans can look forward to a super exciting season at this stage already.”

The 2022 DTM is getting its new season underway at Portimão in Portugal from 29 April until 1 May. Further venues are DEKRA Lausitzring Turn 1, Imola in Italy, Norisring, Nürburgring, Spa-Francorchamps in Belgium, Red Bull Ring in Austria and Hockenheimring for the finale.