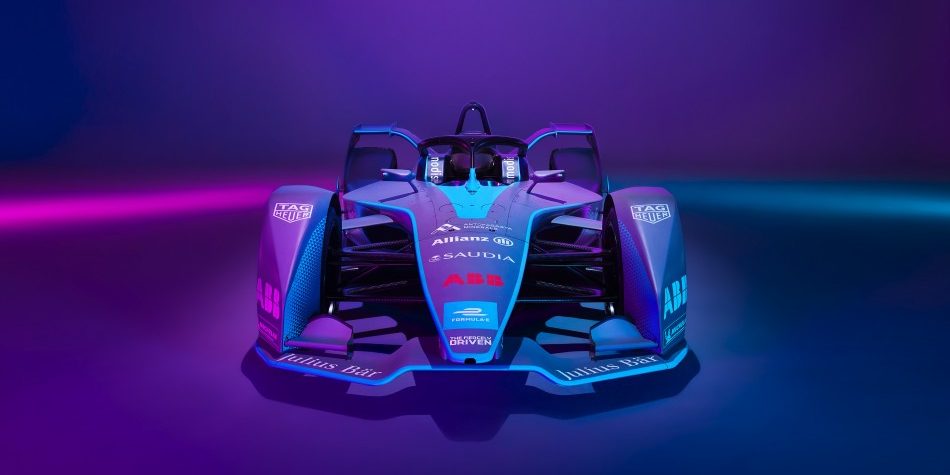 One can hardly believe, but it is already five months ago that there was some actual racing action in ABB Formula E. Back in the last weekend of February, twenty-four drivers contested the annual Marrakesh ePrix in Morocco.

Obviously, we all know what happened next. A pandemic threw a spanner in the works, not only in Formula E, but across the entire world. The coronavirus made it impossible to race in Sanya (China), Rome (Italy), Paris (France), Seoul (South Korea), Jakarta (Indonesia), New York City (USA) and last but not least London, the United Kingdom’s capital which would make its return on the Formula E calendar after a four year absence.

“Pump the brakes, a sextupleheader?”

Start of the season

With the addition of historic automotive brands as Porsche and Mercedes, whereas the latter took over the HWA Racelab squad, twelve teams kicked Season Six off in Ad-Diriyah, a suburb of Saudi Arabia’s capital city Al-Riyadh, where in late November, a doubleheader took place. Envision Virgin Racing’s Sam Bird kickstarted his season with a win in race one, which as for Arabic weekend standards was held on a Friday. André Lotterer and Stoffel Vandoorne gave respective employers, Porsche and Mercedes, a reason to celebrate immediately as both scored a maiden podium finish for their squad. Pole sitter Alexander Sims could only manage to hold on to an eighth place finish, bouncing back the following day.

BMW i Andretti Autosport driver Sims secured back-to-back pole positions, of which he did convert the second one into a winning effort. 2016-17 Formula E World Champion, Audi Sport driver Lucas Di Grassi made something out of what was, until then, a miserable weekend, to fight his way back all the way to a second place finish. The last podium spot went to Vandoorne again, making him championship leader after rounds one and two. In two ePrix’s, five teams scored at least one podium finish and – hold on tight – eleven out of twelve made it into the points.

Two weeks after New Years Eve, ABB Formula E returned to the streets of Chilean capital Santiago for a race at the Parque O’Higgins Circuit. It was Jaguar’s Mitch Evans, who only managed to score two points in the Marrakesh rounds, who took pole position. The Kiwi racers had to bow down for Sims’ BMW i Andretti team mate Maximilian Günther though – the German taking his first FE race win in the process. Former BMW employee-turned-into Techeetah racer Antonio Felix da Costa stood next to the pair on Santiago’s rostrum, banking his first podium effort of Season Six. Felix da Costa’s team mate, reigning two times World Champion Jean-Eric Vergne, was nowhere to be seen in the first outings. The Frenchman had amassed a lousy four World Drivers Championship points, only finishing the second time out in Saudi Arabia. The other Francophonic former Champion, 2015-16 king Sebastien Buemi, didn’t even score at all in those first three rounds.

The only one who really kept cool in the Mexican heat, at the Autodromo Hermanos Rodriguez in Mexico-City, for round four of Season Six, was Evans. The Kiwi took the lead from pole sitter Lotterer at the start and never looked back, whereas the other competitors got struck in fierce battles. Lotterer’s race came to a fiery halt when his car turned into a fireball after hitting the wall, as early contenders Nyck de Vries (Mercedes) and Bird crashed to a DNF as well. Lightyears behind the dominating Evans, Felix da Costa secured another second place finish, with Buemi breaking the duck by securing his first rostrum place of the season. Sims concluded an awesome race for lost ground at P5, having started eighteenth.

Reigning World Constructors Champions DS Techeetah took their first win of the season in style, as Felix da Costa converted pole position into his first race win of 2019-20 – making it five winners out of five ePrix’s. German BMW ace Günther came home second after a race long battle with the Portuguese winner, Vergne rounding out the podium spots. Thanks to his brilliant Moroccan performance, Felix da Costa took the lead in the WDC, although his margin is not enough to survive at least one no-score.

“And then… it went silent.”

It went silent. The world came to a halt because of the aforementioned pandemic, ePrix’s were cancelled galore. Drivers had to keep themselves busy by competing in the ‘Race At Home Challenge’, a competition which would score quite the headlines.

Most of the Formula E teams obliged their drivers to compete in the eSeries, something Audi driver Daniel Abt didn’t quite understood. The German, occupying a somewhat disappointing seventeenth place in the WDC, having scored only eighth points thanks to a sixth place finish in the second Saudi Arabian round, allowed a ringer to fill in for him – just a practical joke, Abt declared. Audi couldn’t appreciate Abt’s antics to say the least, firing him after days of backbiting in the media.

Abt will compete in the Berlin sextupleheader though, taking the place of NIO 333 driver Ma Qing Hua, the Chinese being restricted to travel to Germany because of the pandemic. Former frontrunners Mahindra Racing terminated the contract of Pascal Wehrlein, after it became clear the German will switch to Porsche for Season Seven. Alex Lynn, known for his substitute roles at Virgin and Jaguar, will fill in for Wehrlein at Mahindra in Berlin.

Highly regarded three-time Porsche Supercup champion and two-time DTM champion René Rast will re-enter the series during the sextuple in his motherland Germany, when he takes on the open seat at Audi, next to former champ Di Grassi. Rast drove one ePrix before, filling in for Felix da Costa at Team Aguri back in Season Two.

As has for Ma and Wehrlein, Brendon Hartley’s season ended early as well. The New Zealander was axed by Dragon Racing after a disappointing run, having scored only two points in five outings. Sergio Sette Camara will replace the two-time WEC champion at Jay Penske’s squad.

In only nine days’ time, the 24 drivers – of which we know 23 by now – will drive no less than six ePrix’s. The six races will be divided into three pairs of two, each pair using its own different track configuration.  Action kicks off at Wednesday August 5 with a qualifying and an ePrix, followed by another Q+R effort on Thursday August 6. Drivers and mechanics will get a day’s rest before returning at the same venue – although using a different configuration, as aforementioned – on Saturday August 8. It will double up op August 9. After the fourth of six races, drivers and mechanics get not one, but two days of rest. The last doubleheader commences at Wednesday August 12, and Season Six will conclude at Thursday August 13 with the sixth and final run at the Tempelhof Airport Street Circuit. As there is a maximum of 180 WDC points to score, literally every single driver still has a chance to win the championship. Momentum will have a big effect on the outcome of this already unforgettable season.

Who to watch for in Berlin?

Mahindra Racing desperately wants to make something out of this weird season, which saw the former race winning Indian squad take points scoring finishes in only four out of ten possible occasions – a fourth place of axed Wehrlein being their season best.

After commencing the season with the best possible start, Jaguar-bound Bird wants to end his Virgin spell on a high. The Briton’s amassed only 29 points, but as said above, everything is up for grabs with still 180 points to give. His team mate, two time ePrix winner Robin Frijns, experienced one of his worst seasons so far, only scoring ten points in five outings. The Dutchman will be tempted to show his talent at the sextupleheader.

Former winners include Mahindra’s Jérôme d’Ambrosio, who has had a nightmare season so far, Audi-outcast Abt and his former colleague Di Grassi, and Nissan e.dams ace Buemi.

*not competing in Berlin