Felix da Costa on magnitude of winning FE crown: “Took half the in-lap before it hit me” 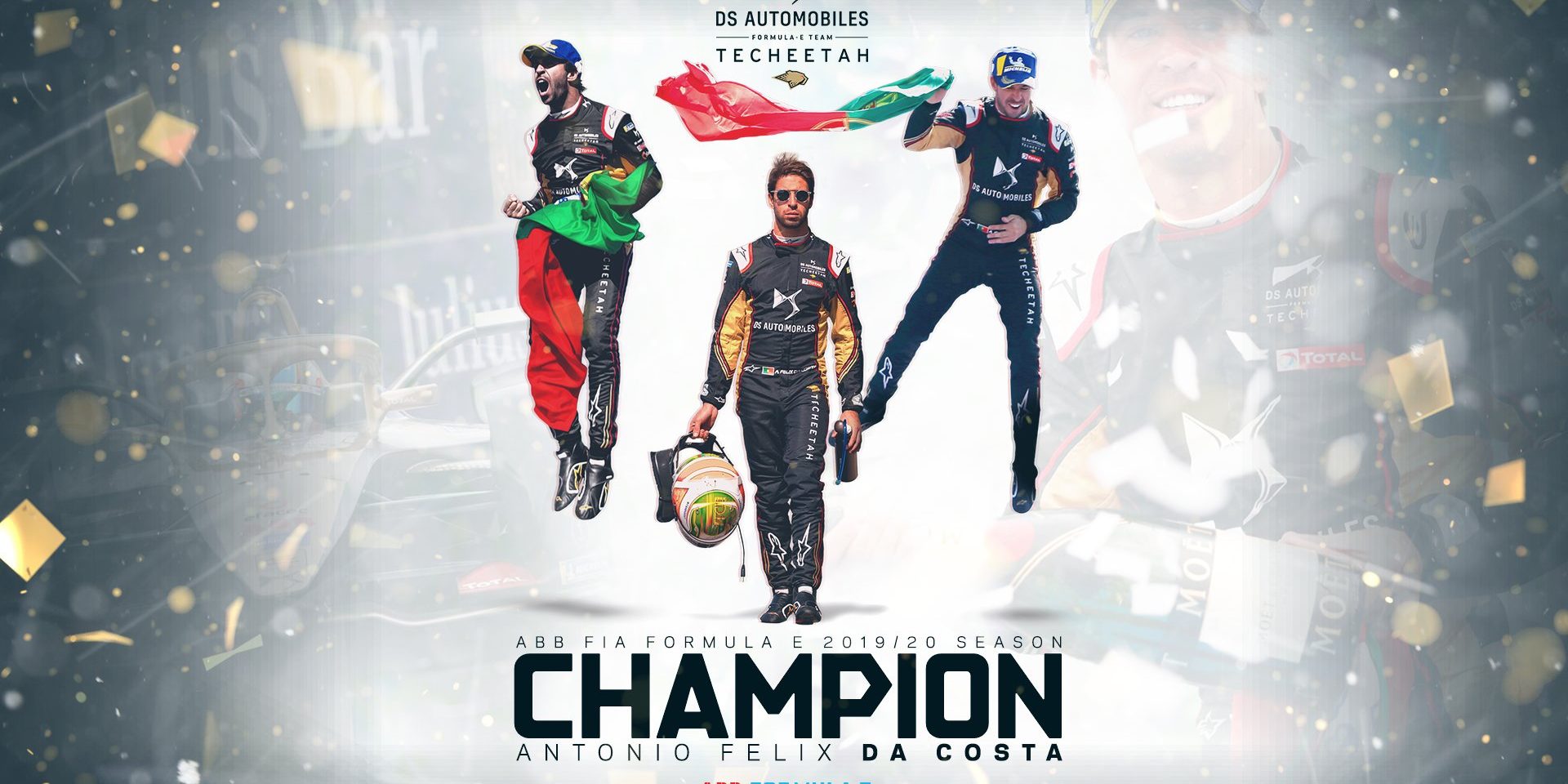 Newly-crowned Formula E World Champion Antonio Felix da Costa says he had ‘tears in his eyes’ after initially not realizing what he had achieved, when finishing second in the ninth ePrix of the 2019-20 Formula E season and consequently capturing the title.

Felix da Costa took his first top-echelon world championship title, in his first championship winning effort since battering the Formula Renault 2.0 NEC field back in 2009. The Portuguese Techeetah driver did win a handful of World Series by Renault races and scored two victories in the notorious Macau Grand Prix, but never came home with a title again – until Sunday.

“Tears in my eyes”

After winning three ePrix’s on the trot, of which two were held on the Tempelhof Airport in Berlin, Felix da Costa laid the foundation for his coronation in the third of six German outings, last Saturday, by finishing fourth. His lead over then-second placed Maximilian Günther had grown to over sixty points, the amount he needed to have left after the Sunday race to conquer the Formula E crown.

Asked by Trackside Legends if winning the Formula E title is the highlight of Felix da Costa’s racing career, the former Red Bull Junior Team member responded that targets in life change as people grow older. “You are going through different stages in your life”, Felix da Costa said. “But I think I can relate the feeling I had when I won it (last Sunday) to winning Macau or to winning a World Series race against amazing drivers.”

“My happiness peaked in those events individually. The last time, I won Macau twice, but the last one was already an FIA World Cup race and where I was coming from in my life it was an amazing feeling to win (on that moment in time)”, Felix da Costa refers to the season in which he disappointed in DTM, as he scored points in only five of the eighteen races that year.

The biggest difference, the Portuguese champion says, is the events’ style. “Macau is an one off event, you know you can be feeling good and having a great car that day, and win it, or not, and then you have to wait a whole year, so it’s a very different mindset.”

Felix da Costa was aware of his big championship lead, but realized there were still three races left and the opposition could have gained on him instead of losing out. “I knew it could have happened (winning the title on Sunday), but I knew it could have been postponed (to later this week). But you know, I’m not going to lie, it was ours to lose at that point, so mentally I was ready to win it.”

Whilst crossing the line in second place and thus taking the crown from team mate Vergne, who himself won the Formula E championship twice in a row, Felix da Costa could initially not feel any sort of emotion. “It took a bit of like half of the in-lap to kind of really, really hit me you know. My first feeling when I crossed the line was like ‘why am I not happy right now’, like ‘yes we won’ (the championship). But then I think with time it kind of hits you, and by the time I parked the car I was having tears in my eyes. It was a cool moment”, the newly crowned electric emperor concludes.

While the Drivers’ Championship and the Teams’ Championship have both been decided, there are still two ePrix’s left to run. On Wednesday, 23 of the drivers who competed in the first four Berlin outings will race again, whereas Jaguar driver James Calado already left of for the WEC round in Spa-Francorchamps and therefore will be replaced by series rookie Tom Blomqvist. The season finale’s scheduled for Thursday, both races start at 7 PM local time (GMT+2).