Formula E.. the lightbulb of motorsports 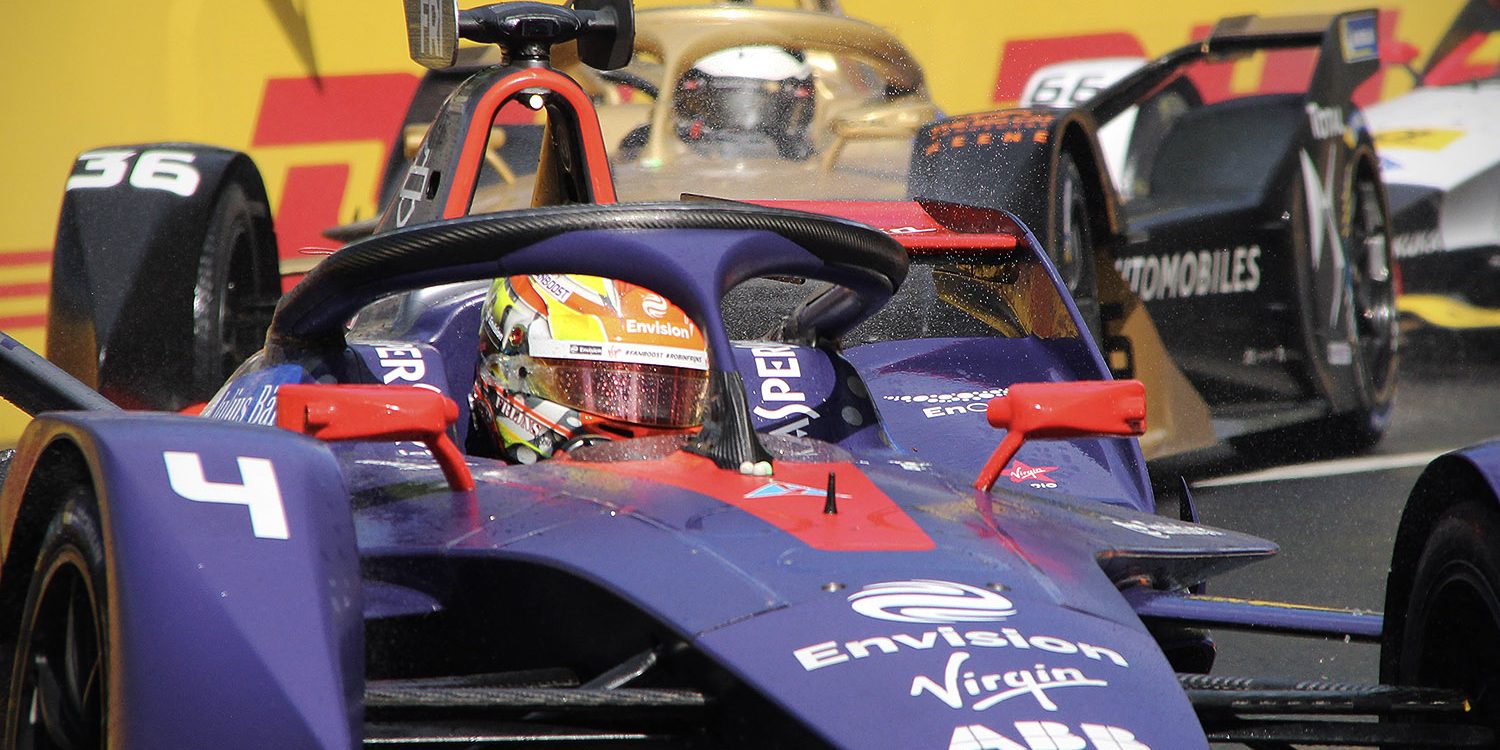 As Oren Harari, business professor and author of many books, said: if we would have continued to improve candles on and on, we wouldn’t have electric power. The same goes for the car: if we were to constantly improve the horse-drawn carriage, we wouldn’t have cars like we have today.

“The electric light did not come from the continuous improvement of candles.”

Could the same be true for motorsports? While the ever-evolving sports began (when looking at F1) in 1946, according to Henry Ford it all began a lot earlier.

We at Trackside Legends headed to one of the most important cities in motorsports, the hometown of the Federation International Automobile, better known as the FIA. We wanted to check out for ourselves if this relatively new championship, which started in 2014, could compete, or eventually even knock F1 off its throne as the most important racing class.

For a street circuit, the spots around the track you can access as media accredited personnel are quite good, you get to see a lot of action up close. But the track action can also be followed pretty good for fans with normal or grandstand tickets. There are massive screens all around the track, so you won’t miss out on anything happening elsewhere on the track.

“Auto racing began 5 minutes after the second car was built.”

How does the atmosphere at this event, for example, compare to an F1 race? We like to compare it to a festival-like atmosphere, in which the Formula E race is the main event. There is a Fanzone where teams show their electric technology and promote their street cars, this area is also packed with food trucks. It’s even not the food you would usually expect to find at a racing track, this is much better. Everyone walking around the area is very relaxed and we saw a lot of families attending this event.

As said, the action on track can be seen from a lot of places. This is really taking the racing to the people and using the already available utilities in a city. Quite a ‘green’ way to organize this kind of event.

The build-up all day is well organized, there is a lot of track action, most of the practice sessions, qualifying and the race are even packed in a one-day event.

What do you think of your chances in the rain, starting from P4?

In the practice session this morning I went off hard pretty hard in the rain, so I have no idea how things are going to work out. The chances are the same for everyone, so we’ll have to see.

Is there rain predicted during the race?

How are the grip levels then, even if it’s not raining it will be even more difficult than normal I assume?

Grip is always an issue on this track, and indeed now especially with the rain. All the grip laid down in other sessions is mostly flushed away.

Well good luck with the race Robin and be careful!

Thanks mate, I will.

We are witnessing a very exciting Formula E race, it’s the first wet race in the history of this series. There is a lot of overtaking going on on track and drivers are directly punished for their mistakes by hitting the wall. Robin Frijns was lucky and benefits from a mistake by Oliver Rowland, who is in front of him, therefore promoting him up to second. From here on he puts Buemi under a lot of pressure and finally secures his first win after a nerve-wracking race. The race had all ingredients you need to make it exciting:  overtaking, rain (even hail), crashes and a hero to come out as winner at the end! He was the 8th winner in 8 races, so whoever says Formula E is boring and predictable is absolutely wrong.

We talked to Robin after the race to ask him how he experienced this first win and what it would take to improve the image of Formula E.

Robin, you are the first Dutch Formula E winner on Kings Day? How was your race?

Yeah fantastic of course, and it is Kings Day indeed, I feel like the king today!

You are the king!

It was a very hard race, the last thing you want if you take the lead is that it begins to rain. So it was very difficult to maintain my position on track.

I even saw hail at one point!

Yeah I could feel on my gloves that it hailed, quite bizarre!

How did you prepare for the overtake action?

I was quite a lot quicker than Buemi and I didn’t want to do a do-or-die move, because it was for the lead and points are very important in this championship. So I had to do it or keep my position, but he made a small mistake in turn 9 and went wide so I put my nose in it and used attack mode which I didn’t expect, I hit his valve unfortunately. I spoke to him and I couldn’t do much about it, but a shame for him.

Talking about Formula E in the Netherlands, the sentiment is not quite good yet around Formula E.

I can tell you, it isn’t’ boring! We had 8 races now, with 8 different winners. I don’t know how much are fighting for the championship, but it is a lot. In F1 maybe 5 or 6 people can fight for the podium and in FE everyone can win.

Can you tell if there are any plans to get Formula E to the Netherlands?

I don’t know yet but i heard some things and I tried to get Formula E to Rotterdam a few years ago, that didn’t work out unfortunately, I don’t know why.

I hope there will be a race in the Netherlands, we have a lot of big cities on the calendar and a race in The Netherlands would fit just perfect. I don’t think Amsterdam will do with the canals but Rotterdam would be good, or my hometown Maastricht of course 🙂

Well this is a good start to get it to The Netherlands, are you gonna celebrate tonight?

Of course I will, cheers!

So from what we’ve seen, this class is a sport on its own which is hard to compare to other motorsports classes. As we look at technology and how close it gets to road cars, the technologies will be used in electric street cars as they become more and more available. However the looks of the Formula E cars are not close to street cars and with the open wheel form it is already positioning itself as the absolute top of electric racing.

In our opinion this should also be the way to look at electric racing: it is a class and parallel form of racing which can exist on its own besides other forms of racing. As we see it, it’s is not a question of Formula E eventually pushing Formula 1 aside or Formula 1 becoming fully electric. But 2 completely different championships that can easily exist next to each other.

Of course other classes like Formula 1, Formula 2 and DTM will improve in motor performance and will add more and more renewable energy sources. But for example, they might also shift to hydrogen powered drivetrains in the future.

Just as on the road, we think there is more than enough space for both electric-powered race classes as well as for other sources of energy, some of which we might not even know of yet.

Formula E could be the light bulb of motorsports, as it is a significantly different way to power race cars. Besides that it’s taking racing to the people, so the class can function as a promoter really for all other forms of motor racing whichever way they are powered. We shouldn’t be afraid of this class but embrace it and learn from the good things of how electric racing is set up.

We are gradually falling in love with Formula E, not head over heels, just taking it slowly. One step at a time. Formula E is here to stay and is a welcome complement to the other autosport classes.