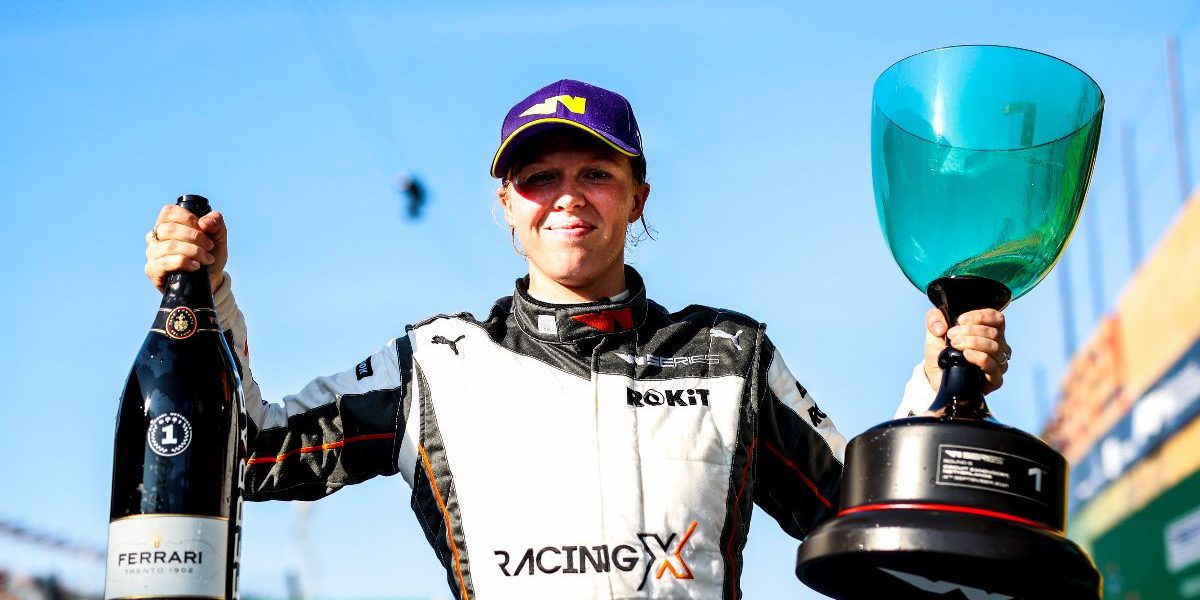 A bold overtake at Circuit Zandvoort gave Alice Powell (Racing X, GBR) her third victory of the season and a share of the lead in the W Series title race.

Alice started from second on the grid in the Netherlands, but passed pole-sitter Emma Kimiläinen (Ecurie W, FIN) in the early stages before beating Jamie Chadwick (Veloce Racing, GBR) by three seconds. The fourth win of Alice’s W Series career moves her level on 109 points with defending champion Jamie – who scored a fifth consecutive podium finish – at the top of the championship standings. Emma completed the podium and is now 34 points behind Alice and Jamie with two rounds remaining, the first of which takes place at the Circuit of the Americas, Austin, Texas, USA, on 23 October.

On another warm and sunny day at the Dutch seaside resort bordering the North Sea, the start of the race was delayed by 30 minutes due to red flags during the preceding Formula 1 qualifying session. Bruna Tomaselli (Veloce Racing, BRA) qualified 14th but started at the rear of the field after spinning on the formation lap, during which Emma also dipped a wheel into the gravel.

When the lights went out, the Finn made a flying start to retain her lead at the end of lap one ahead of Alice – who survived early pressure from third-placed Jamie – by just over one second. Abbi started fifth but lost three places in the early stages, promoting Jessica, Abbie and Belen up the field.

With 23 minutes remaining, Alice set the fastest lap of the race to close to within two tenths of a second of Emma, who she overtook on the inside at Turn 10 to hit the front. Jamie followed Alice past Emma to go second at Turn 1 on the next lap.

At the halfway stage, Alice led Jamie by 2.2 seconds with Emma a further 4.1 seconds back in third and coming under pressure from Nerea and Jessica. Alice had extended her advantage by a second with a quarter of the race left and eased to victory.

The fiercest battle in the closing stages was for seventh place between Belen and Abbi. Abbi – making just her second W Series appearance – looked to have made a successful overtake on the penultimate lap when she attempted the same move at Turn 10 that her mentor Alice had pulled off earlier in the race. Belen survived on that occasion, but the pressure told on the final lap when Abbi went past her at Turn 3.

Alice was also named Star of the Track, a brand-new fan initiative in association with W Series’ partner, Heineken. Alice received more votes from fans than any other driver at the end of Saturday’s race.