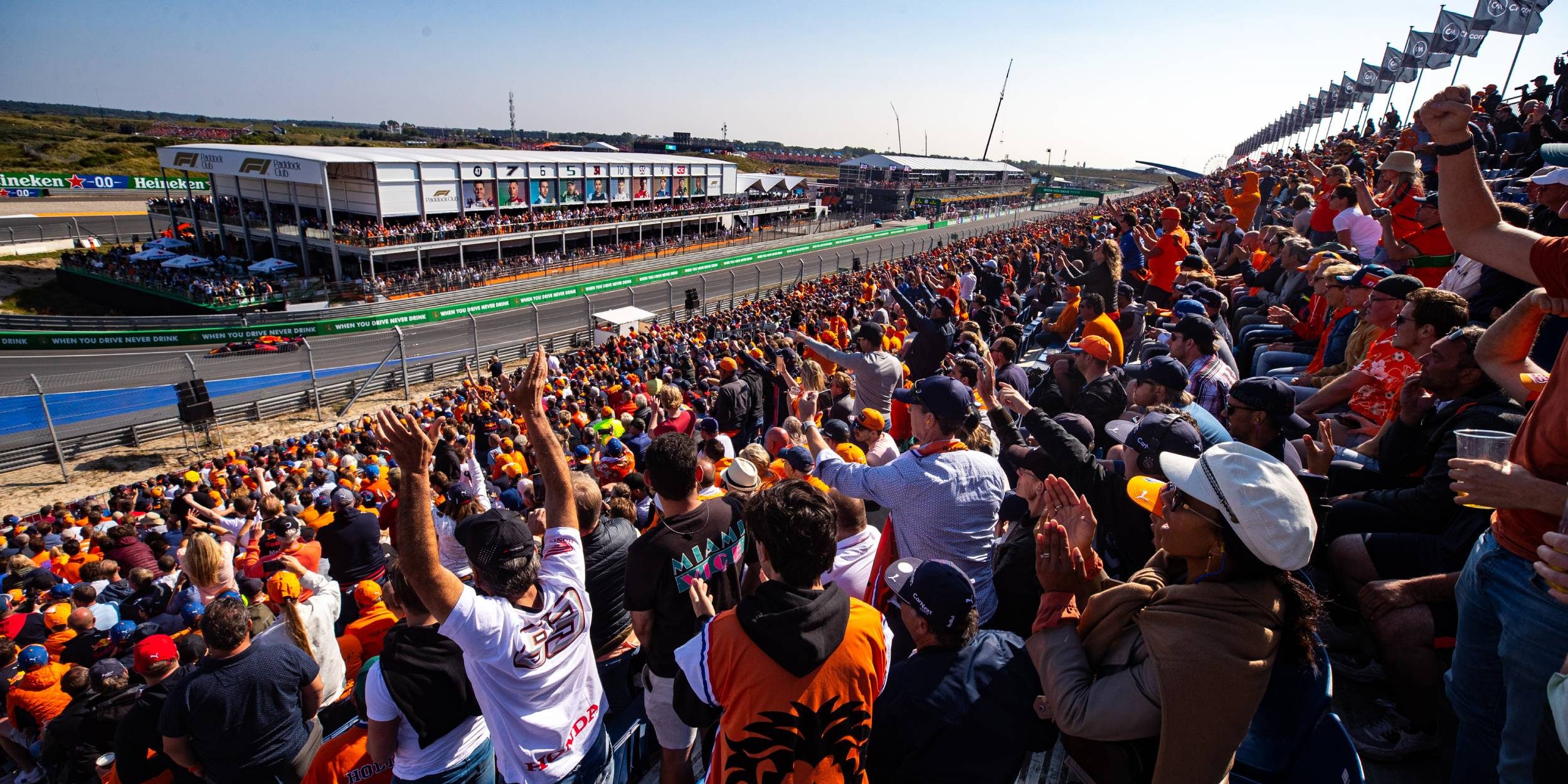 The second day of the Formula 1 Heineken Dutch Grand Prix 2021 was successful. The crowds were manageable, partly as a result of the stricter communication towards visitors, the peak moments of the day before were avoided. Up to 65,000 motorsport enthusiasts were treated today to a sun-drenched, diverse racing program with the king’s number; qualifying in Formula 1.

“What a day. After 36 years a Dutchman on pole position, brilliant weather and a great atmosphere.”

First Dutchman on pole position in Zandvoort
Max Verstappen took pole position in front of frenzied, orange-clad race fans. A unique achievement on a particularly atmospheric and festive day. Never before has a Dutchman been on the first starting position during the Grand Prix of the Netherlands.

Only two percent by car
Both the entry and exit of fans through Zandvoort went smoothly. In the morning, almost half of the visitors arrived on foot or by bicycle, 33% by public transport and 8% by shuttle buses (MaaS – Mobility as a Service). It is striking that only 2% of racing enthusiasts come by car. These figures make a surprisingly positive contribution to the organisation’s sustainability ambitions in the field of mobility.

Posted event
The 2021 Formula 1 Heineken Dutch Grand Prix is ​​organized under the protocol of ‘Testing for Access’ whereby spectators are asked for a vaccination certificate or negative test result on arrival at the circuit. The public is then encouraged to stay in their designated place as much as possible and a good spread of visitors at the event is ensured.

Measures have an effect
On Saturday 4 September, more focus was placed on the rules of a ‘Test for Access event’ in the communication to visitors. For example, visitors were asked through various means of communication to use their permanent seats as much as possible and to give each other space. In addition, volunteers are deployed to, for example, point out to people to consume their drinks in the stands. The coordination consultation (AO) between the various services involved (including the fire service, police, municipality, Kennemerland security region, NS, ProRail) provided feedback that the measures taken are having an effect.

Atmospheric orange sea of supporters
Race fans could enjoy a historic qualifying today at the Grand Prix in the Netherlands, which took place again at Zandvoort for the first time in 36 years. Max Verstappen, who took pole position and delightedly thanked his team and the fans, offers a promising prelude to tomorrow’s race.

“What a day”
Robert van Overdijk, director of the Dutch Grand Prix says:
“What a day. After 36 years a Dutchman on pole position, brilliant weather and a great atmosphere. The communication towards visitors that we have used has the desired effect with manageable crowds and good flow. There was not a single traffic jam in the vicinity of Zandvoort. The inflow and outflow went very well and only 2% come by car.”