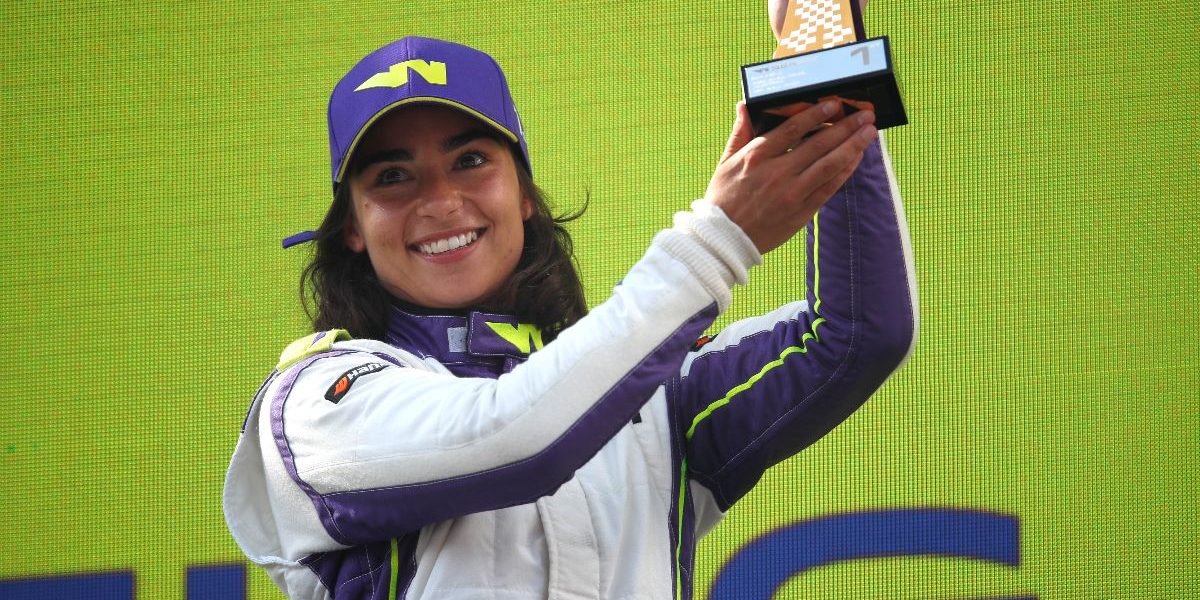 W Series, the international single-seater motor racing championship for female drivers, today announces that reigning champion Jamie Chadwick will defend her title in 2022 when she will compete for the Jenner Racing team.

“”I am really excited to be returning to W Series to defend my title.”

W Series, the international single-seater motor racing championship for female drivers, today announces that reigning champion Jamie Chadwick will defend her title in 2022 when she will compete for the Jenner Racing team.

In her two victorious seasons with W Series, the 23-year-old Briton has won six races and finished on the podium in all except two of her 14 starts. That impressive form has created opportunities for her in the upper echelons of motorsport, most notably with the Williams Formula 1 team for whom she has been a development driver since 2019.

As W Series stages support races at eight F1 Grand Prix weekends this year – starting in Miami, USA, in May – Jamie’s return to the series represents a key step in her career, allowing her to race at five new circuits, work closely with the Williams team at F1 race weekends, and help develop W Series’ young stars who have come to view her as the benchmark for female driving talent.

Jamie will go for a landmark hat-trick of W Series titles in the colours of the newly formed Jenner Racing team, working alongside team principal and former racing driver and Olympic champion Caitlyn Jenner, who knows exactly what it takes to excel at the elite level of sport.

Catherine Bond Muir (Chief Executive Officer, W Series) said:
“Jamie is an exceptional talent who has helped elevate the profile of W Series and inspire the next generation of female racing drivers with her performances on track – which have seen her become a two-time W Series champion – and off it where she has articulated our mission passionately and eloquently to a global audience. We are delighted that she has decided to defend her title, and I can’t wait to watch her race at eight iconic circuits on the Formula 1 calendar for the Jenner Racing team.”

Jamie Chadwick (W Series champion) said:
“I am really excited to be returning to W Series to defend my title. To be asked to return by Jenner Racing was an opportunity I didn’t think twice about. Together, we are focused on doing all we can to win title number three. I have spoken to Caitlyn Jenner and her vision for the team is amazing. I have zero doubt that she will be able to help take my career to the next level and open doors for me internationally.

“This is a big development year for me. I have plans to run a supporting racing programme and I have made no secret of my desire to compete in F3 and F2. But timing is everything and the opportunity that W Series gives me to get more competitive experience at world-class circuits is a key step on my journey towards competing in F1. I would like to thank W Series for their continued support, and I am looking forward to kicking off season three in Miami.”