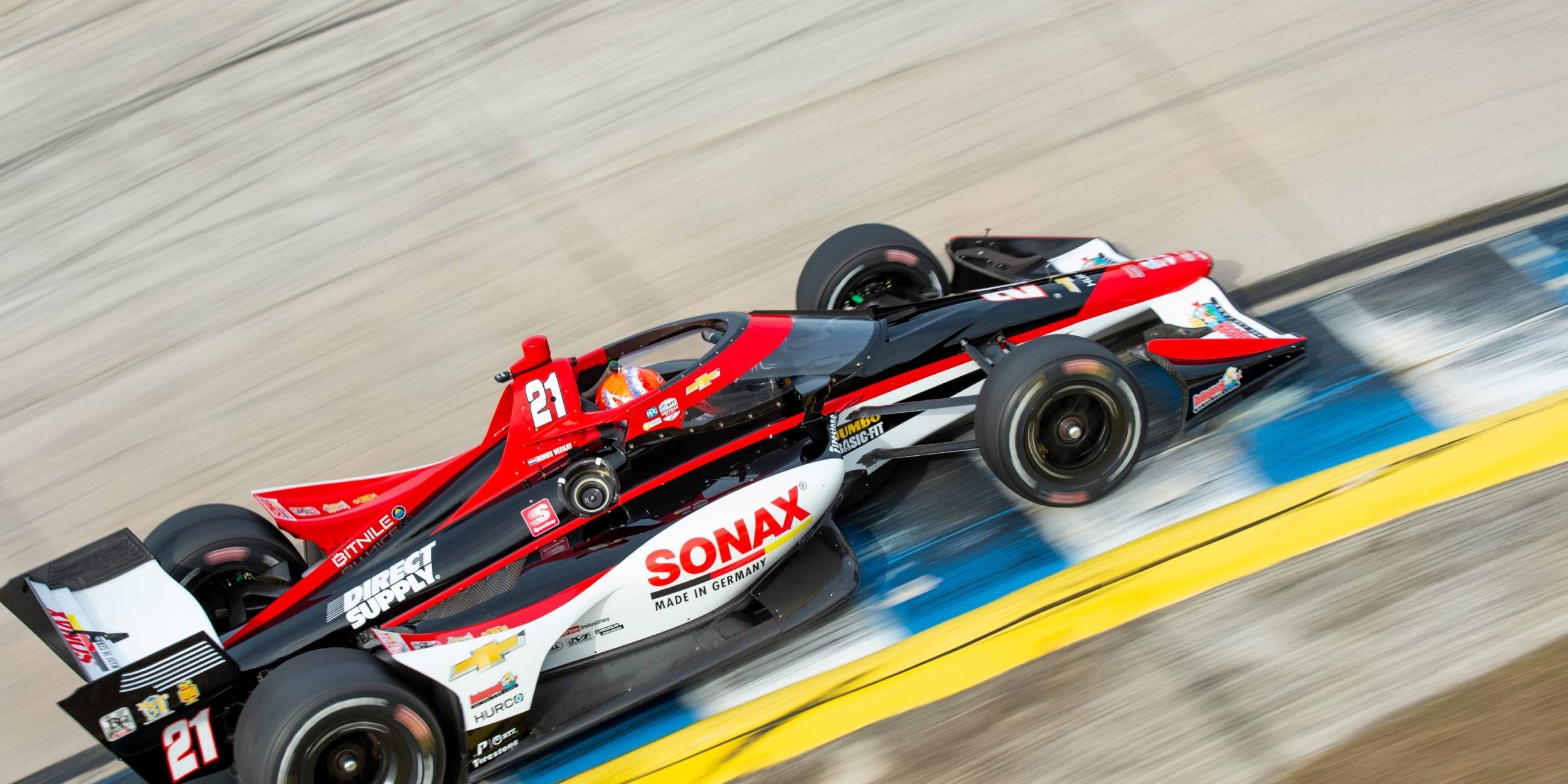 Ahead of the new NTT INDYCAR Series season, Rinus ‘VeeKay’ van Kalmthout was allowed exactly one day of testing. The 21-year old Dutchman climbed into the #21 SONAX Chevrolet of Ed Carpenter Racing on Tuesday (yesterday) at the Sebring circuit to prepare for next week’s season start.

“The Honda-powered drivers were good and I am the first driver with a Chevrolet engine.”

After the tough 2021 season finale, VeeKay is keen to start the new year strong. The Fort Lauderdale native has his sights set on the upcoming season after the finish of the last IndyCar race (Sunday, September 26, 2021) and is setting the bar high. VeeKay wants to take another step forward after a 14th place finish and the Rookie of The Year title in 2020, and a 12th place finish with one win in 2021. The Dutchman knows that he and his employer Ed Carpenter Racing will have to work hard to achieve their goals, given the extremely high level of competitiveness within the racing class.

At the bumpy, yet legendary Sebring circuit, VeeKay got the chance to make his first IndyCar metres of 2022. The young Dutchman took to the track in his new livery and focused on a variety of strategic and aerodynamic variations in the morning session. In the American afternoon, VeeKay drove fast lap times, only to be a tenth of a second off the fastest time (driven by Simon Pagenaud). VeeKay proved to be the fastest driver with a Chevrolet engine.

“This was the only test day before the start of the new season and we made the best use of the time,” a satisfied VeeKay said from the Sebring circuit. “We did a lot of driving and a lot of testing. In the morning we tested various possibilities, and in the afternoon we combined the best versions. After the lunch break everything fell into place and we were super fast.”

Timesheets don’t say everything during a test day, nevertheless VeeKay is extremely satisfied with his fourth place. “The Honda-powered drivers were good and I am the first driver with a Chevrolet engine. Besides, the gap to leader Pagenaud is negligible. On top of that, the red flag waved shortly before the end of the race robbed me of the chance to go even faster.”

VeeKay wants to forget the challenging 2021 season ending as soon as possible by starting the new year with strong results. “In that respect, we are well ahead – at least further than we were last year around this time of the season. This test day has given me and the team a huge confidence boost and I can’t wait to race in the streets of St. Petersburg!”, the Dutch driver concludes combatively.

Next weekend VeeKay will compete in the 2022 season opener. The first race of the new NTT INDYCAR Series season will be held at the St. Petersburg street circuit in Florida on Sunday, February 27. The race will start at 12.30pm local time, which is 6.30pm in the Netherlands. The race can be followed live via Ziggo Sport.