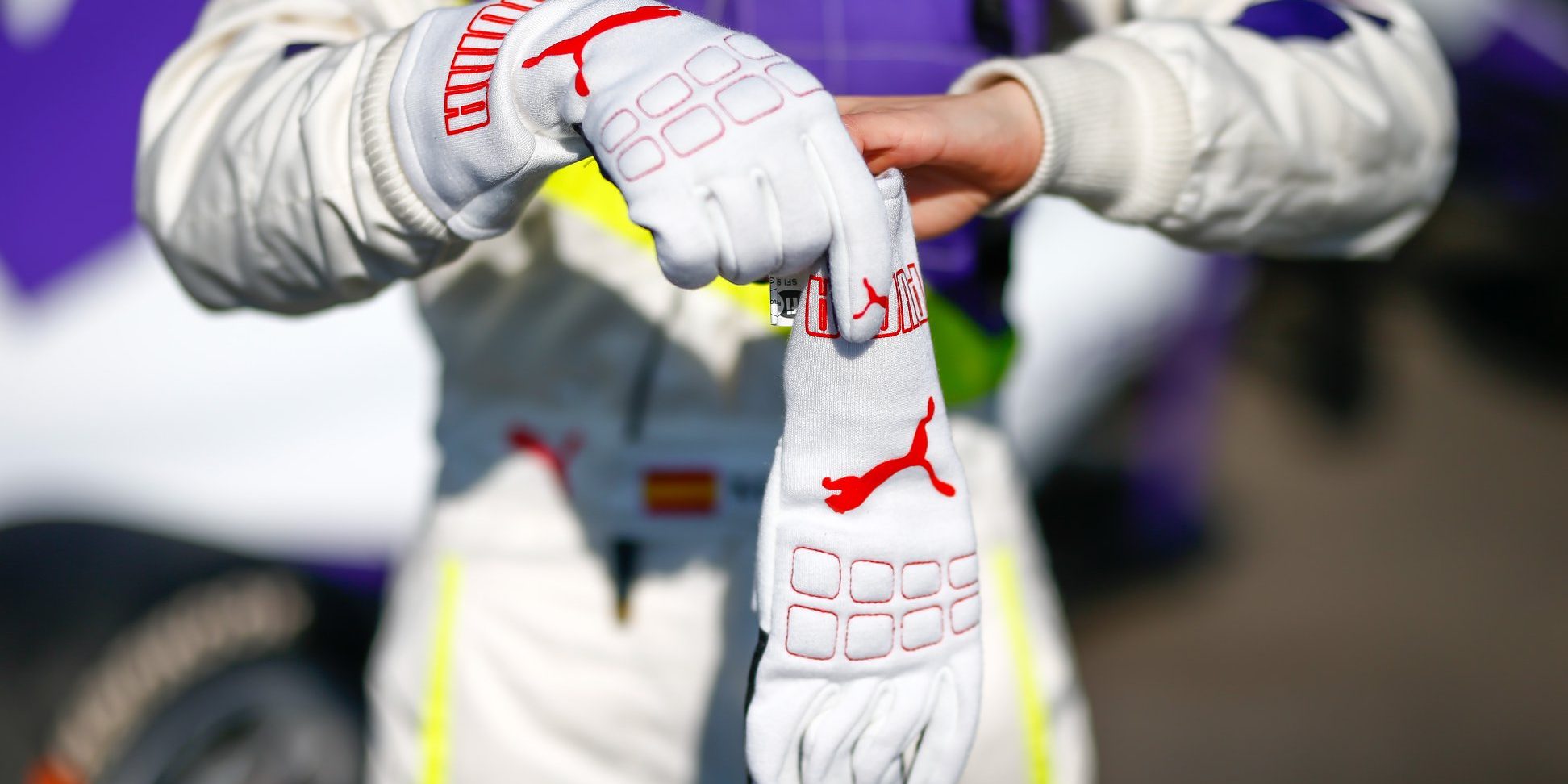 Who run the world? Girls! Despite of the lyrics of Queen Beyonce, it is still to this day not a no brainer that women have equal rights to man. Though rights are the same in most parts of the world, there is still a hidden inequality. Governments are debating over this issue and set quotas for the number of women in companies and high government positions. If we look at racing it may be even worse. This sport has been dominated by men since the very beginning, women could often only be part of the sports as decoration.

On this day we see some women in motorsports like drivers, team bosses, hospitality and mechanics, but compared to men it’s still not a lot. Claire Williams, Monisha Kaltenborn, Tatiana Calderon, or our Dutch Beitske Visser. Now you might know the first name in that list. You probable know it first of all, because of her father’s team she runs, but most people will not have heard of the other names in this list.

“Lella Lombardi was the last woman to compete in Formula 1, in 1976” 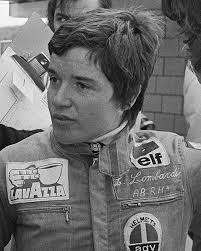 Now when we read about the W series we immediately had mixed feelings. Why should women need a special class? Shouldn’t they ‘just’ get the same rights and chances as every other sporter, trying to reach the top? At the same time we got the feeling it isn’t this simple, otherwise the problem wouldn’t be there right?

So do women need the W series, as a podium for themselves and to create the opportunity they otherwise wouldn’t get? We have seen a lot of scepsis about this new racing class for woman and we wanted to find out how this class works and what their goals are. There are a lot of prejudices about this series and our goal is not to take them away, they might be true for all we know. We just want to give you an insight in this new class and see if it has any benefits for the sporters, the fans and woman in general.

First of all, the ambassador of the series is ex-Formula 1 driver David Coulthard. Yes, indeed, this is a man. And maybe not one you would imagine to promote a serious championship for women with his Playboy image. But on the other hand, it might just be the right man for the job, if he approves, it must be good and even ‘real men’ are allowed to watch.

“I firmly believe that W Series is a radical but crucial innovation in motorsport, and that it will result in the development of some very talented and successful female racing drivers, this year and in years to come.”

All drivers in this championship were selected during a couple of selection rounds. First of all drivers from all over the world could opt-in, but only 55 drivers where selected to drive during the 2 selection sessions after which only 18 drivers remained to compete against each other in the series. The big difference with other series is that there are no sponsors at this point, so the cars are all clean and none of the drivers have to worry about getting sponsors on board. 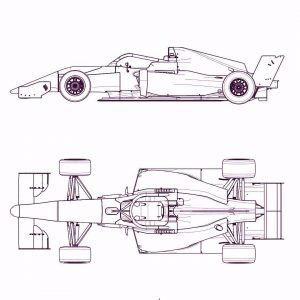 The series consists of 6 races as support program of the main event, the DTM. It is quite a good fit actually, before Formula 3 merged with the GP3, the F3 European Championship was part of the support program. So to still having an open wheel series in the program seems like a good thing. The Championship started last weekend at the Hockenheimring, next up is Zolder in Belgium followed by Misano (Italy), Norisring (Germany), Assen (The Netherlands) and ends at Brands Hatch (UK).

The ladies race in a Formula 3 Tatuus T-318 car which is homologated by the FIA to the latest F3 specification. This chassis carries a 270hp 4 cylinder engine tuned by Autotecnica Motori. To compare it a bit, the F3 cars (support races at Formula 1 weekends) are equipped with a 6 cylinder 380hp Mecachrome engine. So it’s quite a simpler version and also lack a DRS system. For safety reasons the car is equipped with a tested monocoque and Halo meeting the latest FIA standards. The cars rotate each race, so there will not be one driver having advantage of a slightly better produced chassis or engine for example.

The drivers come from different backgrounds. Beitske Visser, a girl from Friesland, The Netherlands, drove in different Single seater championships, GT cars and started her career in karting. Jamie Chadwick, winner of the first ever W series race, even managed to win a Formula 3 race in the British Championship. 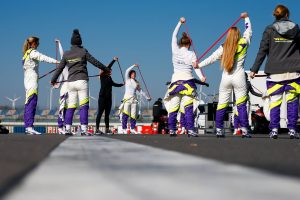 We told earlier in this article that the drivers don’t have to pay for their seat, but you know how things work, no money, no racing. How does the W series think to pay for all this? On their website they state that they indeed don’t charge drivers to race, they are selected on pure talent. In the near future however, the owners will try to onboard some big sponsors to make money out of all the efforts to re-invest in making the series more and more attractive. Rumour has it that Liberty Media, the rights holder of the Formula 1, has already shown interest in the series.

The distribution of points is the same as in Formula 1 and most other open wheel championships starting with 25 points for the winner and ending with 1 point for the number 10 finisher. There is no point awarded for the fastest lap though, this might change in the next season if it is a success in Formula 1.

The first race ever was in Hockenheim on the Saturday before that weekends first DTM race. The girls were interviewed on the grid and you could feel everyone had special thoughts about this first race. Will it be a success and will it be fun to watch?

As the grid clears and the ladies start their formation lap, the tension rises. One of these girls will be the first W series winner. Forever. The lights go out and off they go into the first corner, some go wide but most make it out ok. A few corners later there is direct action, two drivers hit each other after a locking brake, or a kamikaze action if you like. The Safety Car comes out and the field comes close together again.

After the SC, there are again a lot of overtake actions on track. Beitske Visser (nr 95) manages to get up to P5 from an 8th starting position. She drives towards the car in front of her and overtakes again, P4 for Beitske! With only 17 minutes to go, Beitske has a podium in sight, but if she wants to make it onto the podium she has to put in a little extra. She tries, but also gets pressure from Wholwend who threatens her 4 place. Visser manages to keep her position as Wholwned attacks multiple times. When the 6th place British driver Moore charges on Wholwend, Beitske gets some air to defend her 4th position.

The top 3 drivers drive away and have a comfortable gap to the rest of the field. They are now running in the order of Chadwick on P1, Powell on P2 and the Spanish Garcia on P3. With 12 minutes to go Garcia manages to set the fastest lap, unfortunately no extra point for her in this Championship. But it shows how much she wants those extra points for second place. There are a lot of other groups fighting on track, it never gets boring. Powell counters Garcia and takes over the fastest lap of the race, followed by Visser. Though Beitske Visser is mostly defending her 4th place, the podium seems too far a stretch now, but you never know what will happen in the top 3 so you better be there when things get nasty in the top.

With less than 10 minutes to go there are some fights being fought out in the back field. The top 3 cars stay very close within 1,7 seconds. The race still counts only 2 DNF’s, the ladies who collided in the opening lap of the race. Garcia puts Powell under pressure again for P2 as Visser is doing her utmost to keep and maintain her 4th position to bring home points. Powell loses grip and Garcia is looking to take advantage of this mistake. Still 1 minute + one lap to go. Visser keeps calm and hopes for a mistake in the top 3. The Spanish Garcia is still in the gearbox of the British Powell. The drivers go into their final lap and Jamie Chadwick comes across the finish line first! Followed by Powell, Garcia and Visser.

Chadwick drove to a well deserved win. Started from pole, fell back to second but regrouped after the safety car. Beitske Visser finishes 4th at only 3,4 seconds from the winner, that’s how close the racing is in this series. Jamie Chadwick is the first ever winner of the W series championship inaugural race. Congrats and we hope to see a lot more of her in the future!

We had a lot of fun watching this race between real talented drivers. When you watch the race, you never notice if there is a man or a woman driving. But in the end we feel like this is a good development for racing women in general. Maybe the championship won’t last forever, but in our point of view it is needed at this moment to get attention for the bad position female drivers are in.

If the series can manage to promote even one of the ladies to Formula 1 or help land a good sponsor deal, the goal of the championship is reached. It is good that someone steps up for the ladies in motorsports and this might not be the best way, but they’re trying their very best to get attention for this problem. Not sitting down, making up excuses about why they can’t get into Formula 1, but with action and determination. Mind you that most of the drivers in this Championship participate in the W series besides their ‘normal’ activities in other Championships. The goal is also to gain extra experience, track time and knowledge that the female drivers can use in the rest of their career.

We’ll be following this championships close and when they race at Assen in July, we will pay them a visit, so stay tuned!