WEC from a fans perspective 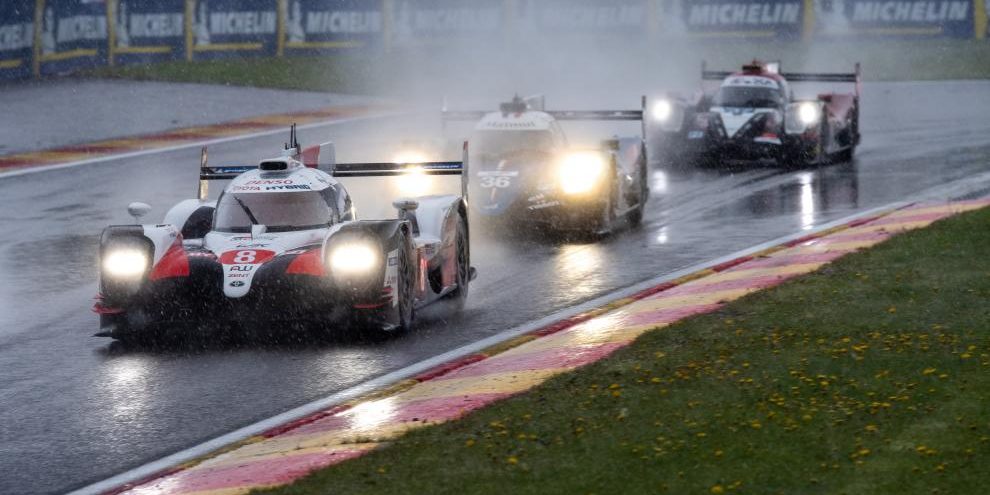 Last weekend circuit Spa-Francorchamps in Belgium hosted the FIA World Endurance Championship (also WEC) 6hrs of Spa for the 8th time now. This form of motorsport is long distance racing, thus reliability and consistency are very important. Different classes compete with each other in the World Championship. This so called ‘Super Season’ which stretches out over 14 months from May ‘18 till June ‘19. The Championship started at Spa last year and will end at Le Mans in the second week of June this year.

“I really fell in love with this championship.”

Let’s start with: Which classes are there in WEC? Well there is LMP1, LMP2, LMGTE-PRO and LMGTE-AM. I’m gonna tell you a bit about each of these individual classes, all fighting in their own championship, but racing in the same race. Are you still there?

LMP1, short for Le Mans Prototype1, is the very top class in this series. This is the class for factory teams like Toyota (and in the past Porsche and Audi) and independent privateers like ByKolles, SMP Racing and Rebellion. LMP2, as you would have guessed, is short for Le Mans Prototype 2. This is a class similar to the LMP1, but is a privateers class for teams with a much smaller budgets. For instance Racing Team Nederland, G-Drive and Jackie Chan Racing are competitors in this class. 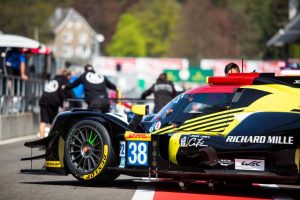 To reduce on spending, in LMP2 teams get to chose one out of 4 chassis manufacturers: Oreca, Ligier, Dallara or a Riley chassis. These cars are standard equipped with a Gibson 4,2 liter V8 engine. To cut cost even further, the engine and chassis are sealed and the teams are not allowed to develop the cars. Only in the event of a rule change, the teams are allowed to modify their car to comply with the new regulations. Another thing that separates LMP2 from LMP1 is that the sales price of the car, without engine and electronics, cannot be higher than €483.000.

LMP1 teams don’t have these limitations, which automatically means they are a lot faster with more HP, lower weights and loads of downforce. The LMP1 teams can, unlike the teams in other classes, choose to use a hybrid engine. This season only Toyota chose to drive with this kind of engine. The other teams drive with the standard Gibson 4,5 liter V8 engine, though  I expect more and more teams will make the shift to hybrid engines in the coming seasons.

The LM GTE-PRO class is short for Le Mans Grand Touring Endurance Professionals. This is a class where the teams drive with, though completely modified, street sports cars like Aston Martin, Ferrari, Ford, Porsche and BMW. This is the class that is, in my opinion, the most fun to watch. The differences between the cars are so little that it happens more than once that the top 5 finishes within a few seconds from each other after hours of racing.

Last, but not least, we have the LM GTE-AM class, in which AM stands for Amateur. This class looks a lot like the more professional PRO variant, but the teams in this class compete in a car that is one year older than the cars competing in the PRO class. The biggest difference is the driver lineup. A rule in this class is that 1 or 2 of your drivers has to be an ‘amateur’. A great example is the racing team owner Paul Dalla Lana who races in his own team. There is always a lot of skepticism about the so called Gentleman Drivers, but I recommend you watch the Netflix documentary ‘The Gentleman Driver‘. After seeing this, I got a lot more respect for these guys!

So much for the different classes. I was gonna tell you why WEC is so cool and I strongly suggest you go visit a race one day, be it at Spa or maybe even at Le Mans. This year I went to the WEC for the first time. WEC is known for it’s fan friendliness, something that is not so common if you look at Formula 1 for instance.

“The real winner this weekend is the fan, who gets so much value for money.”

I watch GT races for a long time now and I loyally watch every edition of the Le Mans 24hrs, always from home and this was my first time live at the track at this championship. The party begun at the parking lot, just behind the famous Eau Rouge corner (or is it Raidillon Actually 😉 ). The attended friendly asked me to pay  €8,- for the day, and I replied if he maybe meant €38,-.. Non Monsieur! was the answer of this friendly official in French. You can imagine, this was a good start of my day. Then there is ticket pricing. For as little as €41,- you can access almost all parts of the track. No, not for one day, this is the total price for all three days! 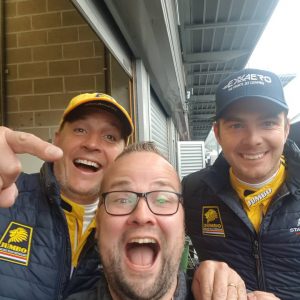 Well, let’s see where we can really get with these tickets. I continued my way in the direction of the paddock and thought to myself I could be stopped any time, as I don’t have the right access pass to enter this holy ground. This never happened, suddenly I was just walking around the paddock where the motorhomes of all teams are located. I strolled around the motorhomes of Toyota, Porsche and Aston Martin and spotted the first driver in the meantime, Pastor Maldonado. Just moments later I learned that paddock access was also included in my ticket!

A few moments later the first cars were passing by for the first training. Goose bumps all over my body and tears of sheer joy in my eyes. How cool is this, I’m at the paddock and see the cars roar and climb up Eau Rouge. The indefinable sound of these racing space ships, as they look like to me, are seeking for the limit and testing different setups. I’m happy like a child.  This pure happiness, I say to myself .

That Toyota won this 6 hour lasting race on Saturday might be no surprise, as they won every race this Super Season. But there was another winner this weekend, and that’s the visiting fan that gets so much value for money because of the openness and hospitable event they created.

I already was a fan of WEC, but now I really fell in love with this championship.

Do you wanna write an article yourself? Contact us and tell us your idea >