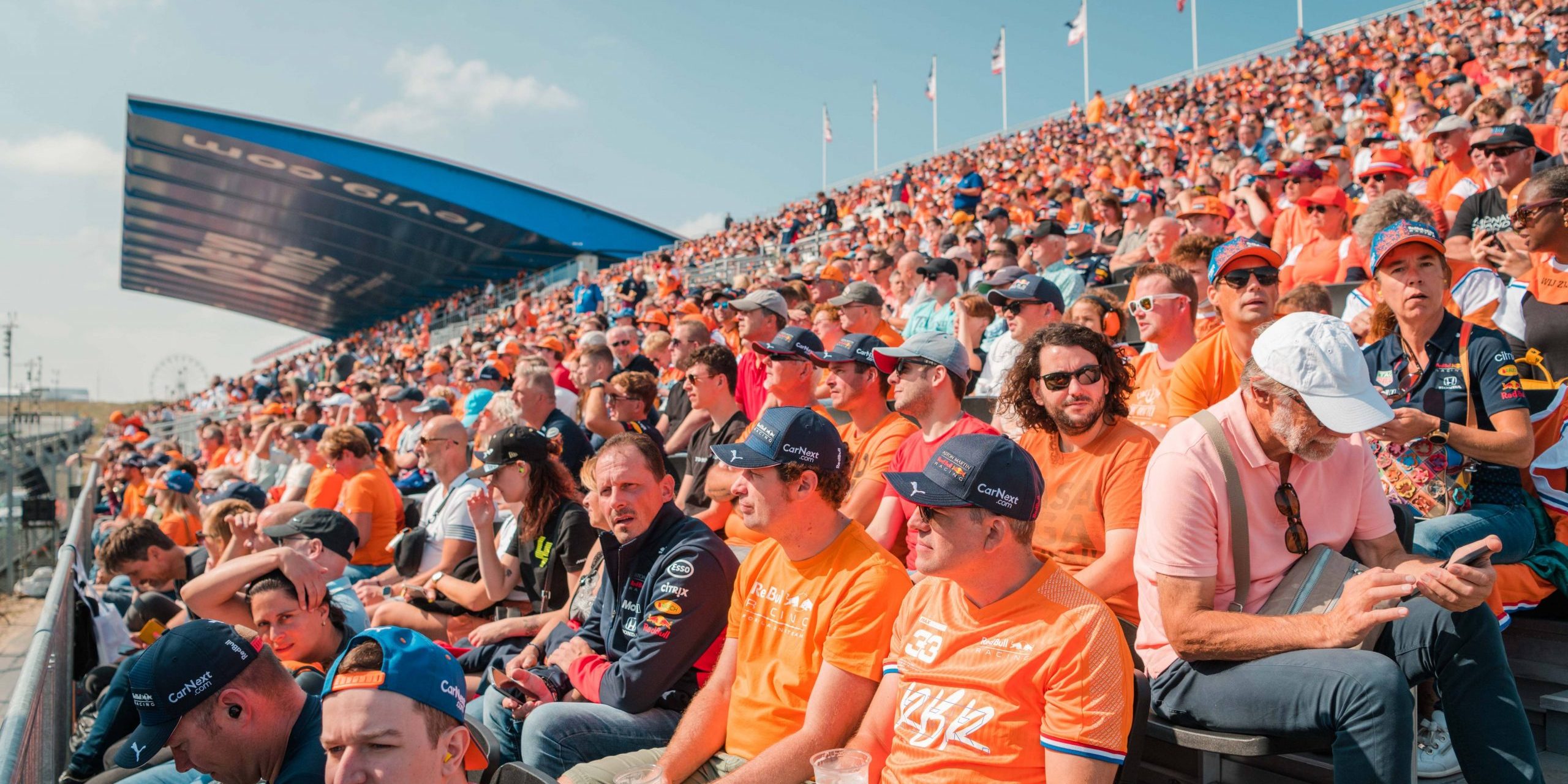 Zandvoort quickly turns orange in the early morning of Friday 3 September for Super Friday. In the radiant sun, tens of thousands of happy race fans find their way smoothly either by train, bicycle or on foot to CM.Com Circuit Zandvoort for the first day of the F1 Heineken Dutch Grand Prix 2021.

“It was great to ride in front of all that crowd today and see that orange sea of supporters in the stands.”

On the way to Zandvoort it is busy but comfortable. NS employees give good positive signals. The gates are busy and the atmosphere is good. The living signposts help visitors with instructions about admission tickets and corona measures for access.

The historic return of Formula 1 to Zandvoort went smoothly on the first day, according to various services involved. The long-awaited edition of the Heineken Dutch Grand Prix 2021 started with a large number of free practice sessions in, among other things, the Formula 1 class. The influx of orange fans went smoothly. There have been no traffic jams and visitors arrived, as expected, mainly on foot, by bicycle and by public transport.

Access to circuit busy but orderly
The CM.com Circuit Zandvoort opened its doors for a maximum of 65,000 visitors for the first time today. The accessibility of the circuit went well while many people were on the road.

During the day there are two very popular parts of the program, namely the two free practice sessions of Formula 1. During these moments everyone is seated in their permanent seat in the stands and the terrain is virtually empty. After this, a large part of the public seeks out the catering and/or toilet facilities. The period in which this public movement arises lasts about an hour. During this break, due to a technical malfunction, the cash registers were closed at a quarter of the catering outlets, resulting in greater crowds than expected.

Additional measures
After F1’s first free practice, the organizers have taken additional measures in consultation with the municipality to ensure a better spread after the most popular parts of the program have ended. In order to give each other space on the site and to promote flow, visitors are asked to use their permanent seats via the large screens, the speaker and social media channels in order to comply with the measures. In addition, hundreds of volunteers have been deployed to point this out to people and catering staff has instructed visitors to consume refreshments in the stands. With the outflow of the public after the second Formula 1 part, the flow of people is better regulated.

In order to promote distribution and the outflow at the end of the day, visitors are requested via push messages not to leave for home immediately, but to visit the beach or catering establishments in Zandvoort, for example. At the time of sending this message, the peak of the outflow has already passed and has been very successful.

Racing spectacle for young and old
On the day of the first free practice sessions, the stands were partly filled with fans who were mainly dressed in orange. A large part of the public today has been able to purchase a ticket with a 50% discount via Jumbo. The supermarket chain has been a sponsor of Max Verstappen for many years and wants to make racing sport accessible to young and old. “I liked driving at Circuit Zandvoort today. It’s quite a short lap with a lot of fast corners, so I had a good time,” Max said at the end of Super Friday. “It was great to ride in front of all that crowd today and see that orange sea of supporters in the stands. It’s great that thanks to Jumbo so many fans were able to attend on Friday. Really pretty.”