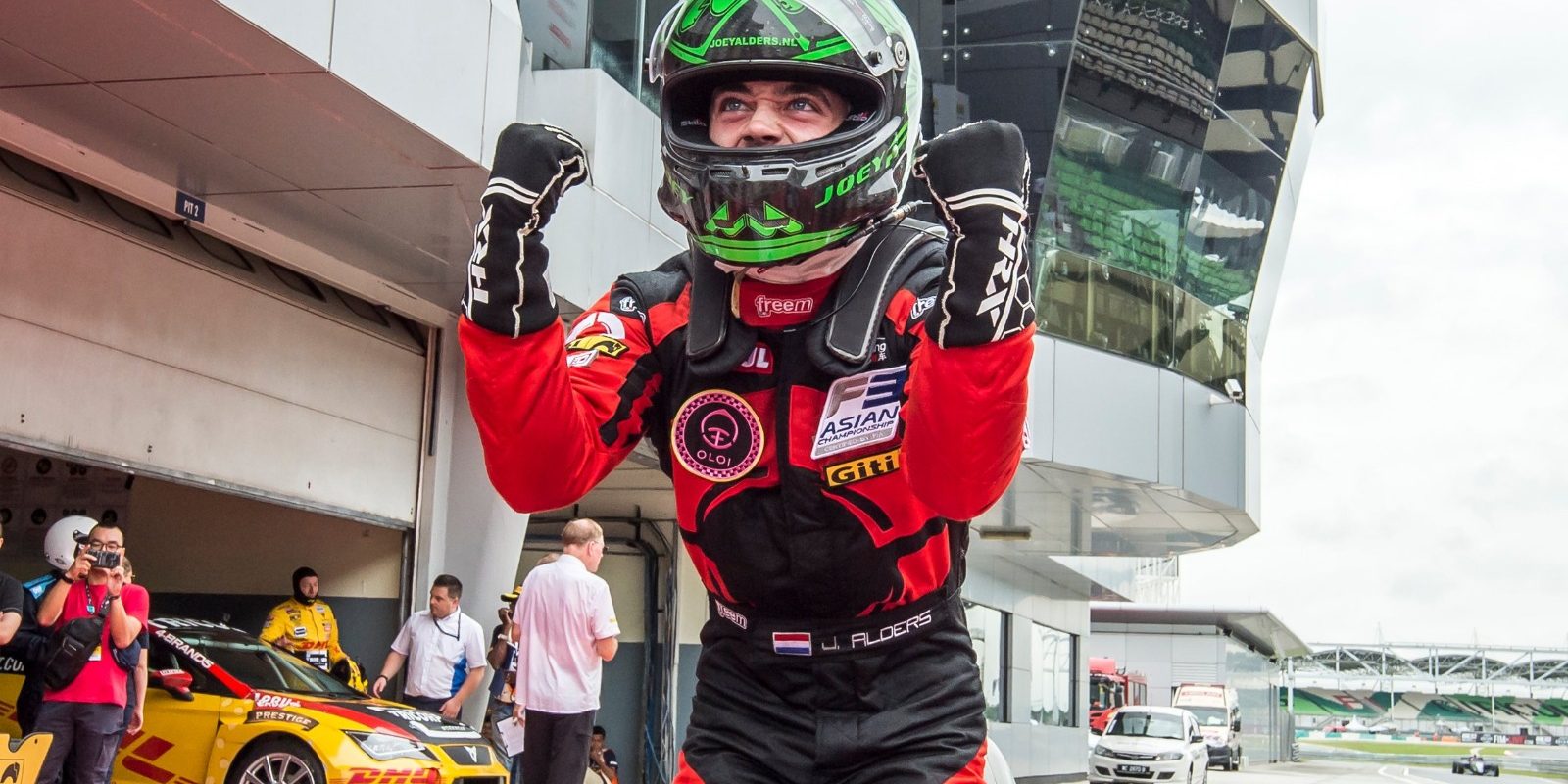 Some years ago, a young Dutch race talent staggered the motor racing world. Max Verstappen was so extremely talented, that he was able to promote from Formula 3 directly into Formula One. Because of his young age and his lack of experience in single seater racing, the international automobile federation decided to introduce a debatable super license points system. Therefore, it’s harder for young talents to reach Formula One nowadays.

Fellow Dutchman Joey Alders, 21 years of age, is one of those talents who needs to climb every step of the ladder – although his resume already speaks for itself. In only two years of single seater racing, the young gun already secured two championship titles. Because of the super license points system however, it’s impossible to directly jump towards the pinnacle of motorsport. Alders would likely need to compete in Formula 2.

“At this moment in time we are focussed on securing a Formula 2 test, post-season.”

Last year, Alders dominated the Asian Formula Renault series championship. His team, BlackArts Racing from Hong Kong, asked him to step up to Formula 3 – although they were only competing in that particular series for just one season. BlackArts hadn’t won a race until Alders came along and although good results depend on various factors, the strong opponents had to surrender to the might of Alders, who won five out of fifteen races. The opposition included Formula 2 race winner Nikita Mazepin, Red Bull junior driver Jack Doohan and Haas Formula One test driver Pietro Fittipaldi. Alders concluded his first season in Formula 3 directly with a title crown.

Attention of Formula One team Renault arose – the French squad promising Alders a place in their renowned driver academy, on the condition he would win the Formula Renault Eurocup title as well. Therefore, the Dutch driver teamed up with Dutch racing team MP Motorsport. After two race weekends, which didn’t work out as planned, the young talent had to make a well thought-out decision. He joined forces with strategic media production company Druktemaker and the marketing heroes of Trackside Legends, to provide future sponsors with a surprising total package.

“It’s a no go to surrender”, Alders said when talking to GPToday.net. “I don’t have to come home with that message”, the Formula 3 champion winked. “Team work makes the dream work. I’m fully focused on my own strengths and my cooperation with Druktemaker and Trackside Legends, that’ll provide chances for the future. It has been a bit of a messy season so far, therefore I think it’s reasonable to re-focus towards 2021. I want to compete in Formula 2”, he isn’t caught watching paint dry.

“I’ve got a Formula 3 and a Formula Renault championship title under my belt and one of my opponents is winning races in Formula 2”, Alders refers to Mazepin. The Dutchman seems to be aware of his strengths, namely consistency and a laid-back attitude. Those characteristics could help the young gun especially in securing a seat in Formula 2.

Alders barely had time to look back. Some insiders regard him as the next best thing from Holland. “That’s something I’ve heard before”, he laughs. “It really boosts my confidence hearing people say things like that, and it can’t be bad for brand awareness either! It’s more or less a Dutch thing to not brag about yourself, but I’m obviously living the dream at the moment. At some moments, when I look back at 2019 and the early months of 2020, it really draws a smile on my face. It’s incredible to see what we’ve already achieved so far, with little resources.”

Armed with good preparation, patience, trust and cooperation with aforementioned companies, Alders is working overtime to hand his single seater career the impulse it deserves. The Formula 3 champion wants to show his driving skills in a Formula 2 car, because he’s convinced to match the opposition in said class. “At this moment in time we are focussed on securing a Formula 2 test, post-season at the Yas Marina Circuit in Abu Dhabi, a track where I already won a race last year. I’ve got a feeling I’m really able to show what I’m capable of. Obviously it’s a battle in itself to find sponsors, but with a brilliant group of people around me I think I can add one and one together and get three out of it”, Alders concludes combatively.