Bent Viscaal wants to shine in Sochi after Italian success 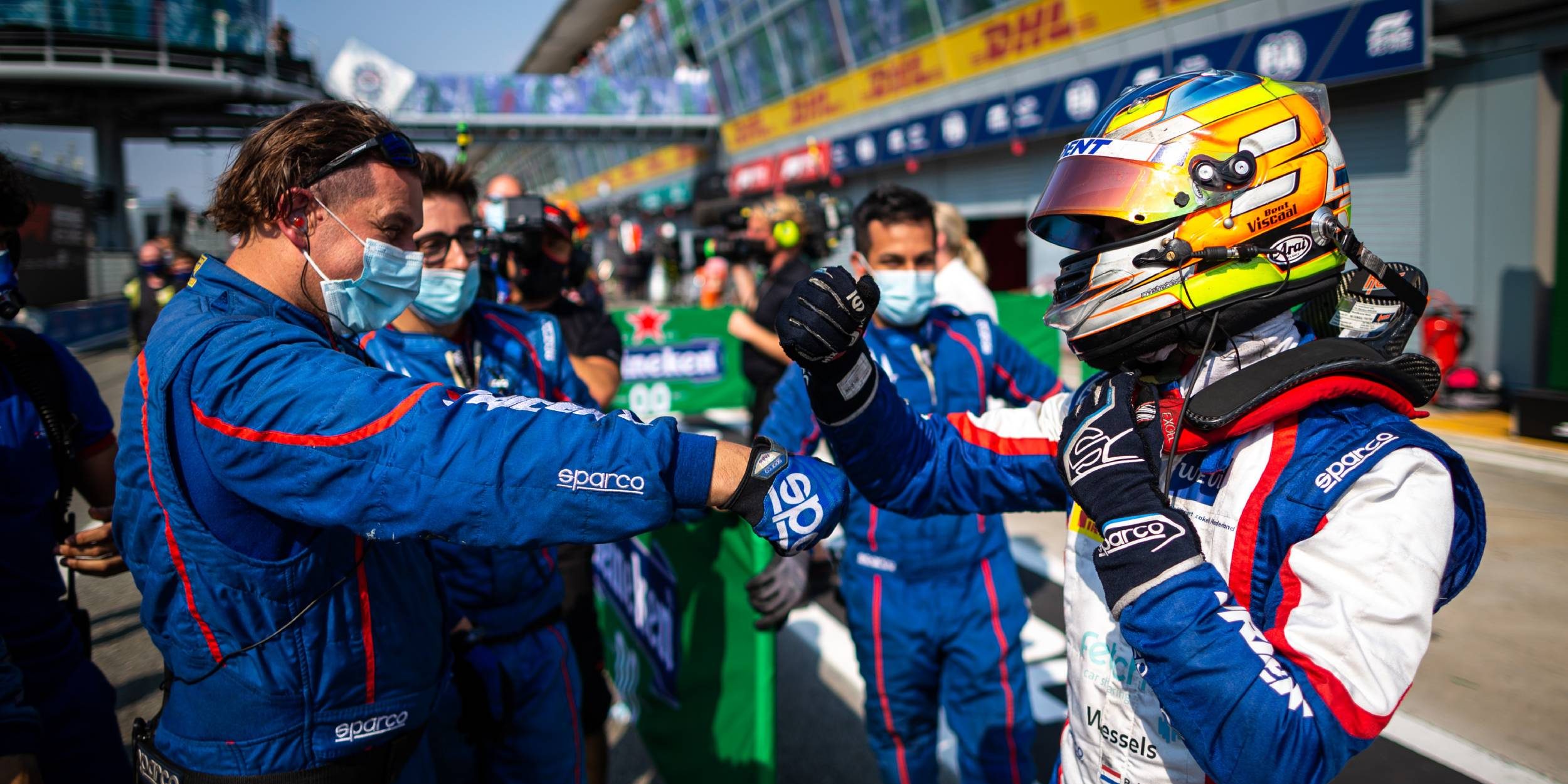 With Italian euphoria fresh in his mind, Bent Viscaal travels to Russia to participate in the sixth race weekend of the 2021 Formula 2 season. At the Sochi Autodrom, near the town of Adler, Viscaal, who turned 22 last Saturday, wants to continue the successful way in which he started the second half of the season.

“I think it is possible to once again be able to take a shot at great results.”

Where the big reward in the first phase of the F2 season was not forthcoming, Viscaal was finally allowed to taste the champagne on Saturday 11 September. The talented Tukker drove at the Autodromo Nazionale Monza in Italy, the home circuit of employer Trident Racing, to the best result in his still early Formula 2 career. The resident of Albergen sent his blue-red car to a great second place. Earlier on the same day, Viscaal had also scored a respectable seventh place.

The Trident team members couldn’t believe their luck: for the first time in almost five years, a driver from the Italian racing stable was allowed to make the passage to the podium. Viscaal ended a long period of uncertainty and disappointment for the team thanks to his strong performance. Moreover, the Dutchman did not only do good business with regard to his own ranking in the intermediate classification, Trident also made good use of Viscaal’s points finishes. The Italian Formula 2 team has moved away from its direct competition in the championship and is now in position to attack three higher-ranking teams.

The Sochi Autodrom in Russia is a circuit on which Viscaal has raced several times in the past. The Trident driver did not visit the seaside resort near the Black Sea in 2020, because his Formula 3 calendar did not allow this. However, in both 2017 and 2019 he could be admired on the Russian asphalt ribbon. Viscaal scored two podium finishes in Sochi in the first mentioned year, in competitions for the Northern European Formula 4 Championship.

Viscaal has refueled at Monza and wants to convert that into new points finishes in Russia. “I have fond memories of the Sochi Autodrom,” he says. “It was on this track that I drove my very first races more than four years ago. The circuit suits me well, I have already achieved several podium finishes. With the form that Trident and I showed in Monza, I think it is possible to once again be able to take a shot at great results.”

So far, the qualification has proved to be Viscal’s Achilles’ heel. “If we want to sit at the front for the entire race weekend, it really has to be better on Friday afternoon. I haven’t been in the top ten yet and I want to change that in Russia. Due to the reverse grid system, it pays to score a top ten in qualifying. Moreover, it saves me if I am further forward, then I do not have to overtake so many competitors”, the youngster winks.

“In Italy I scored fourteen points – two on Saturday morning and twelve on Saturday afternoon. If I hadn’t been hit by another driver on Sunday morning, I could have added six more. So we know that it is possible to get twenty points. The competition is definitely not standing still and it is a given that Formula 2 is very competitive, but I think it is a good aim to go for double figures next weekend, given our form,” Viscaal concludes combatively.

As usual, the Formula 2 drivers will drive three races over the weekend. These races are preceded by free practice and qualifying. The latter two sessions will take place on Fridays, with racing on the weekend days.