Bent Viscaal on a hunt for points at Tridents home races 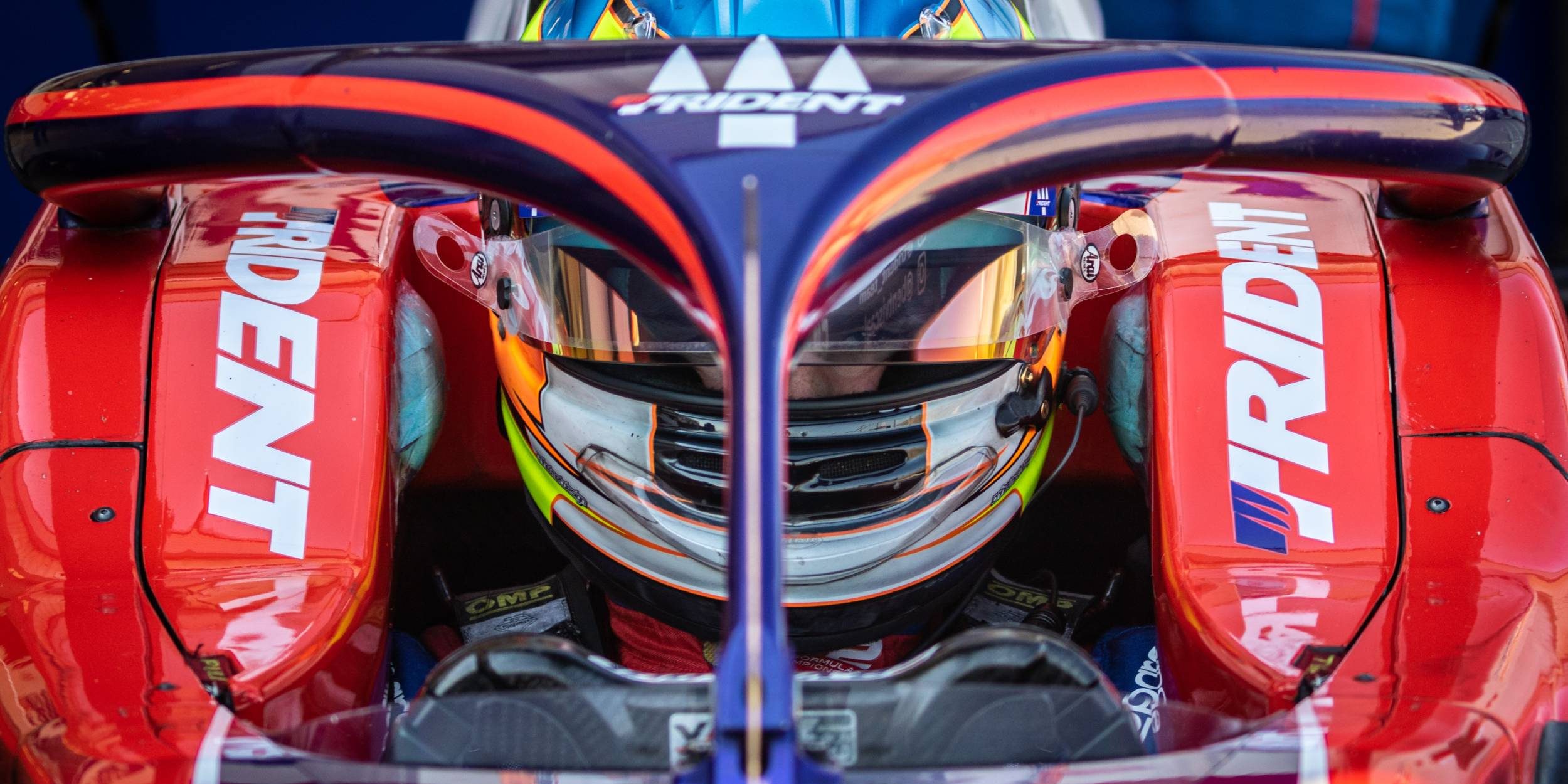 After a summer break of almost two months, Bent Viscaal and his colleagues from Formula 2 are allowed to enter the asphalt again. The fifth race weekend of 2021 will be completed at the historic Autodromo Nazionale Monza in Italy. For Viscal’s employer Trident Racing it is a home race: its factory is located in San Pietro Mosezzo, a village located seventy kilometers west of Monza.

“I’m confident because Trident’s car went well at Monza last year. We have a strong base on this circuit.”

Viscaal (21) has collected eight points after four of the eight Formula 2 race weekends and occupies sixteenth place in the intermediate classification for drivers. The youngster has contributed considerably to the team total, after all, the counter of Trident stands at nine points. Trident Racing has already surpassed the total score from the 2020 Formula 2 season halfway through this year.

The first half of Viscaal’s debut season in Formula 2 was marked by bad luck. During the first race weekend in Bahrain, the resident of Albergen, Twente, was thwarted during qualifying and saw a nice points classification in smoke due to an unhappily timed Safety Car phase. In the second encounter in Monaco, Viscaal started behind – a crash following the failure of the brakes took some track time.

In Baku, Azerbaijan, Viscaal was finally able to show his true potential. The Formula 3 race winner was allowed to start from pole position in sprint race 2 and delivered a neat fourth place, with which he scored a points finish. In good spirits they traveled to the British Silverstone, where Viscaal celebrated his Formula 3 triumph in 2020. However, the Trident Racing cars proved to have a lot of trouble with tire management in warm weather conditions. The thirteenth finish which Viscaal achieved during the Feature Race was described by himself as a podium place, as it were.

Viscaal wants to provide fireworks during the home race of Trident. “I’m confident because Trident’s car went well at Monza last year. We have a strong base on this circuit, so I think a top-five finish is within the realm of possibility,” de Tukker said ahead of the Italian Grand Prix weekend.

“Just before the race weekend in Azerbaijan, we found something that makes quite a difference. You saw that immediately in Baku, unfortunately we were not able to take advantage of that at Silverstone. A simple addition teaches us that we must continue the Baku line.”

Trident has already surpassed the 2020 score, but is hungry for more. The omens seem good: the team won two Formula 3 races during the Grand Prix weekend in Belgium and scored two F3 podium finishes during the Dutch Grand Prix at Zandvoort. “If you consider where Trident comes from, we’re doing really well this year. A strong foundation is half the battle in Formula 2. We did not sit still during the summer break, so that I and the team have a lot of confidence in the second half of the season,” Viscaal concludes combatively.

As usual, the Formula 2 drivers will drive three races over the weekend. These races are preceded by free practice and qualifying. The latter two sessions will take place on Fridays, with racing on the weekend days.