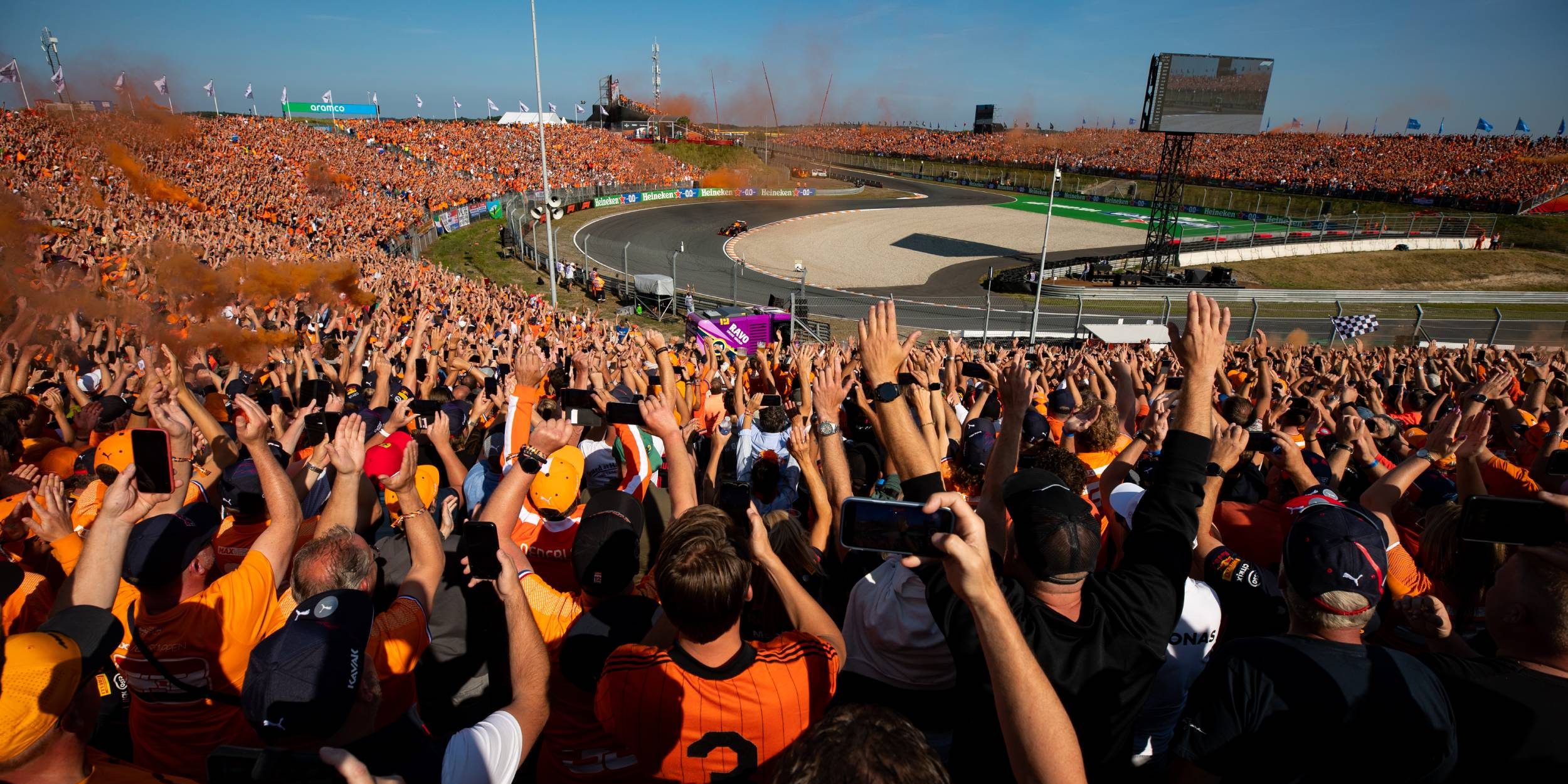 The return of the Formula 1 Heineken Dutch Grand Prix to Zandvoort has been very positive. History has been made together with all parties involved. A diverse race program was presented on the renovated circuit of CM.com Circuit Zandvoort, with the race in Formula 1 on Sunday 5 September as the ultimate highlight. The inflow and outflow of a maximum of 65,000 visitors went smoothly throughout the weekend, the crowds on the site remained manageable after tightening up the means of communication and there were no significant incidents. The weekend was festively closed on Sunday with Max Verstappen’s win in Formula 1.
return Formula 1 to Zandvoort

“Thanks to Dutch entrepreneurship and organizational science, everything comes together at this event and we have written history together.”

Robert van Overdijk, director of the Dutch Grand Prix is ​​very proud: “We experienced the Grand Prix of the Netherlands for the first time. The Netherlands, and Zandvoort in particular, has really been put on the map internationally. I am proud as a peacock that, together with our fans, partners, suppliers, NS, ProRail and the Municipality of Zandvoort, we have achieved something that was considered impossible by many. Thanks to Dutch entrepreneurship and organizational science, everything comes together at this event and we have written history together.” It is estimated that 70 million fans worldwide watched the race weekend at Zandvoort via television.

Max Verstappen wins and takes championship lead
Many tens of thousands of racing fans, often dressed in orange, experienced an F1 race on the renovated circuit for the first time in 36 years. Under the watchful eye of the Dutch royal couple, Max Verstappen drove to first place on Sunday afternoon. The Dutch driver thus succeeds the last winner of the Grand Prix of the Netherlands in 1985, the iconic Niki Lauda. “Expectations were so high prior to the weekend. It is not always easy to comply with this. It’s great that I was also able to take the lead in the championship,” says Max Verstappen.

Circuit easily accessible
The ambitious mobility plan of the Dutch Grand Prix has resulted in above-expected positive figures. The goal was to be a car-free event in three years, something that has almost been achieved this year with only 2% of visitors coming by car. Furthermore, the majority of visitors used public transport or arrived on foot. No less than 34% arrived by bicycle in an impressive orange parade. Due to this spread of means of transport, the event remained very easily accessible and the inflow and outflow also went smoothly on Sunday.

Testing for Event Access
The Dutch Grand Prix took place in recent days under the ‘Testing for Access’ protocol, in which the one and a half meter rule can be released. Before accessing the circuit, visitors were checked via the CoronaCheck app. In order to be of service to the fans and crew who stayed in the Zandvoort area for several days, temporary test locations were set up by Testen voor Access and GGD.

The organization of the Dutch Grand Prix tightened up communication towards the public on Friday 3 September to ensure a good flow during the breaks. Visitors were also asked through all kinds of means of communication to use their permanent seats as much as possible and to give each other space. According to the government services involved, this enhanced communication has led to the desired result.