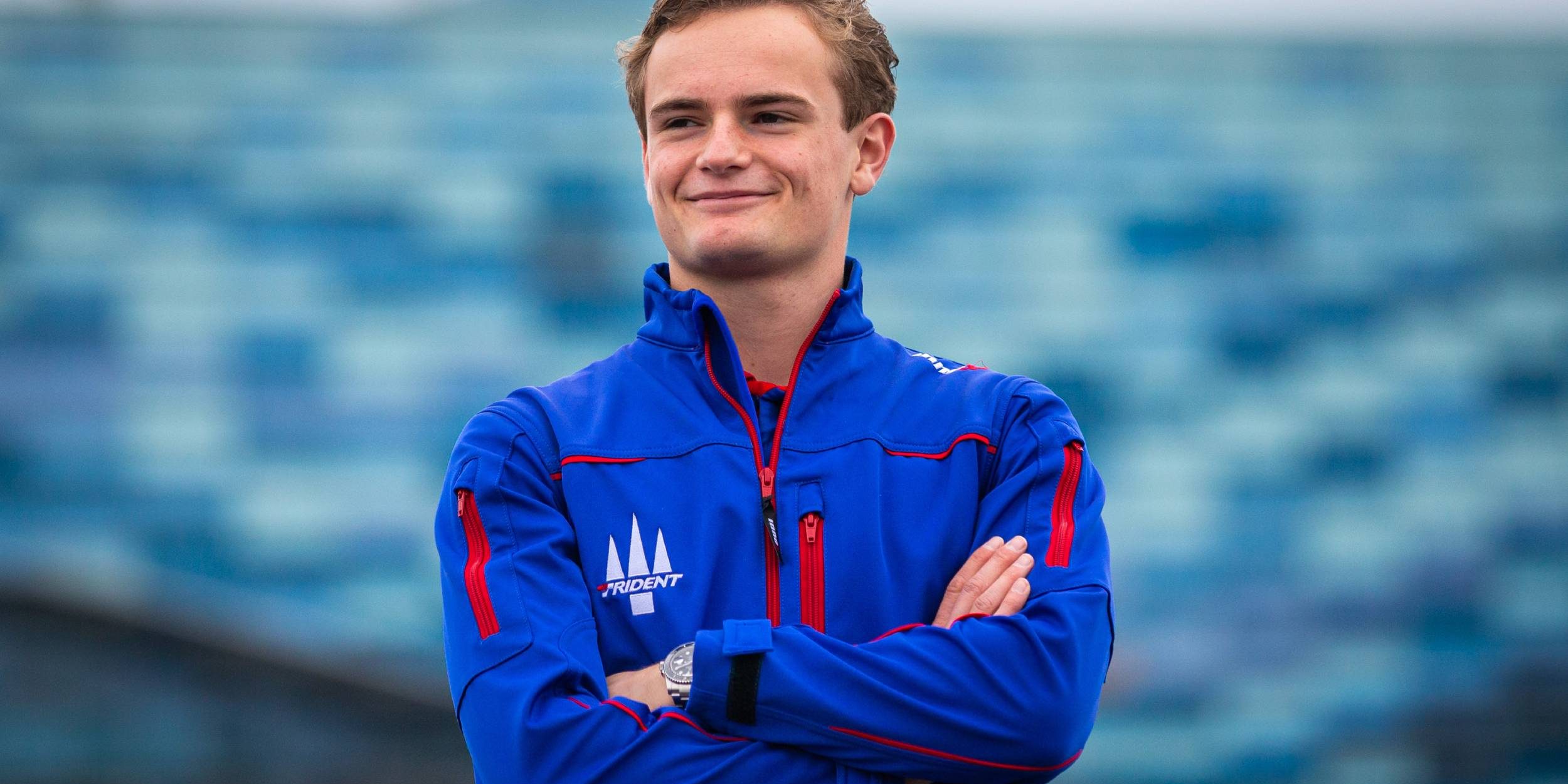 After the great weekend in Italy, Bent Viscaal was confronted with the other side of the coin the hard way at the Russian Sochi Autodrom. The 22-year-old Dutchman did not reach the finish line during the sixth race weekend of 2021 and was therefore unable to further increase his point total.

In Italy, Viscaal, a resident of Albergen in the province of Twente, showed his best during the races. The talented twenty-something drove to second and seventh place, helping employer Trident Racing to their first podium finish in almost five years. A third place in the standings was wiped out by another driver who forced Viscaal out of the race.

With the good memories of Monza fresh in his mind, Viscaal traveled to the Sochi Autodrom, where he made his motorsport debut in the spring of 2017. During the free practice on Friday, the youngster shot out of the starting blocks. Viscaal recorded a very strong sixth time. In qualifying, however, notching a top time proved impossible, so the Tukker had to settle for sixteenth place.

“In general, I was satisfied with the car on Friday morning. On the medium tires we had a good day, I had a good feeling”, Viscaal commented from Russia. “With that feeling I went into qualifying. Unfortunately, the result was bad. I see a trend that we have a very strong training and race pace, but on Friday afternoon in qualifying it just won’t work. We will really have to find out where exactly the problem is. In fact, the balance didn’t feel bad. It’s frustrating to get a tap every time in qualifying, especially when everything else is fine.”

For Saturday, two sprint races were planned as usual, but the weather gods thought otherwise. It rained cats and dogs in Sochi on Saturday morning, forcing the first sprint race to be postponed for several hours. When the time finally came after five o’clock local time, the fun was short-lived for Viscaal. His Trident-powered car was rear-ended after a few laps, after Viscaal lost control on the wet road surface. As the second sprint race was cancelled due to time constraints, the Dutchman didn’t get a chance to take revenge on Saturday.

“I can’t do anything but reach out. I lost the car on the wet surface. From the beginning of the race I had to be aggressive with the tires, to get them up to operating temperature. Because the track was still wet and we were driving with dry weather tires, this proved to be not so easy. In an attempt to get some more temperature into the tires I made a little mistake. But anyway: he who doesn’t dare, won’t win anyway.”

Due to the cancellation of the second sprint race, Viscaal and his Formula 2 colleagues were only allowed to race two races this time. On Sunday morning, the Feature Race was run, for which Viscaal was allowed to start fifteenth. The main race unfortunately lasted only a few seconds for Viscaal. While braking for the first corner, Viscaal, who had once again had a particularly good start, was hit by another driver.

“For the fourth time this year I was thrown out of the race by another driver,” sighs Viscaal. “That can happen when you’re racing at the cutting edge, but when it happens to yourself every time it gets pretty annoying. I can make it easier on myself by qualifying further forward – after all, the midfield is known to be chaotic. That is why that is my goal for the next race weekend: I want to be among the best ten for once.

The 2021 Formula 2 season will continue at the Jeddah Street Circuit in Saudi Arabia. The three races there are scheduled for December 4 and 5.