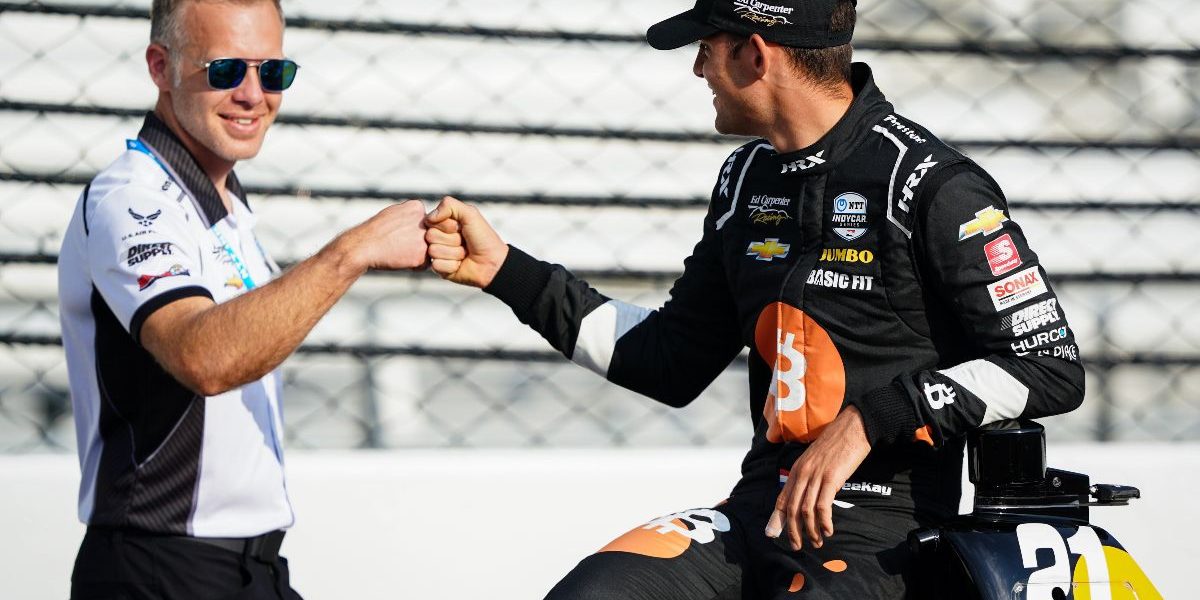 Rinus ‘VeeKay’ van Kalmthout will also drive for the Ed Carpenter Racing team during the NTT INDYCAR Series 2022 season. The 21-year-old Dutchman will play for the team, which is based in Indiana, for the third consecutive year. As an ECR driver, VeeKay won the Rookie of The Year standings in 2020, adding his first IndyCar win in 2021.

“I’m pleased to announce that I will continue to drive for Ed Carpenter Racing next year.”

After three highly successful seasons in the NTT INDYCAR Series training program, known as the Road To Indy, VeeKay won the Indy Pro 2000 Championship in 2018 and became Vice Champion in both 2017 and 2019 in the USF2000 and Indy Lights respectively , the talented twenty-something debuted in the main part in mid-2020. In his first season at the highest level of open-wheel racing in the United States, VeeKay showed his name by showing his spectacular style and winning the rookie title. In addition, the Dutchman secured a place in the history books by qualifying fourth for the Indianapolis 500, the best performance by a teenager ever.

Team principal-cum-racing driver Ed Carpenter, three-time pole sitter for the Indianapolis 500, rewarded VeeKay with a contract for the 2021 IndyCar season after his stellar performance. The Fort Lauderdale, Florida, driver continued the upward trend. On Saturday, May 15, VeeKay recorded its first-ever IndyCar win, finishing first in the GMR Grand Prix at Indianapolis Motor Speedway.

VeeKay attracted a lot of attention by placing his #21 Chevrolet on the front row of the grid in qualifying for the Indianapolis 500, which gave him another record. VeeKay became the youngest front row starter at the Indy 500 of all time. In mid-June, the ECR driver also recorded his second podium finish of the season, finishing second in the first Chevrolet Detroit Grand Prix at the Belle Isle Street Circuit.

“I’m pleased to announce that I will continue to drive for Ed Carpenter Racing next year,” said VeeKay from Long Beach, where the final race of the 2021 NTT INDYCAR Series season will be held today (Sunday). “During the first half of the season we made a lot of progress. I won my first race on a road course, we were on the podium on a street course and I started from the front row for the Indy 500. We have been able to prove ourselves in every discipline. The second half of the season was less energetic in terms of results, due to unfortunate strategic choices and sometimes just bad luck. My goal is to motivate the team as much as possible to tackle the points of attention together during the coming winter, so that we can perform consistently throughout the 2022 season.”

“Our goals are clear: we want to compete with the championship contenders next year, be on the podium even more often and win races. Although we are not the largest team, there is a lot of potential in our total package. The team-internal atmosphere at ECR contributes to our motivation – it feels like a group of friends who go through fire for each other, with the aim of scoring the best possible results.”

“I would like to thank Ed Carpenter for the opportunity to drive for his team for a third year,” VeeKay said gratefully. “Ed has been the person who gave me the opportunity to drive an IndyCar car for the first time and he plays a big part in my career. Tony George, Stuart Reed and the entire team at Ed Carpenter Racing – everyone who has their share – I am grateful. Even though I am the one driving the #21 SONAX Chevrolet, there are dozens of others who contribute to the track results.”

“The support from the Netherlands is also fantastic. My Dutch partners Jumbo and Basic-Fit are always there for me and they also play a large part in my American success. I would like to thank them for their unconditional support”, concludes VeeKay.

The NTT INDYCAR Series 2022 season kicks off on the closing weekend of February. The Firestone Grand Prix of St. Petersburg is scheduled for Sunday, February 27.