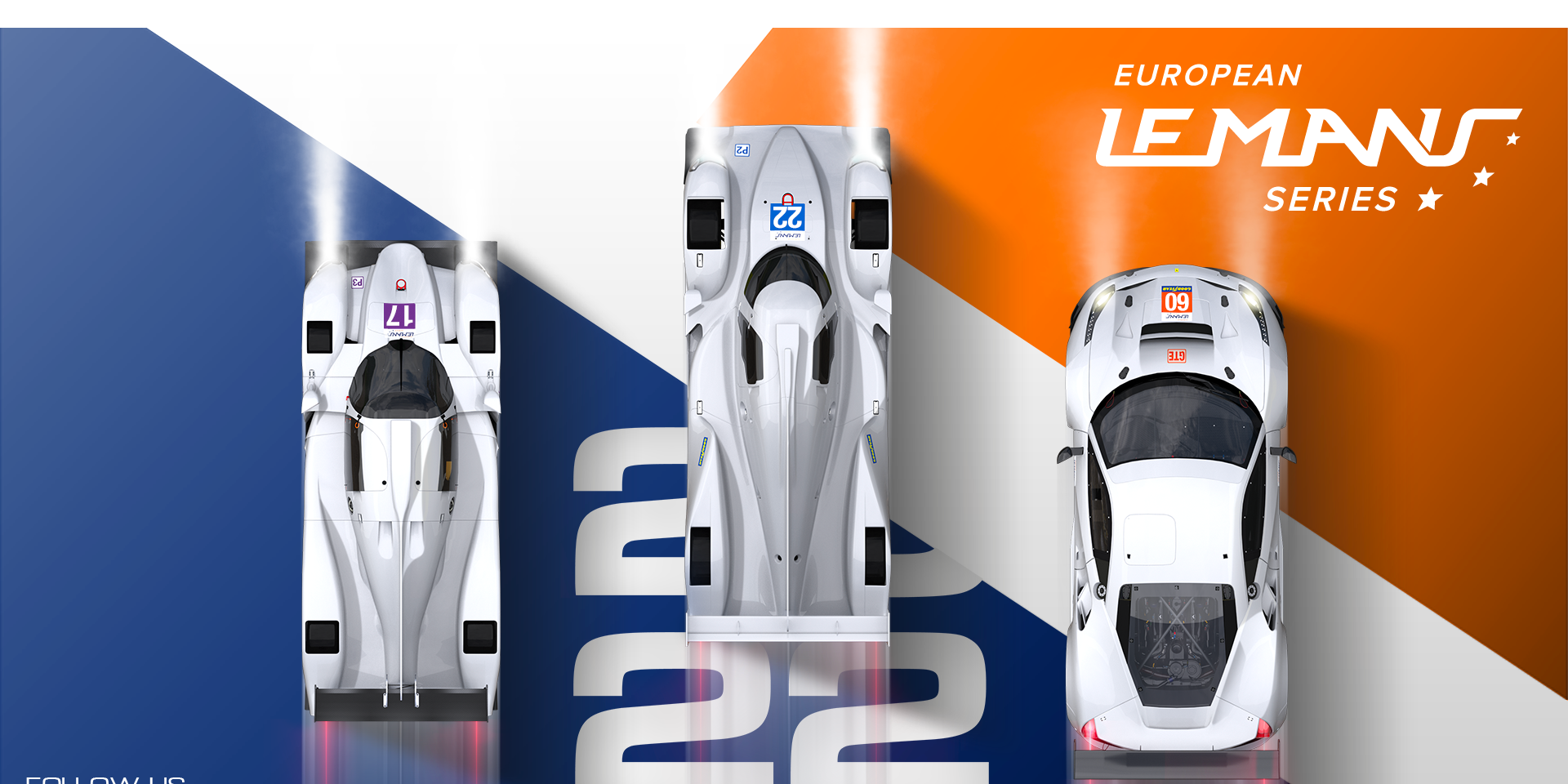 There will be an exceptional entry of 42 cars for the 2022 European Le Mans Series across the LMP2, LMP3 and LMGTE categories representing the very best competitors from the world of endurance racing.

As well as the opportunity to become European Champions, the teams will be battling to secure one of the six automatic invitations to the 2023 24 Hours of Le Mans – two for LMP2, one for LMP3 and, for the first time, three for LMGTE.

LMP2
The LMP2 class will see 17 entries, including 7 entries in the Pro-Am category, which represents the largest gathering of these cars anywhere in the world except for the 24 Hours of Le Mans. The LMP2 entry list features reigning and past champions, as well as new teams and drivers making their ELMS debuts in 2022. 2021 LMP2 Champion Yifei Ye moves to the no37 Cool Racing Oreca alongside multiple 24 Hours of Le Mans winner Nico Lapierre and 2021 LMP3 Vice Champion Niklas Kruetten.

LMP3
12 cars are entered for the LMP3 class in 2022, with many of the front running teams returning to challenge for the title. 2021 ELMS LMP3 Champions DKR Engineering are back to defend their first ELMS title with a single car entry with Belgian Tom Van Rompuy. After finishing second in 2022, Cool Racing will be entering two cars, with last years’ Vice Champion Nicolas Maulini returning to try and take the top prize this year alongside Antoine Doquin and Jean-Ludovic Foubert in the no27 Ligier. Reigning MLMC LMP3 Champion Tony Wells will, once again, be racing for British team Nielsen Racing, but for the 2022 season he will be joined by fellow Brit James Littlejohn. Former Champions United Autosports will be entering two LMP3 Ligier JS P320-Nissans, with Inter Europol Competition and RLR MSport also running a two-car entry. 2019 championship winning team Eurointernational will run a single car entry, as will former LMP2 Champions G-Drive Racing, the Russian flagged team running a single Ligier JS P320 for the first time.

The LMGTE grid will see a 13-car entry, with Ferrari, Porsche and Aston Martin going head-to-head for class honours in 2022. With at least 12 cars entered in the class, the top three cars at the end of the season will receive automatic invitations to the 2023 24 Hours of Le Mans. Reigning champions Iron Lynx will run two Ferrari 488 GTEs, with the no83 Iron Dames entry returning with the support of the FIA Women in Motorsport. 2020 team champions Proton Competition will be entering two Porsche 911 RSR-19s, with the no93 Porsche of Hollywood actor Michael Fassbender back for a third season. Kessel Racing and Rinaldi Racing will enter two Ferrari 488s each, while the Oman Racing by TF Sport will run two Aston Martin Vantage AMRs.

The grid will also feature the no55 Spirit of Race Ferrari of race winners Matt Griffin, Duncan Cameron and David Perel and the no66 Ferrari of 2017 champions JMW Motorsport. Hong Kong based team Absolute Racing will be making their ELMS debut in 2022 with a Porsche 911 RSR-19 with Indonesian driver Andrew Haryanto.

ELMS Switches to Greener Fuel for 2022

This season the European Le Mans Series will adopt a renewable fuel, with the entire grid using TotalEnergies’ Excellium Racing 100. This new fuel will allow for greenhouse gas (GHG) emissions savings of at least 65% compared with traditional fossil fuels and help reduce the carbon footprint of the series.

Pierre Fillon, president of the Automobile Club de l’Ouest: “The upcoming European Le Mans Series season is going to be fantastic. Since it was revived in 2012, the championship has gone from strength to strength, attracting an ever more competitive field and gaining popularity each year. The stakes are high this season. There are 42 teams on the grid fighting for one of six invitations to the 2023 Le Mans 24 Hours, the centenary race – a tantalising prize. We can’t wait for the action to begin in earnest in April.”

Frederic Lequien, CEO LMEM, said, “We are extremely pleased to announce a 42-car grid for the 2022 European Le Mans Series. This season, there will be the largest LMP2 grid anywhere outside of the 24 Hours of Le Mans, along with a fantastic LMP3 entry that will see a new crop of young professional drivers competing alongside some of the very best amateurs and Ferrari, Porsche and Aston Martin going head-to-head once again in LMGTE. The 2022 European Le Mans Series promises to be one the best seasons ever and I hope you will join us in Le Castellet in April.”