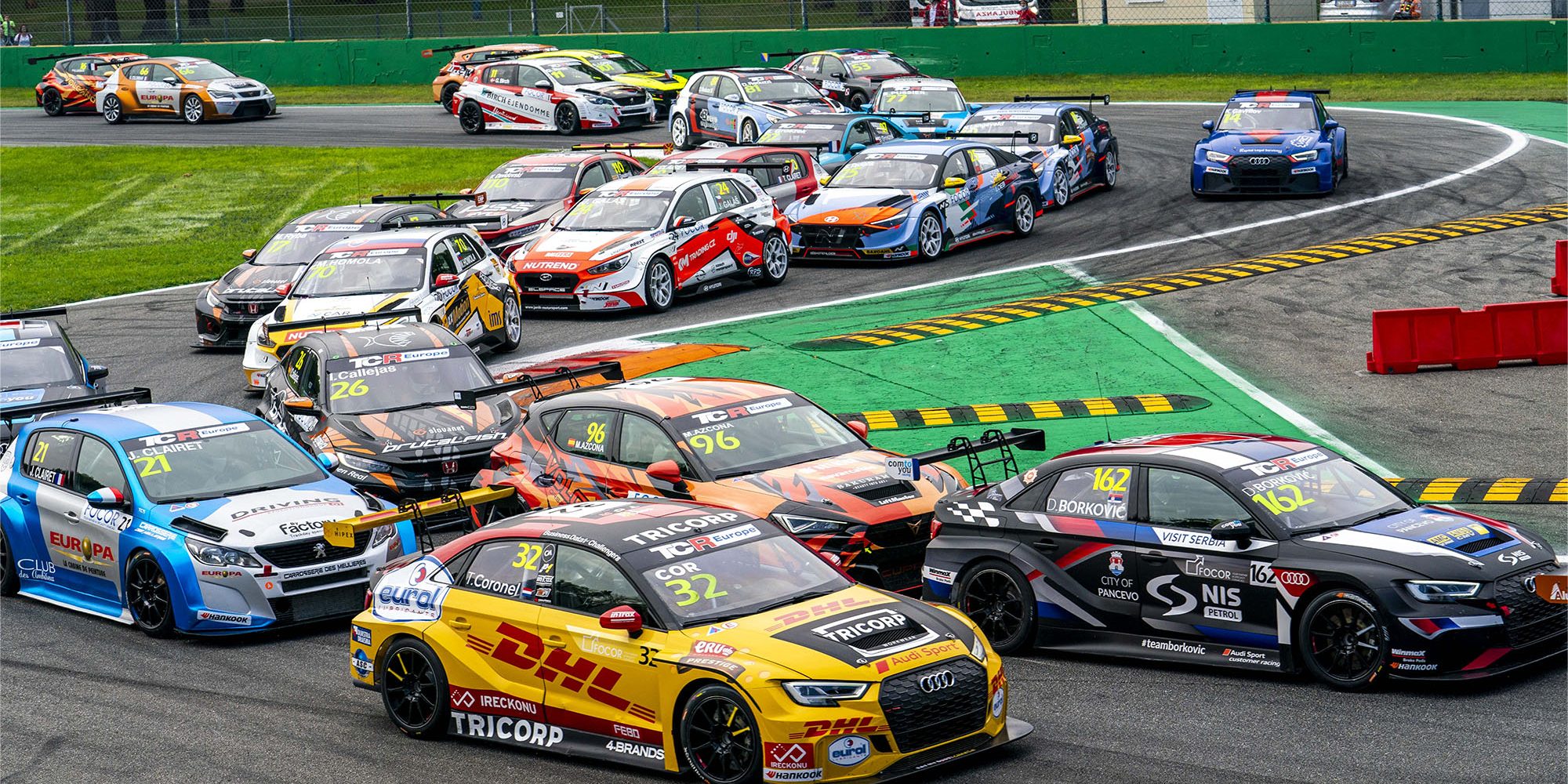 MONZA (September 26, 2021) – Tom Coronel belongs to the select group of four drivers who will compete in the FIA WTCR with the new generation of the Audi RS 3 LMS, but that also the previous version of the Audi touring car is still good for podium finishes, Coronel proved again during the penultimate race weekend of the season in the TCR Europe Series, held at the beautiful Autodromo Nazionale Monza. In the first race, the Dutch driver with the Audi RS 3 LMS in DHL livery, driven by the Belgian Comtoyou Racing, finished very nicely in third place. In the second race, he was eventually even classified second. “Two podiums, with which I am now third in the EC standings, I am very satisfied with that,” Coronel said afterwards.

At Monza, the TCR Europe Series was part of a varied and international racing package, along with the GT Open, Euroformula Open, French Formula 4 and German Porsche Carrera Cup, among others. “In the free practice sessions, things started off pretty well with fifth and sixth place, both times as the best Audi driver,” said Coronel. “We had found a pretty good setup. The car feels good, nicely constant.” He carried that line into qualifying: in the first session he finished third, in the second qualifying fourth, again both times as the fastest Audi driver. “In Q1 I had a good slipstream, that makes a difference of half a second here in Monza,” said Coronel. “In Q2 I went out first, but unfortunately I couldn’t find any slipstream, also because in Q2 we only drove with twelve instead of 28 men. Nevertheless, we are just in a good position, although I still have ten kilograms extra in the car because of my result at the Nürburgring.”

In the first race, Coronel did not get away well, in his own words: “Not well at all! It felt good, but others passed me left and right, so that is something we still have to spend some time on. After that there were some nice battles, the well-known push and pull, even with two wheels through the grass from the slipstream, but I was able to move forward nicely and was even in second place. For three laps I was fighting with Azcona, who eventually passed me. Later I saw how he fought fiercely with Franco Girolami, the brother of Nestor, with whom I drive in WTCR. That was really side by side, against each other, so I thought: ‘This way I’ll get the first place thrown into my lap’, but in the end it didn’t happen, I finished third, just behind number one and two. I was able to keep up, but not really attack, but a podium feels good of course!”

The following day, Coronel started seventh in the second race due to the reversed grid. “In doing so, I was on the wet part of the track, so I even went into the first corner ninth,” he reported. “In the end I was able to carefully drive back to the front a bit and also benefit from mistakes made by other riders, for example when they shot straight through in the chicane. I overtook Borkovic, I passed my teammate, Clairet with the Peugeot after a nice battle. I actually had some nice fights. I finished fourth, but Azcona got a penalty for cutting the chicane and Girolami got a time penalty as well, so I even finished second. Two podiums, I’m very happy with that!”

The final weekend of the TCR Europe Series is scheduled from October 8 to 10 at the Circuit de Barcelona-Catalunya, but that creates a logistical problem for Tom Coronel, now that due to the recent adjustment of the calendar of the FIA WTCR, the round of that series in the Czech Most coincides with the final of the TCR Europe Series. “We are now studying how we might be able to combine both events,” Coronel said.