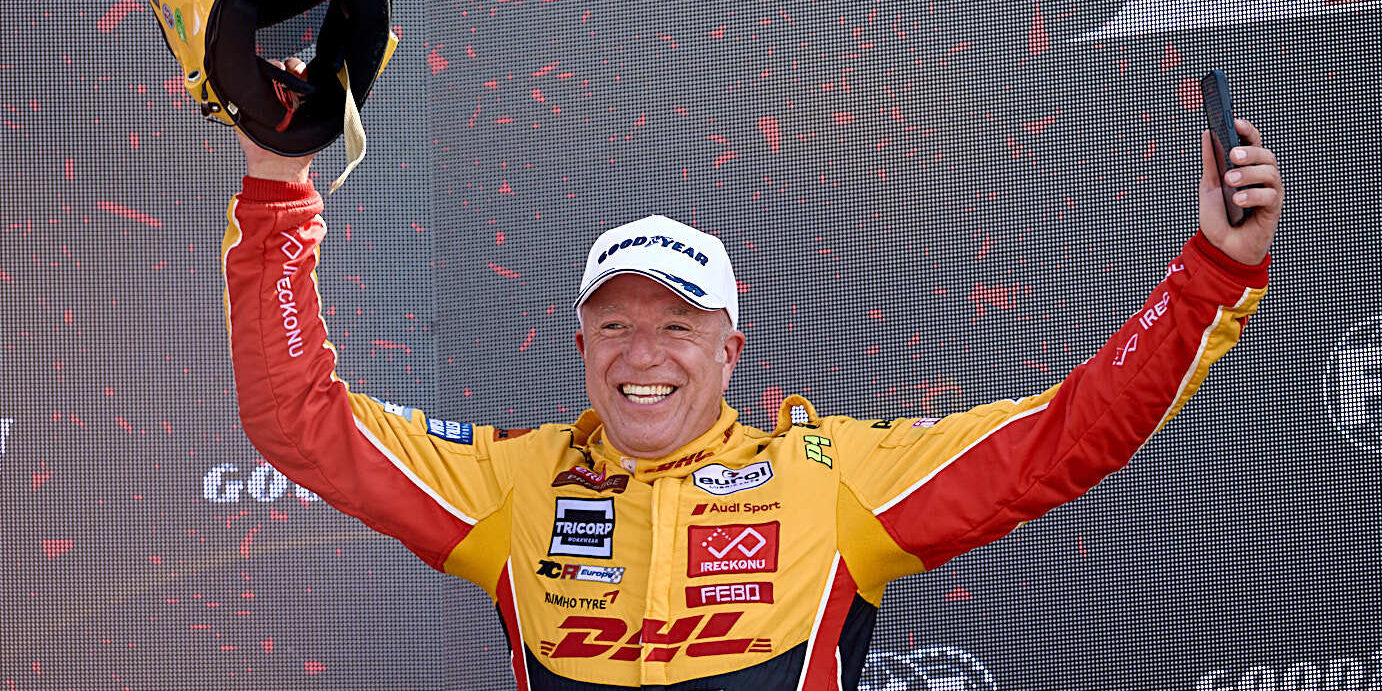 SAKHIR (12 November 2022) – Two sixth places after strong overtaking races and twice best in the WTCR Trophy for private drivers: that was the result for Tom Coronel in the penultimate race weekend of the season in the FIA WTCR – World Touring Car Cup at the Bahrain International Circuit in Sakhir. “Too bad we were two hundredths short in qualifying. Otherwise I would have been further forward. Now I had to make up quite a few places, but it worked out nicely. I am very satisfied with this weekend,” said Coronel, who was in action with the Audi RS 3 LMS of the Comtoyou DHL Team Audi Sport.

“Now I had to make up quite a few places, but it worked out nicely.”

For the eighth race weekend of the season – although no race was held at the Nürburgring – the FIA WTCR was a guest in Bahrain, where the series was in action in the prelude to the eight-hour race of the FIA WEC, the World Long Distance Racing Championship. “Cool here, a beautiful complex and we drove the first race on Friday night in the dark, but with the floodlights it was beautiful,” said Tom Coronel. “Moreover, there was also an international air show taking place here, for which those jets constantly came flying over, also quite a special experience!”

Coronel started the race weekend in the Middle East with the seventh time in the first free practice and the 11th time in the second session. “We expected to be in the top 12 fairly easily in qualifying, which then takes you through to Q2 and gives you a chance of a place at the front because of the reverse starting position of the top ten for the second race, but unfortunately for a place in the top 12 we came up just two hundredths of a second short, leaving me 13th on the grid for both races,” Coronel said.

In the first race, held on Friday evening, Coronel climbed well to the front, managed to pass one competitor after another and eventually crossed the finish line in fourth place, but race control gave him a five-second time penalty due to a somewhat too enthusiastic overtaking move on Attila Tassi. “In my view, it was a racing accident, but well, that’s part of it. In any case, the speed was good,” said Coronel, who was classified sixth including the time penalty. This also made him the best private driver, for which he received the accompanying trophy during the prize-giving ceremony on the podium.

The second race was held on Saturday morning. “It was incredibly hot,” reported Coronel, “so we knew beforehand that it was important to keep a good house with the tyres. The start phase was very hectic, a lot was happening in front of me, but I drove very ‘safe’, didn’t risk anything and so I got back to the front well. With the tyres it turned out to be very difficult indeed. It was very slippery, it is by no means easy to have oversteer with a front-wheel-drive car, but it all worked out well in the end.” Just like the day before, Coronel was classified sixth, again making him the best privateer driver.

“A good weekend,” Coronel said looking back. “I worked very well with my engineer to find the right set-up, which also clearly succeeded. Especially the average race speed was very good, with that I was easily in the top three. That was good to know. It’s a pity we couldn’t get a top-three ranking overall though, but we’ll just have to do that next time in Jeddah!” There, in Saudi Arabia, the season finale will be held from 25 to 27 November, also the very last weekend in the history of the FIA WTCR – World Touring Car Cup, which will not be continued after this season.