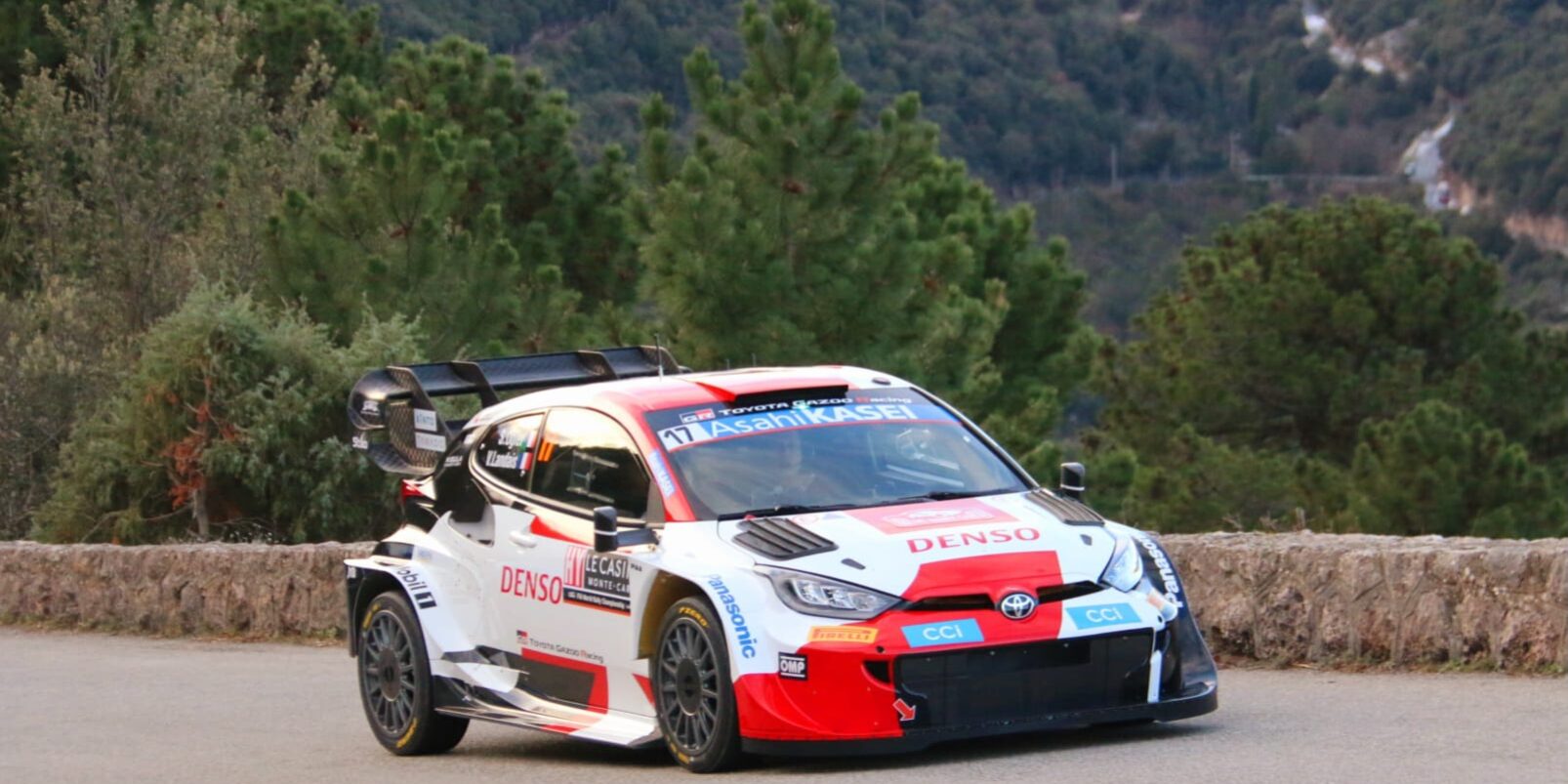 The time is dizzying from the outset: 1:44.6 over 2.29km between Sainte-Agnès and Peille, on the third pass this Thursday morning, much quicker than 1:50.4 last year on the same route, in similar conditions, by the same driver in the same car, well almost… Each time, the best shakedown time for Sébastien Ogier (Toyota Gazoo Racing), eight-time world champion in search of a record 9th victory in the Principality, on Sunday.

“It’s hard to know what to expect”

That is almost six seconds better, or three seconds per kilometer, which gives an idea of the spectacular improvements of Ogier’s Toyota Yaris, one year after its official debut in January 2022. In the first pass, Ogier was already four seconds faster than last year, an improvement – thanks to the maximum utilisation of the hybrid boost – of two seconds per kilometer. « It’s hard to know what to expect. The conditions changing from the recce to the rally can make it very exciting and, of course, the tyre strategy can spice things up on the race compared with other events. “

Just behind Ogier, the gaps also make you dizzy: 7 drivers grouped together in just one and a half second, between 1:44.6 for the Frenchman and 1:46.1 for Ott Tänak (M-Sport Ford), the 2019 world champion (7th), four tenths behind his new teammate, young Frenchman Pierre-Louis Loubet (6th).

Last but not least, the reigning World Champion, Kalle Rovanperä, is ready to go. He clocked the 2nd time this morning, three tenths only behind his glorious team-mate at Toyota Gazoo Racing. Can’t wait for the first two special stages on Thursday evening!