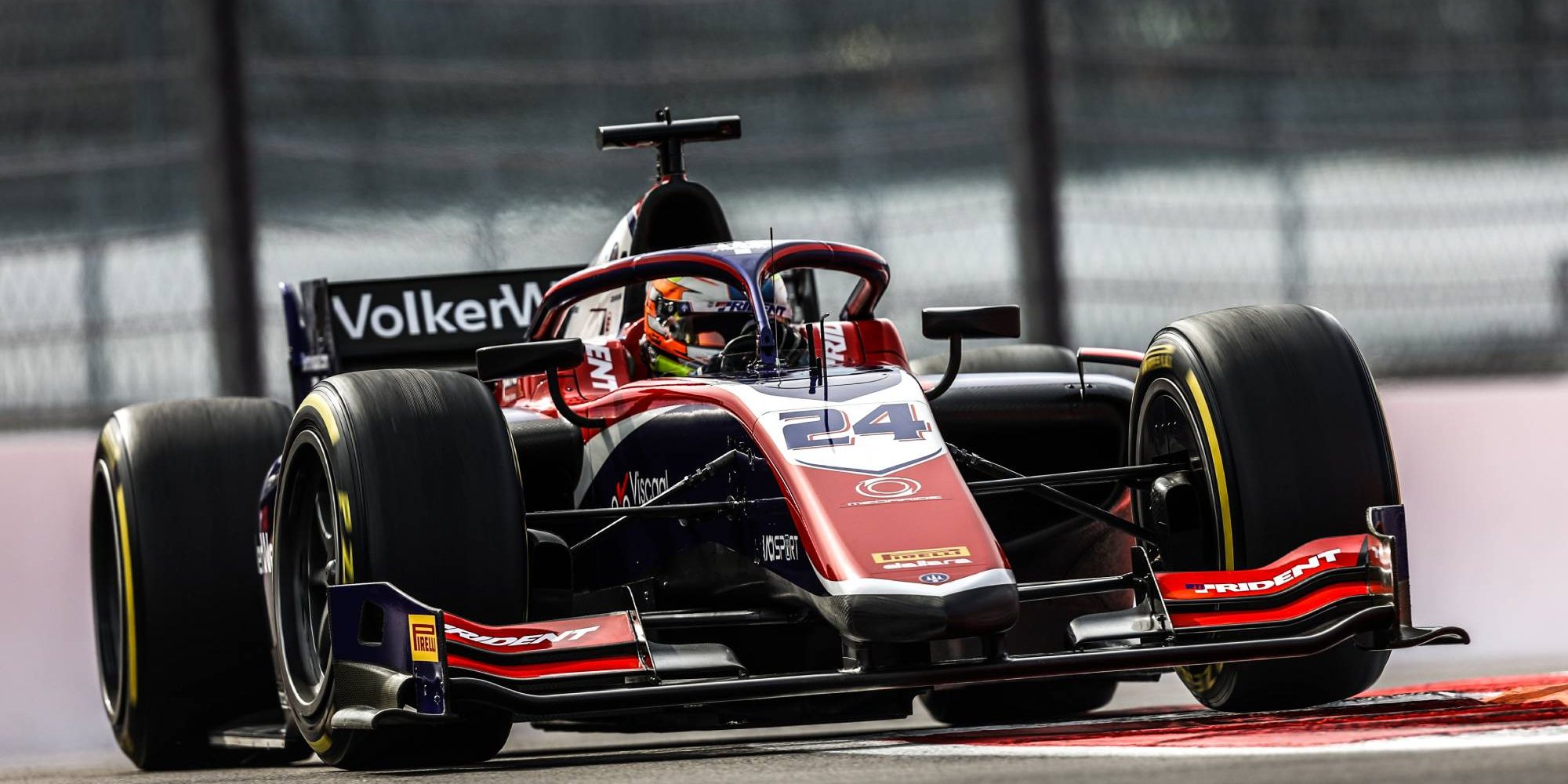 Bent Viscaal can finally get back to work. The 22-year-old Formula 2 driver awaits an Arab duel, which kicks off in Saudi Arabia this weekend. At the brand new Jeddah Corniche Street Circuit, Viscaal and his Formula 2 competitors will finish the penultimate race weekend of the 2022 season.

“The Jeddah Corniche Street Circuit looks like an insanely challenging.”

After the busy month of September, in which no less than six Formula 2 races were scheduled, Viscaal’s task in October and November was to keep his patience. While the youngster is normally used to not having to wait very long for the next race weekend during a season, the switch had to be made for the third time this year. Viscaal spoke out about this at an earlier stage – he finds the long wait annoying – and got support from his opponents. The Formula 2 organization has already decided to revert to a calendar format for the 2022 season in which the race weekends take place in shorter succession.

Before the long autumn break, racing took place at the tracks of Monza (Italy) and Sochi (Russia), where the contrast for Viscaal could hardly be greater. The young resident of Albergen delivered a fantastic weekend in Italy, where he drove to a fabulous podium during one of the races on the home circuit of employer Trident Racing. It marked Trident’s first trophy in the current Formula 2 format, and first podium finish at the level immediately below Formula 1 since October 2016.

In Russia, however, things did not go smoothly. After the first race was postponed for hours due to heavy rain, the young Dutchman erred on the wet road surface causing the car to stall and the engine to stall. Because the second race was cancelled due to the bad weather conditions, Viscaal got not two, but only one second chance. A good start, and thus the chance of a good result, was destroyed by a late braking competitor, who knocked Viscaal out of the race.

For the meeting at the Jeddah Corniche Street Circuit, the playing field is brought a little closer together: since it is a new circuit, no driver from the Formula 2 starting field has driven on the Saudi asphalt ribbon. Only on simulators have the young drivers been able to practice.

“The Jeddah Corniche Street Circuit looks like an insanely challenging, cool track,” Viscaal let us know just before his departure for the Middle East. “The circuit has a good amount of fast corners, some of which connect to each other. It is very important to be in the right flow, otherwise you can forget about a good lap time. I think it’s great how this track has been realized in such a short time and I can’t wait to drive the first laps on Friday.”

About the expectations Viscaal is clear. “We have seen several times in the first six race weekends that Trident and I are a dangerous combination, if we have the total package in order. This was best demonstrated to the outside world at Monza, where I finished second and seventh. In addition, however, we also saw in Baku and during practice in Sochi that we are not inferior to the front runners in terms of pace over a longer distance.”

An important benchmark is qualifying. During his first Formula 2 qualifications, Viscaal struggled to get the crafty Pirelli tires up to the right operating temperature. “If we finish in the top ten on Friday afternoon, I expect to be able to go for a podium at the weekend. With the current Formula 2 rules, it’s very important to score a top ten finish in qualifying, although I showed in Monza that it’s also possible to drive forward from outside the top ten. It’s a lot easier if you’re already there on the starting grid”, concludes the Dutchman with a wink.

As usual, three races take place during the Formula 2 weekend. These races are preceded by a free practice and a qualifying session.