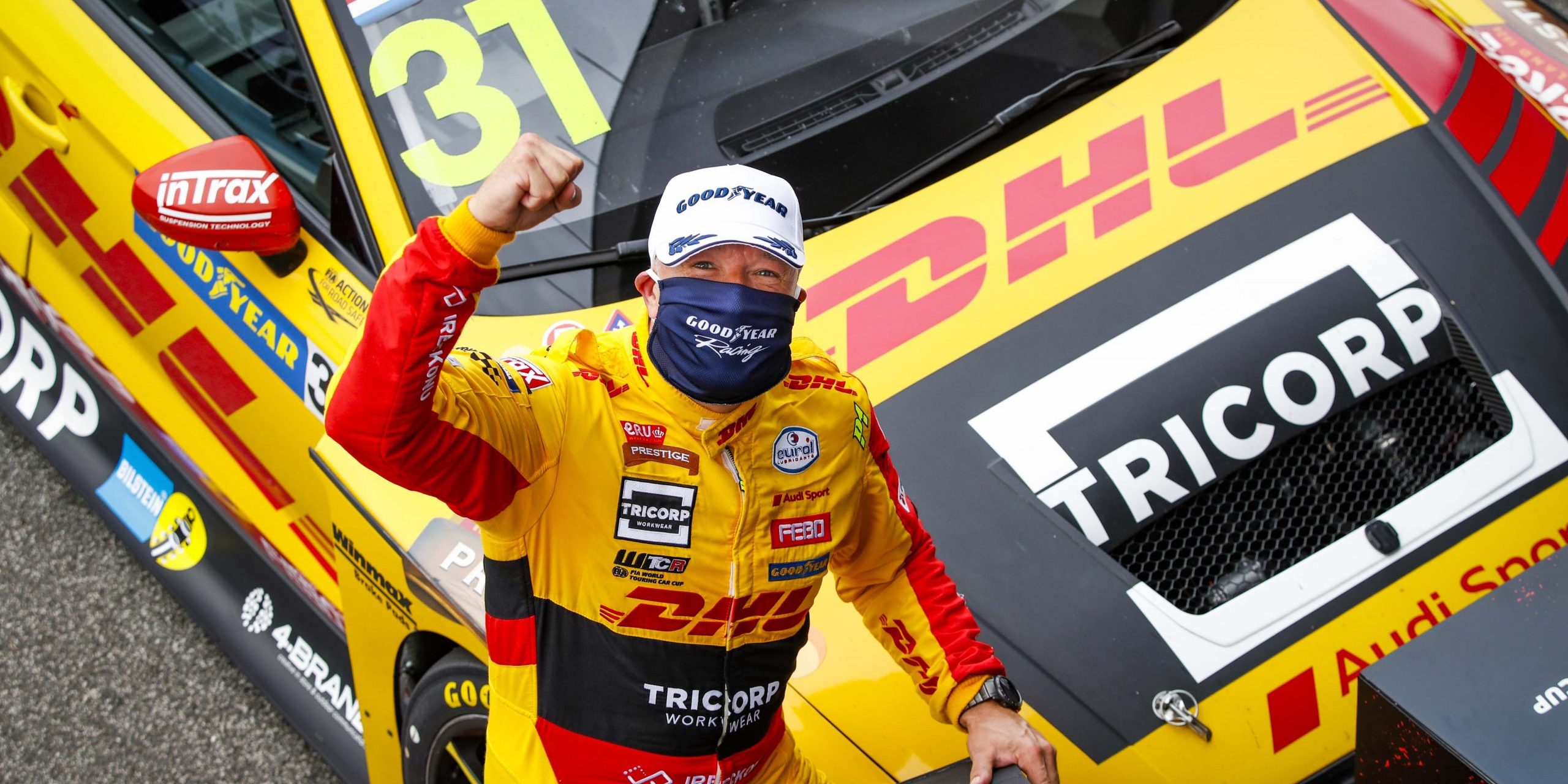 For the first time in more than four years, Tom Coronel has won another World Cup touring car race. During the third weekend of the season in the FIA ​​WTCR – World Touring Car Cup, the highest global touring car competition awarded by the world motorsport federation FIA, Coronel won the second race. With the Audi RS 3 LMS in the DHL livery, used by the Belgian DHL Team Comtoyou Audi Sport, he was the first to cross the finish line at the Slovakia Ring near Bratislava. In the other two races of the weekend, Coronel finished sixth. With these results, he climbed – as a private driver amidst competition from factory teams – to second place in the championship standings. “A great weekend! I am second in the World Cup, how cool is that?” Coronel said after his success.

“I am second in the World Cup, how cool is that?”

Already in the free practice sessions on the 5.922 kilometer long Slovakia Ring it became clear that it could become a good weekend for Tom Coronel. In both training sessions, Coronel was second fastest in the 22 car strong field. Coronel managed to maintain that good form in qualifying sessions, with fourth place on the grid for the third race as the best result. “My best qualifying in years” said Coronel. “It all went very well in the free practice sessions. In Q1 I braked for a moment, so I didn’t get past the eighth fastest time, when I should have been P2, P3. In the second session I was fifth, fine, and fourth in Q3. Maybe a little too careful, but at least good a starting position. ”

In the first race, Coronel had a very good start. “I chose the inside corner, but the outside was dry, so three riders passed me again” he reported. “I was driving with rain tires at the back and slicks in front, so it was important to keep the rain tires intact as the track dried. That went well and so I could attack at the end. That made me sixth, partly by overtaking world champions Michelisz and Nicky Catsburg. Unfortunately we were one lap short, otherwise I might have finished even further ahead. Now we finished sixth, also a good result. ”

That became even better in the second race, as Coronel quickly cleared ground after another good start and was able to take advantage and taking the lead from Guerrieri in the last corner. “They were already pulling and pushing in the first corner, which allowed me to drive forward. I had a good position, saw that Guerrieri was having some difficulty in the last corner and put my car next to it. It was an exciting action, but it went well and that allowed me to win the race” said Coronel. “Great to be the winner on the podium for the first time after Vila Real in 2016!”

In the third race, Coronel was again among the contenders for a podium place, but lost ground when he had to dodge: “In turn two Michelisz went sideways, so I had to release throttle and brake. In the end I was able to make up for positions from ninth place and so I became sixth again, with which I am certainly satisfied. It was just a really good weekend: the car was good, we scored a lot of points, which puts us in second place in the Championship. That is a very nice feeling, which I am really very happy with! I am already looking forward to the next races, next weekend at the Hungaroring.”