Langeveld completes season at Barcelona with a sixth and fourth place, finishing third in the TCR Europe championship. 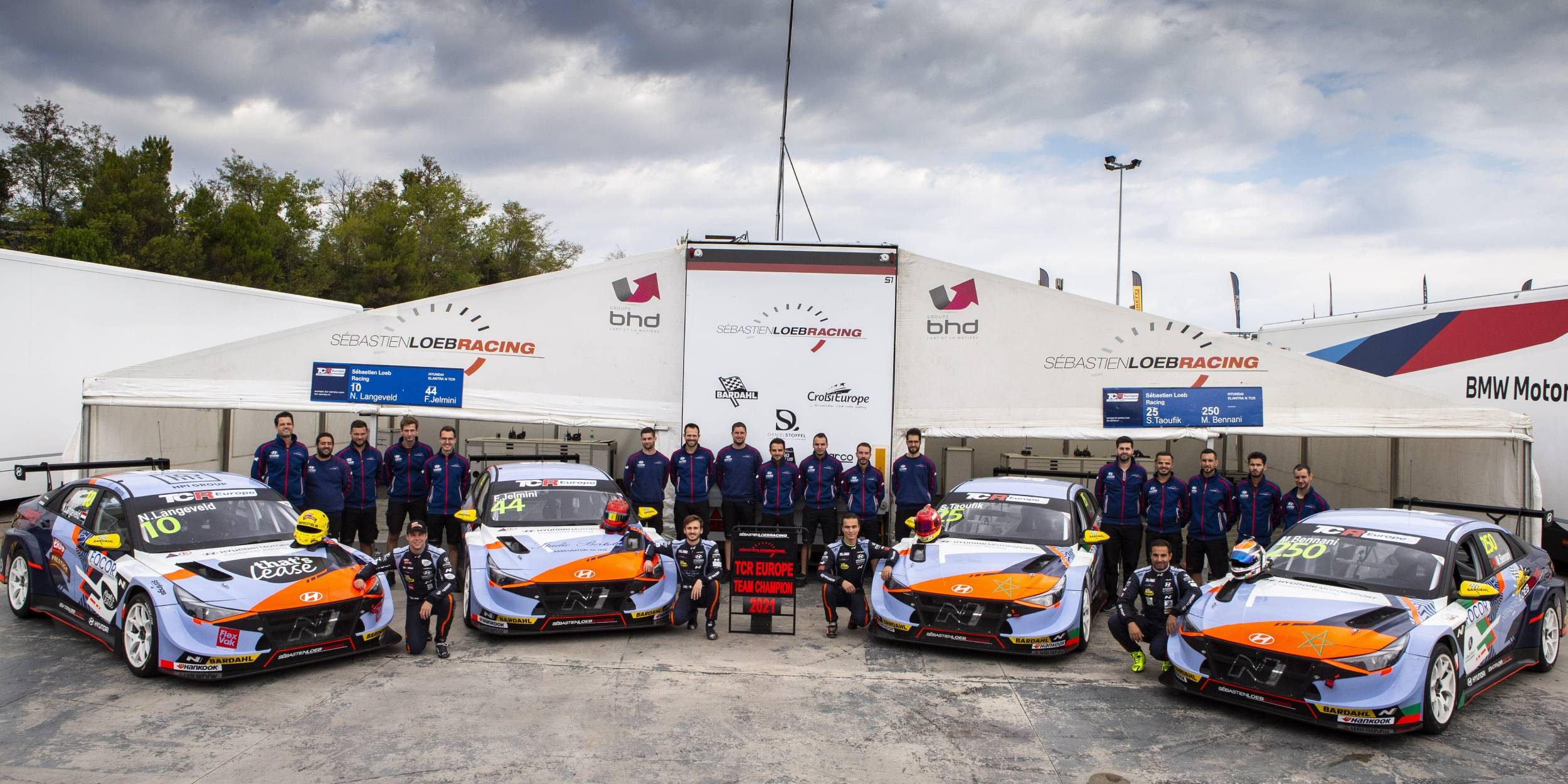 A wonderful season for Langeveld has resulted in him finishing third overall in the final standings and thus becoming the best Hyundai driver driving for Sébastien Loeb Racing. At Barcelona, the Dutchman finished with a fine sixth and fourth place. Langeveld also took the Benelux championship title.

“I want to thank my sponsors, Sébastien Loeb Racing & Hyundai Motorsport for their trust and commitment.”

The European Touring Car Championship went to Barcelona for the final race weekend where the focus for Langeveld was mainly on recapturing third place in the standings. Langeveld qualified in sixth place and had a good starting position for both races. In the first race Langeveld got away well and was soon in fifth place but was unable to attack the top and even had to concede one place to finish sixth.

In the second race Langeveld had less of a start but held on to fifth place on the grid. Yet the pace of Langeveld was visibly less and he had to acknowledge the superiority of a number of competitors. By penalties incurred by other competitors Langeveld still moved up to fourth place which was good enough to take over third place from Coronel.

Langeveld: “I am happy with the final score of the races in Barcelona. In the first race I suffered quite a lot of understeer. This became worse and worse and therefore I can be satisfied with a sixth place. The second race I was one of the few who could not start on new tires. This affected me in the beginning of the race and I had trouble following the pace of others.

When I look back at the season I am extremely proud and happy with my third place in the championship. We gave everything and worked hard as a team. The cars are new this year and it took time to get the setup of the car right. When I look at where I have failed this season, I am convinced that it would not have brought me higher than third place if we had scored better there. I want to thank my sponsors, Sébastien Loeb Racing & Hyundai Motorsport for their trust and commitment.”

With two podium finishes, no less than five fourth places, Langeveld managed to race 295 points together which was enough for third place in the overall standings and first place in the Benelux championship. In addition, Langeveld with his high score contributed a lot to the team championship which went to Sébastien Loeb Racing.

Niels Langeveld immediately quick with the Mazda MX5 cup at the DTM weekend in Assen!
September 20, 2021

Once again Langeveld wins a place in the standings with 3rd place at the Nürburgring!
September 6, 2021
Latest Articles
Article Categories
Latest Gallery Photos