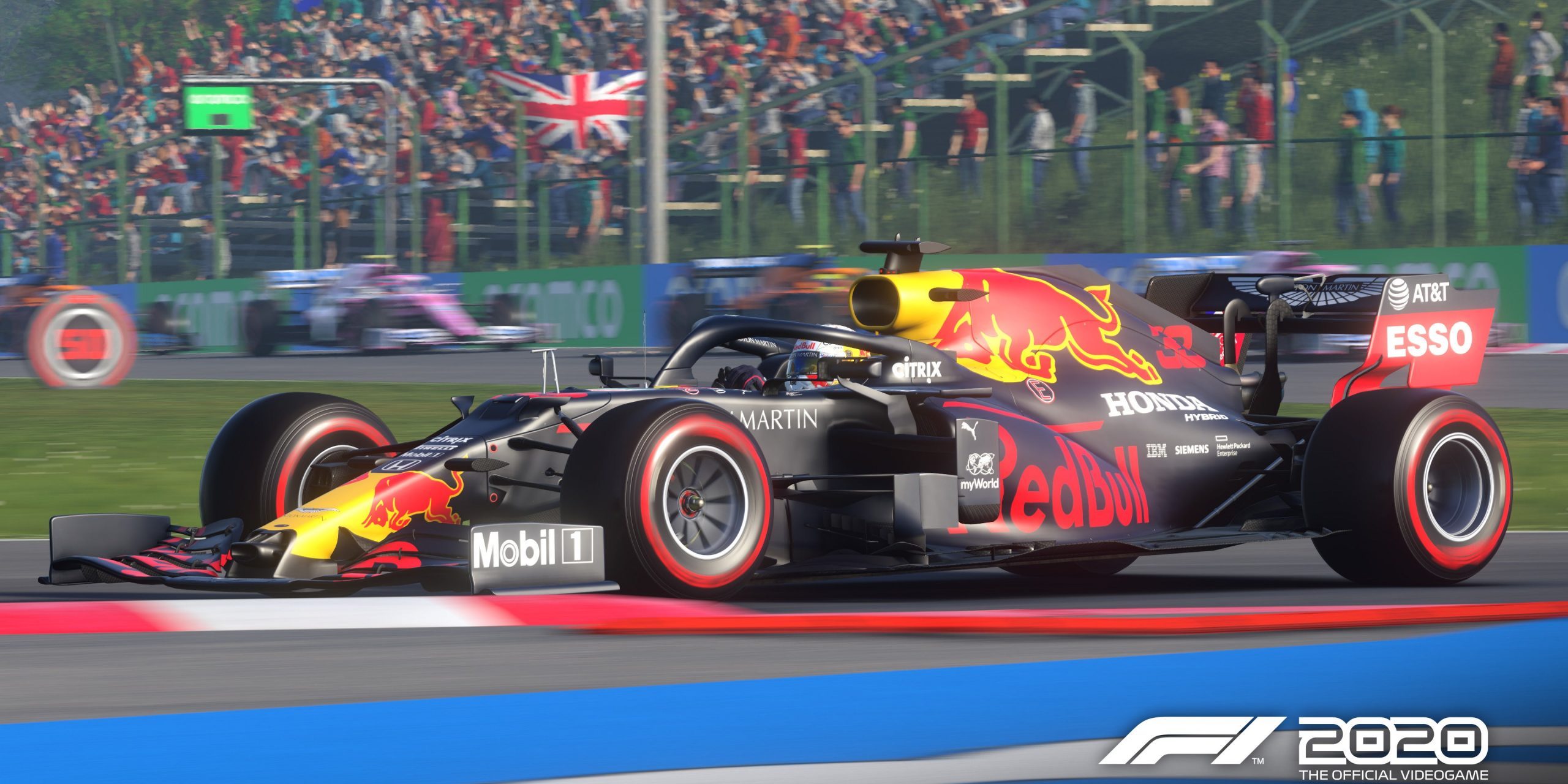 The new addition to the Codemaster F1 game family is F12020. Trackside Legends tested the game for you at the official F1 Racing Centre in Utrecht, The Netherlands. A competition was setup for attending media to compete against each other on the track of Circuit Zandvoort, The Grand Prix which we know will be postponed till 2021, however Codemasters and Formula 1 decide to add the new track to the game as well as the Vietnam street circuit.

See the video below for a hotlap around the Austria track, which will be raced on upcoming weekend for the second time this year!

It takes a bit of getting used to if you are an avid sim racer. As all F1 games in the past, this game is no exception and doesn’t give you the real sim racing feeling. But the developers are getting closer though, things like tire wear and applying different strategies are more and more developed in each new game. The graphics are also just stunning and this might even become an issue for the current platforms, it looks like F1 already developed the game for the next generation devices which can easily run this game, putting more load on the old consoles to run it.

If you have driven on the real track of Zandvoort, have been driven around on the track or trying your luck in sim racing (the track is featured in rFactor and iRacing), you will consider it a different experience. With the modern F1 cars you can brake extremely late into corners and have a huge amount of grip. The banked Hugenholtz corner is one tricky corner, make sure you don’t step on the gas to abrupt or you will spin coming out of the corner. The Arie Luyendyk corners is a real beauty, accelerating full throttle going into the corner onto the main straight. Pitstops are quite quick here and the pit exit is situated at the end of the Tarzan corner, the first corner on the track.

The game itself is not really a completely new game, it is more a progression of its predecessor, F1 2019. The gameplay feels more or less the same and graphics are improved, but you’ll have to put the games next to each other to really see what changed. So see it as an iteration on a already good game.

Just as in F12019, in F12020 you can also drive the F1 Feeder series, Formula 2. This a bit more of hardcore racing as the cars are much less sophisticated than their big brothers. All in all a good game and a fun way to learn your tracks before race weekends!

“Racing on Circuit Zandvoort with an F1 car is just lovely”

The Dutch Media Grand Prix, as the test day was called, was held at the Official F1 Racing Centre in Utrecht at The Wall. In this gamer cafe style spot just next to the A2 highway you find yourself three full ‘virtual grids’ with a total of sixty specially designed racing simulators. Each setup features brand new hardware, advanced steering wheels with force feedback and wind simulation. In Codemasters official F1 2019 video game, visitors can experience a full F1 racing weekend, including training, qualifying and a Grand Prix. From 10 July, racing will also be possible on the tracks of Zandvoort and Hanoi in the brand new 2020 edition, F1 2020.

Fans can race against friends, family and other visitors here, under the guidance of trained ‘e-marshals’ – who also ensure that the government-imposed RIVM guidelines are enforced during the COVID-19 pandemic.

All other copyrights or trade marks are the property of their respective owners and are being used under license. Developed and published by Codemasters.