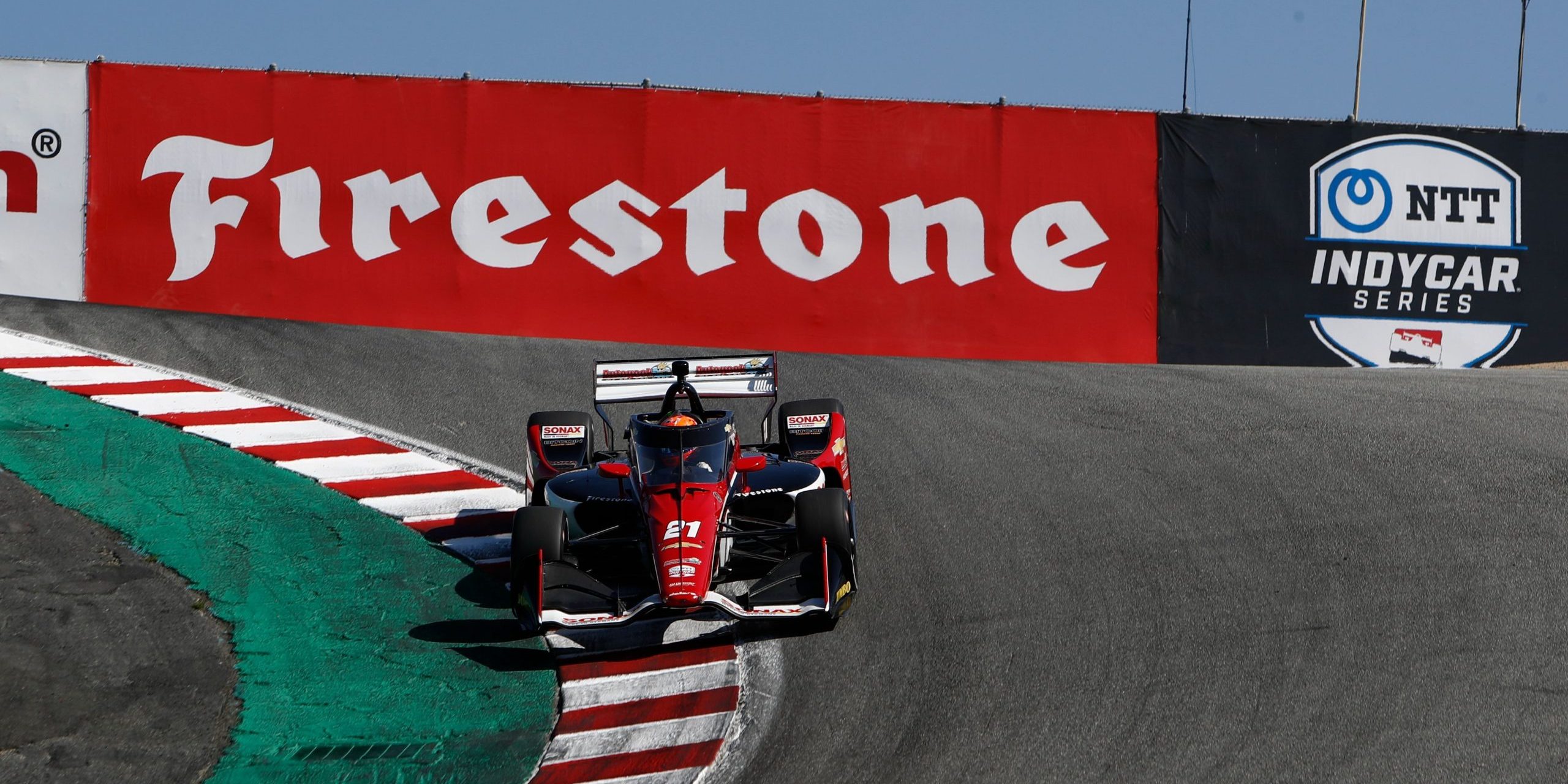 Rinus ‘VeeKay’ van Kalmthout has concluded the penultimate race of the NTT INDYCAR Series season 2021 in eighteenth place. The 21-year-old Dutchman fought like a lion during the Firestone Grand Prix of Monterey, but again had no luck.

On its return to the NTT INDYCAR Series calendar in 2019, the WeatherTech Raceway Laguna Seca proved not to be a good match for the Ed Carpenter Racing team. While Rinus VeeKay, now active for ECR, booked two Indy Lights victories, the ECR predecessors of the Dutch driver had a particularly difficult time on the legendary asphalt ribbon in California.

Also in 2021 the famous Laguna Seca track was Ed Carpenter Racing’s Achilles heel. In both practice and qualifying, the team struggled to connect with the top of the competitive IndyCar field. Partly due to a problem with the gas supply, VeeKay was forced to settle for twenty-fourth place on the grid, his teammate Conor Daly started from eighteenth place.

During the Firestone Grand Prix of Monterey, the 95-lap maintenance scheduled as the penultimate game of the 2021 NTT INDYCAR Series season, VeeKay and Ed Carpenter Racing opted for an attacking strategy. The 2020 season ‘Rookie of The Year’ swapped his hard compound from the Firestone tire early in the race for a set of soft tires, which allowed him to take strides forward.

VeeKay showed his well-known bravado and racing gogme during his fourth stint, when the soft tires had been exchanged for a set of the hard compound. The young Dutchman fought his way towards the middle bracket thanks to ten very tight lap times. A top ten finish seemed out of the question, but a place close behind it turned out to be an option thanks to VeeKay’s steering skills.

As if the devil was playing with it, however, VeeKay again had to deal with bad luck. Where the ECR driver had to deal with so many disappointments in previous races, he had to sit on Sunday afternoon (local time) as a communication error threw a spanner in the works. VeeKay thought he was expected to be inside by radio traffic for a pit stop on lap 66, but that turned out to be a miscommunication. The mechanics of Ed Carpenter Racing were in fact signaled to assist VeeKay on the 71st lap.

The hard work that VeeKay had done in his previous stints turned out to have been for nothing. The Dutchman lost a handful of places and had to settle for eighteenth position when the finish flag fell. The Firestone Grand Prix of Monterey at WeatherTech Raceway Laguna Seca was won by Colton Herta.

“Small detail, big consequences,” said VeeKay from the United States. “I drove into the pit lane without the team being aware of it. Over the board radio I heard a certain confidential text where I thought it was my turn to come in. That turned out not to be the case. I could have checked this”, the Dutchman is aware of his share.

“We knew in advance that Laguna Seca would not be an easy weekend for us. In qualifying on Saturday, to make matters worse, the gas pedal faltered. From starting position twenty-four it is always difficult, but we went for it today. After a short first stint we decided to go for a four-stop. That worked, because after three stops I was fighting for eleventh place.”

“Unfortunately, the pit stop followed, which turned out not to be a pit stop,” VeeKay sighs. “It’s difficult to deal with so much adversity, but I’m confident that Ed Carpenter Racing and I can deliver a nice finish to next weekend’s season finale. We will go for it one more time, one hundred percent, to end this season with a good result in any case”, concludes VeeKay combatively.

Thanks to his eighteenth finish, VeeKay has won a place in the intermediate classification. With one game to go, the young Dutchman occupies eleventh position, having already collected 303 points. Number ten Alexander Rossi, who drove a race more than VeeKay, has only one point more. Thus, a top ten finish for VeeKay is still possible.

The 2021 NTT INDYCAR Series season will conclude next Sunday, September 26. In the streets of California’s Long Beach, the Acura Grand Prix of Long Beach is on the program. The race will start around 9:30 PM Dutch time.