Veekay on Teeth to a Neat Sixth Place at St. Pete 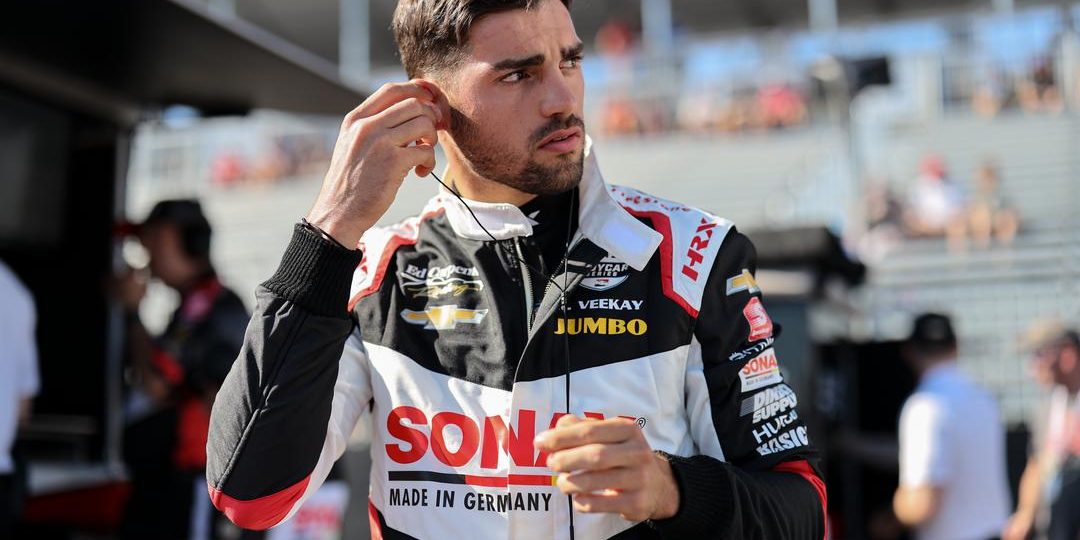 It was all or nothing for Rinus ‘VeeKay’ van Kalmthout, who narrowly made it to the finish line after 100 exhilarating race laps on the street circuit of St. Petersburg. Clever fuel management brought the Dutchman sixth place.

“A good start to what will hopefully be a memorable year!”

After a winter break of no less than five months, VeeKay and his IndyCar colleagues finally got to race again. As always, but for the first time since 2019, the streets of St. Petersburg, Florida, were the battleground for the season’s overture. Beloved hunting ground of the talented twenty-something, who triumphed several times on the 1.8-mile asphalt ribbon in the Road To Indy training classes.

VeeKay, who is representing the Ed Carpenter Racing colours for the third consecutive season by driving the #21 SONAX Chevrolet, set himself the goal after last season to work with the team to create a longer tension curve for 2022. After all, the combination had started the year strongly with several podium finishes and that wonderful first IndyCar victory on the Road Course of the Indianapolis Motor Speedway, but after the summer break there seemed to be more challenges than rewards.

The 2022 target of finishing well inside the top ten was reinforced by a strong qualifying performance. VeeKay fought his way into the Fast Twelve and later the Fast Six, eventually finishing in fourth place on the grid. It marked VeeKay’s best qualifying result since the second race at Belle Isle Park in June 2021.

At the start of the Firestone Grand Prix of St. Petersburg presented by RP Funding, VeeKay showed his fighting spirit. The young Dutchman immediately shot past Penske driver Will Power to move up into third position. He held on to it until the rear tyres failed. For many laps VeeKay begged for a pit stop. Where other drivers continued on harder compounds and easily made their way past the Dutchman, VeeKay had to try to save himself.

The Ed Carpenter Racing engineers had calculated that their Dutch pupil would have to continue until at least lap 21. Due to the high rate of tyre wear the plan almost fell apart, but thanks to a neutralisation the team got a lifeline. They had to ask the maximum from VeeKay: to achieve a position in the top ten, the one-time IndyCar race winner would have to follow a very strict fuel regime.

Lap after lap, VeeKay was given very difficult fuel numbers to adhere to in order to finish at all. With a bunch of hungry IndyCar competitors behind him and a faltering hydration system, it was far from easy to make the strategy work. However, thanks to some extreme efforts, VeeKay managed to pull it off. The youngster was able to reach the black and white checkered flag on fuel fumes, only to fall silent immediately afterwards. Despite the fuel antics, VeeKay finished in an extremely handsome sixth place, equalling his best start of the season (2021, Barber).

“I’m satisfied with the result,” an elated VeeKay announced from St. Petersburg. “Of course, as a racing driver you always want to move forward and a sixth place finish from starting position four is backwards, but given the course of the race this is a good final classification. The first stint with the soft, red Firestone tyre cost us some time, but after that we picked it up well and put it right. At the end it got tight, but it worked out exactly.”

“On Sunday morning we run a warm-up, a short session where everyone can check the systems a bit more. We noticed that our front tyres were wearing down quite quickly on the soft tyre, so we adjusted our set-up just before the start. The front tyres stayed in place, but it cost me my rear tyres. Firestone’s soft compound this year is even slightly softer than last year and we have to get used to it.”

“We needed a neutralisation to get back to the front, but to be honest the only neutralisation this race had lasted just a little too short for me. If I wanted to finish on a two-stop, I had to drive very economically. Fuel management sounds very simple: making sure you go through the corners as quickly as possible with as little pressure on the accelerator as possible, but simple things are often the hardest!

“My hydration system was barely working, causing me to take in hot water one minute and air the next. Fortunately, the off-season training paid off and I was physically able to finish the race. The hard work of all Ed Carpenter Racing team members has also paid off. This nice sixth place is a boost for everyone after last year’s tough second half of the season, and a good start to what will hopefully be a memorable year!”

The 2022 NTT INDYCAR Series season will continue in three weeks with the first oval race of the year. The XPEL 375 is scheduled for Sunday, March 20 and will be run at Texas Motor Speedway in Fort Worth. Start of the race is around 18.00 hours Dutch time.