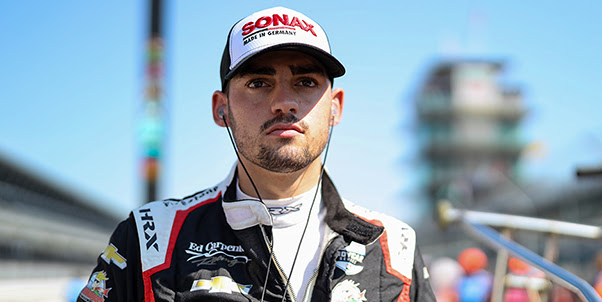 Rinus “VeeKay” van Kalmthout left a good impression during the last training moment for the Indianapolis 500 next Sunday. The 19-year-old rookie from Hoofddorp was not looking for a lightning-fast lap time at the Indianapolis Motor Speedway, but focused on certain details together with the team of Ed Carpenter Racing’s # 21 SONAX car.

While the Dutchman stood out during the qualifying weekend thanks to lightning-fast laps, which earned him an incredible fourth place on the grid for 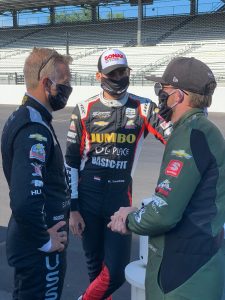 the 104th edition of the Indianapolis 500, the driver with start number 21 did not drive this time with the assignment to deliver impressively fast times. After all, the Ed Carpenter Racing team is aware of its capabilities and wanted to focus on the preparation for next Sunday’s race.

Thus, VeeKay finished on the midfield scoreboard – the 2018 Indy Pro 2000 champion and 2019 Indy Lights vice champion took 16th place at an average speed of 223.385 miles per hour (359.503 kilometers per hour), just behind team principal Ed Carpenter. VeeKay completed no less than 92 laps in the two hours of training, the equivalent of almost half a race distance.

However, when it comes to driving without a tow, or tow from a predecessor, VeeKay turned out to be the fastest driver of the entire field. “The car felt good,” said VeeKay shortly after the final training opportunity for his Indy 500 debut. “It is really great outside of traffic. Obviously I did not look at the scoreboard, so the sixteenth time is meaningless in that respect, but overall I think we have a strong overall package.”

During Carb Day, as the last training day is traditionally called, the riders were allowed to re-enter the track at the same time – something that is prohibited during the qualifying runs. As a result, the drivers had to deal with wind from competitors. An indispensable experience, as it gives a realistic picture of the possibilities of the cars in racing mode.

“That was quite difficult,” said the best qualified debutant of 2020. “Overtaking was difficult, also because the track had a little less grip than it was last weekend. It rained a number of times during the past week, which is why it took a while to adjust again.

VeeKay does notice that the field is getting closer together. “Of course everyone has taken steps forward in the meantime”, the Dutchman refers to the fact that each team and each driver had four complete days to analyze all previously collected data and make adjustments where necessary. “At least we have something in our back pocket”, the teen sensation from North Holland reveals, indicating that he has not yet shown the back of his tongue.

Many insiders suspect that VeeKay has one of the best cars in the field under his butt. “I love to hear that! We also have a really good car. It gives me confidence that the insiders are so positive about us. Still, we have to stay sharp: the race takes 200 laps and everything has to be right if you want to win. In any case, we are going to give everything!”, The Dutchman concluded combatively.

The 104th Running of the Indianapolis 500 presented by Gainbridge takes place next Sunday, August 23th. René Hoogterp and Robert Doornbos will report live on the event on Dutch television via the Ziggo Sport Racing channel. The broadcast starts at 7 p.m. Dutch time, the green flag indicating the start of the race will be waved at around 8.35 p.m.