Bittersweet Indy 500 debut for Rinus Veekay: Shows what he’s made of, despite of a pitstop failure. 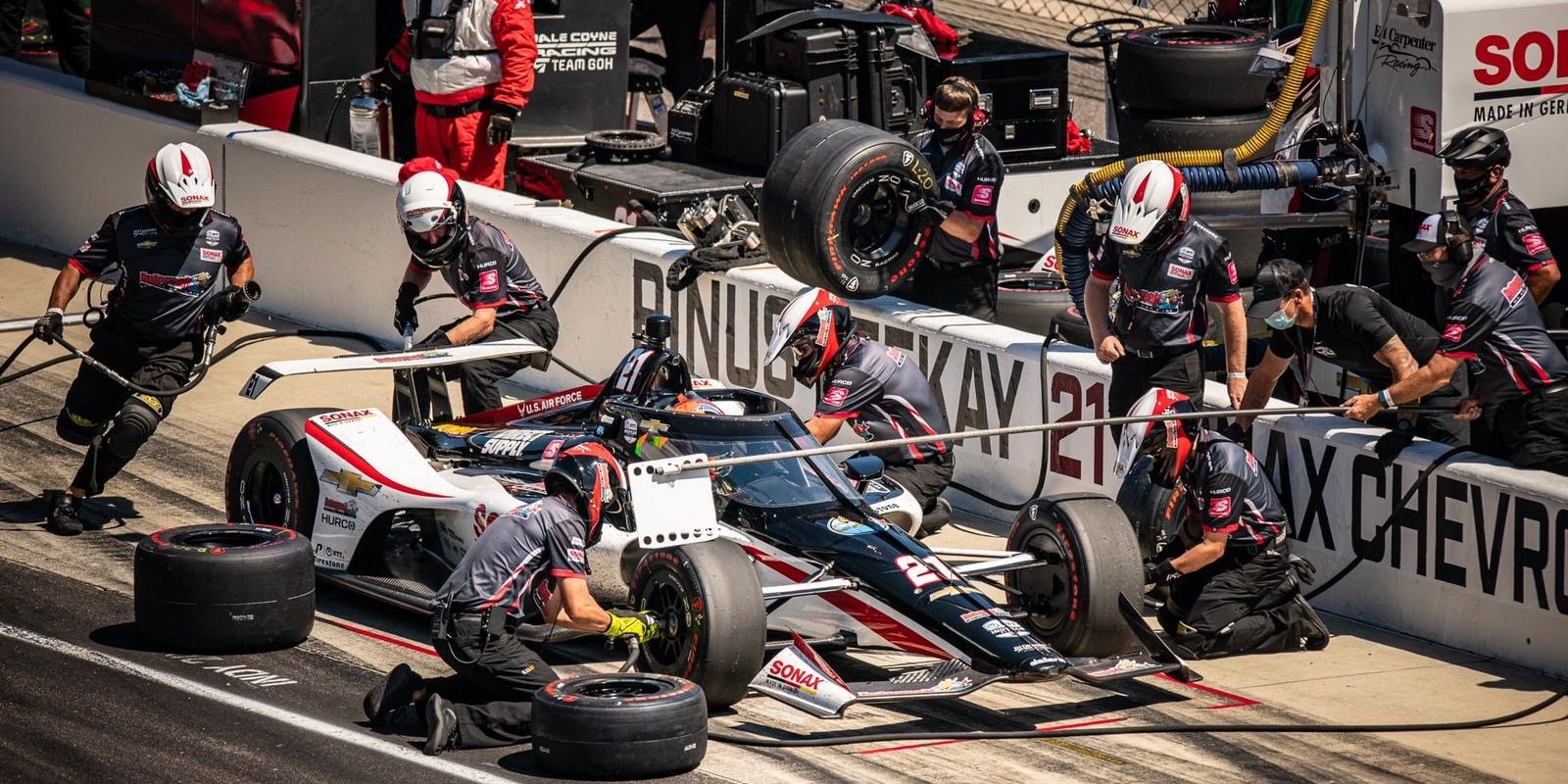 The first time Rinus “VeeKay” van Kalmthout contested at the Indy 500 has become one that the 19-year-old Dutchman will not forget anytime soon. Starting from fourth on the grid, the youngster managed to get involved in the battle for the top positions in the early stages of the legendary race. However, a failed pit stop threw a spanner in the works – after the damage was done, places of honor turned out to be out of reach.

“Nevertheless, I am extremely proud of the team and would like to thank everyone who supported me, from my sponsors to the amazing fans.”

After his insanely strong qualifying performance, in which VeeKay crowned himself the fastest teenager in the 104th-edition of the Indianapolis 500, it finally happened on Sunday evening (Dutch time): the boyhood dream of a North Holland adolescent came true. In the opening laps, VeeKay held its own among the big names of the NTT IndyCar Series.

And how: after a small change to the front wing, made during the first pit stop, VeeKay rushed to the front places. After a quarter of the 200-lap race, the driver of Ed Carpenter Racing’s #21 SONAX Chevrolet took third place.

The devil is in the details, even so at the Indianapolis Motor Speedway, that became apparent during VeeKay’s second pit stop. The teen sensation made a mistake when braking for his pit spot, whereupon he ended up unhappy and hit a mechanic. The pit stop was thus delayed and to make matters worse, VeeKay was fined a stop-and-go penalty for violating strict pit regulations.

From that pit stop, the race was more or less over for VeeKay, who could only let his right foot do the talking to make the best of it. Several times the youngster made a strong impression on track: veterans Marco Andretti and Ryan Hunter-Reay were overtaken on the outside, Felix Rosenqvist couldn’t stop the Dutch rocket overtaking him at a restart.

“That pit stop was just stupid,” VeeKay sighs in an initial reaction after his Indianapolis 500 baptism of fire. “Once I blocked, I knew I had no chance. I hit a mechanic, and I find that very unpleasant. Fortunately, he is doing well under the circumstances. I want to apologize to all my fans, I have received so much support in the last few weeks – you deserved more. I had the car for it, but unfortunately one mistake threw a spanner in the works. ”

Where disappointment predominates, VeeKay also manages to get positives from his debut at the Brickyard. “We had a top car these two weeks. Ed Carpenter Racing has looked after me fantastically. At certain points in the race I felt like a fish in the water – after the first pit stop, during which I added a bit of front wing and adjusted the weightjacker, I marched forward rather quick. That felt perfect. ”

“I have learned a lot,” VeeKay acknowledged. “Many new impressions, a lot of new information. Everything has to be perfect at the Indy 500 and unfortunately I made one mistake myself and we lost the chance the drink the bottle of milk. Nevertheless, I am extremely proud of the team and would like to thank everyone who supported me, from my sponsors to the amazing fans.”

The 104th Running of the Indianapolis 500 presented by Gainbridge was won by 43-year-old Takuma Sato, who added a second Indy victory to his record. Scott Dixon and Graham Rahal finished second and third in the Racing Capital of the World.

Rinus VeeKay doesn’t get much rest: next Saturday he will compete again for the Bommarito Automotive Group Race to MEGA Savings 250 at the World Wide Technology Raceway in Gateway for yet another oval race. A doubleheader will be organized there – meaning VeeKay will show his racing skills on Saturday as well as Sunday.