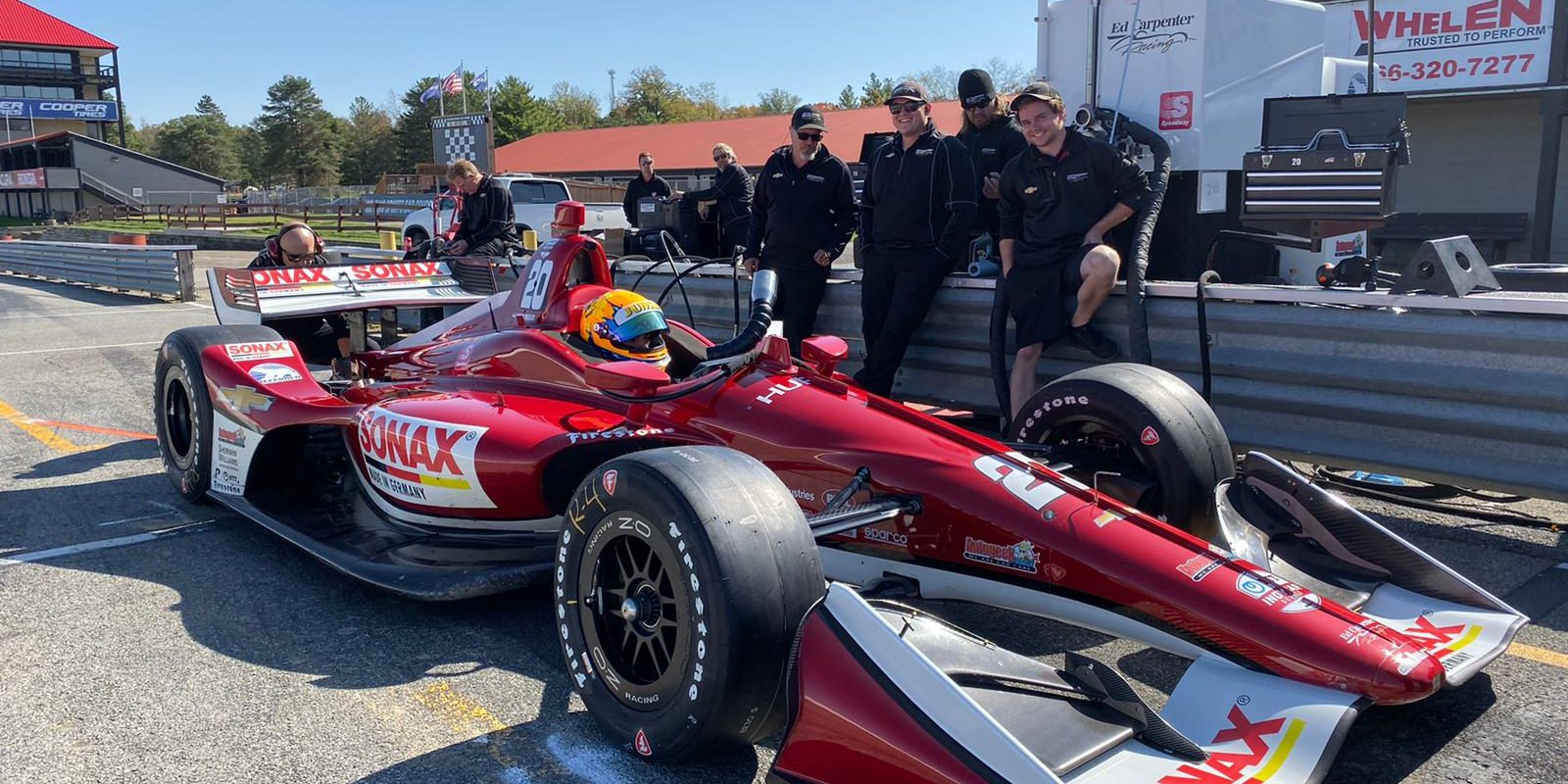 There is a new kid in the NTT IndyCar Series town. His name is Rinus van Kalmthout; better known to American motorsports fans as Rinus VeeKay. The Dutch teenager has taken the Road To Indy ladder by storm and now awaits his baptism of fire with the ‘big boys’ of American open wheel racing.

“IndyCar drivers beware, there is a new kid in town”

Only 19 years, 6 months and 4 days old when he starts his first IndyCar race at the street circuit of St. Petersburg, FL, Rinus VeeKay will enter the history books as one of the youngest IndyCar racers of all time.

VeeKay signed with the Ed Carpenter Racing effort after putting in a number of special performances in lower categories. Over the past three years, VeeKay added plenty of lines to his résumé while competing in the Road To Indy categories.

It was late 2016 when a then 16 year old Rinus, supported by father Marijn and mother Evelien, decided to make a hop across the big pond.

Born in Hoofddorp, The Netherlands, Rinus was always close to one of Europe’s finest old-school racing tracks, with the dune-surrounded Circuit Zandvoort only a handful of miles down the road. Whereas many European, motorsport-loving children dream of a career in Formula 1, young Rinus had a different career path in mind, one he decided to pursue when it became clear there was a building interest coming from the United States.

“Arie Luyendyk is a hero and example to Rinus”

Tied to the Pabst Racing effort for his first US season, handling a USF2000 car, VeeKay managed to score a double podium finish in what was his first ever auto race weekend, climbing the first step of the Road To Indy ladder. VeeKay’s first two victories in the series were achieved only three months later, at the legendary Road America race track. Mid-2017 VeeKay was already an established name in the RTI programme.

After a season-long battle with fellow prodigy Oliver Askew, who is four years his senior, VeeKay had to settle for second in the 2017 USF2000 season. His three wins, one pole position, three fastest laps and 12 podium finishes out of 14 starts, and especially his never-say-die attitude, made Augie Pabst’s fellow Road To Indy team principals aware of the Dutch teenager, who was playfully handed the nickname ‘Rocket Rinus’ back in his native Holland. 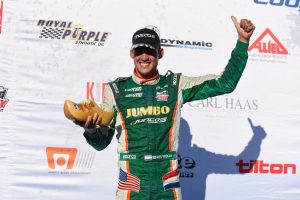 Attending an Asian winter racing series to hone his race craft, VeeKay rightfully stepped up to the second tier of the Road To Indy programme as Ricardo Juncos offered a one-year deal for the 2018 Pro Mazda Series season.

Another year-long battle with the aforementioned Askew unfolded, VeeKay this time managing to end the season standings on top, thus claiming his first auto racing championship at only 18 years old. VeeKay dominated the Pro Mazda season with seven victories out of 15 starts, with an astonishing five-race win streak during the summer.

Thanks to those performances, VeeKay gained a following, as his boyhood hero and nowadays NTT IndyCar race official Luyendyk often visited the Juncos Racing Pro Mazda garage for a chat. VeeKay repeatedly cited Luyendyk as one of his most important life and professional coaches, while VeeKay’s parents and older sister always remained the teenager’s main sources of information and support. 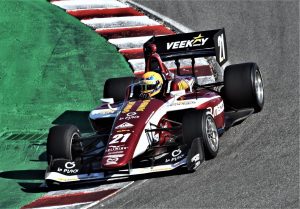 For the 2019 season, Rinus VeeKay stepped up once again, this time to compete in the Indy Lights series, the top tier of the Road To Indy ladder – the next and final step is seen as a ride in the NTT IndyCar Series. After winning the 2018 Pro Mazda Series season, Ricardo Juncos, team principal of Juncos Racing, could count on the loyalty of his Dutch pupil as VeeKay remained part of the Argentine-origin, US-based race squad.

Preparing for his third season in the United States, VeeKay made another winter count as he put in a huge effort to compete in the Asian Formula Three Winter Series. With highly-regarded talents such as then Red Bull-backed Dan Ticktum and Renault protégés Ye Yifei and Christian Lundgaard, along with Michael Schumacher’s nephew David and several experienced local drivers, the competition was extremely strong. 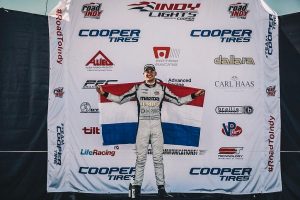 The 2019 Indy Lights series season kicked off in spectacular fashion as rookie drivers and main rivals Rinus VeeKay and Oliver Askew clashed during the opening lap of the first weekend’s second race on the streets of St. Petersburg, FL. Whereas Askew had to park his stricken car, VeeKay went on to win the Indy Lights race.

A season-long battle between Askew and VeeKay saw the former end up on top, as the American edged out his Dutch opponent with a 21-point advantage at the end of the season. From 18 races, the pair clinched 13 wins, six of those captured by VeeKay. Winning a Road To Indy championship means scholarship money; VeeKay had to settle for second and thus miss out on the big dough.

However, thanks to stunning performances in the Road To Indy categories and Ed Carpenter Racing’s trust VeeKay is now able to break through to the IndyCar Series to fulfill his life-long dream.