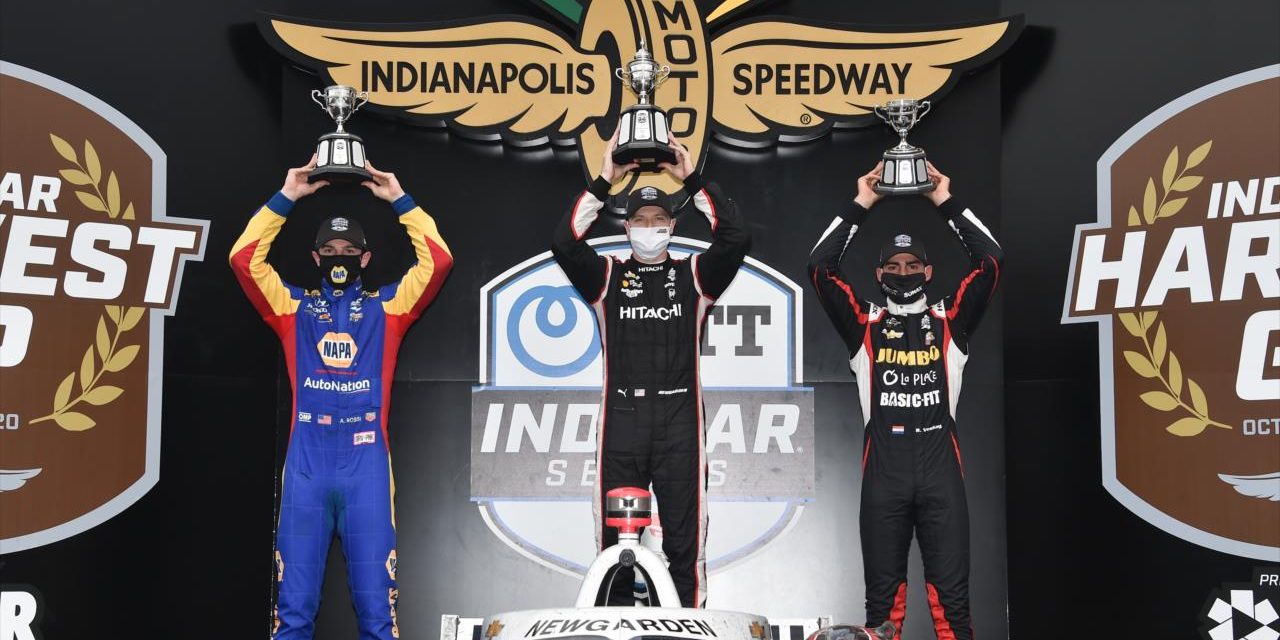 Rinus “VeeKay” van Kalmthout has achieved one of his goals for his debut season in the NTT IndyCar Series. The 20-year old guy from Hoofddorp, The Netherlands, was able to make it to the podium in the IndyCar Series on Friday-evening (CET) for the very first time in his career. VeeKay, who had trained surprisingly on pole position on Thursday, finished in a great third position. 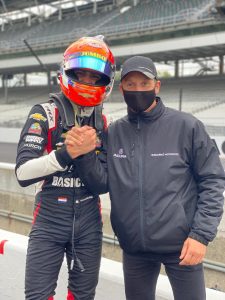 On Thursday evening local time, the IndyCar Series faced a new pole sitter on the legendary tarmac of the Indianapolis Motor Speedway. As Rinus VeeKay extracted a brilliant lap from his #21 SONAX Chevrolet, the youngster managed to claim the NTT P1 Award and the first place on the grid. As a result, the Dutchman, driving for Ed Carpenter Racing, was allowed to lead the field on Friday at the start of the Harvest GP presented by GMR Race 1.

In the opening phase of the 85-lap race, VeeKay fought a number of tough duels with Colton Herta, who had started the race third. The two 20-year-old riders battled it out for laps, with one overtaking action possibly even more daring than the other. The slugfest was interrupted by the first of three series of pit stops, but would resume later in the showdown.

While the two seldom lost sight of each other during the race at the IMS, the second-starting reigning INDYCAR champion Josef Newgarden managed to win the race thanks to a tricky strategy. The American driver built a lead over VeeKay and Herta, to be the first to cross the finish line after just under two hours of racing.

The second position fell prey to Alexander Rossi. The Andretti driver worked his way past VeeKay in the final phase, who was surprised by a slide from Will Power. Shortly before the market closed, VeeKay was in fourth place, just behind Herta, but eventually managed to decide the race-long battle with his American counterpart in its own favor. With one of his signature courageous overtakes, VeeKay pointed opponent Herta back to fourth place, allowing VeeKay to rise to the podium for the first time in his IndyCar career. Despite the superiority of the unbeatable Newgarden, VeeKay managed to record the fastest race lap.

“Of course I am very happy with this result, this beautiful podium place and my first IndyCar trophy,” VeeKay said after the first of two races of this weekend at the Indianapolis Motor Speedway. “I have to admit: shortly before the end of the race, when I was just fifth, I hadn’t counted on it anymore.”

“I got on well on the soft tires, the reds. However, the harder compound did not suit me very well ”, VeeKay analyzes. “Third place is therefore a nice reward, because I have to admit that this was not my easiest race ever. The car was not perfectly balanced and I had my hands full from time to time.” VeeKay knew in advance that opponent and eventual winner Newgarden might be a little too strong. “You could already see during practice and qualifying that he was fast on both tire compounds.” 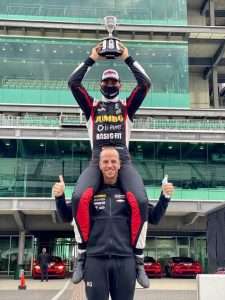 In the form of Herta, VeeKay has found a formidable opponent, with whom he has been fighting a lot lately. “In one way or another we attract each other like magnets”, the Dutchman laughs. “We often sit close together, Colton and me. I have to admit to him that he fights fairly. We fight on the cutting edge, but it is always fair and I enjoy it a lot. ”

As for the second race of the weekend, which takes place on Saturday, VeeKay is tempering expectations. “Today I used an extra set of soft tires, so tomorrow I will mainly have to do it with the hard compound. Yet my engineer has already revealed that he is secretly working on a plan, so I’m curious. In any case, as always, I’m going to do my best – hopefully it will be possible to score another top ten position. ”

In the battle for the rookie championship of the IndyCar Series, VeeKay has obviously done well thanks to his podium place. Direct competitor Alex Palou did not get further than seventeenth place, which increases VeeKay’s chances for the debutant title. Oliver Askew is not active this weekend: VeeKay’s American opponent was be absent due to an injury. With only two races left, VeeKay has a very healthy lead of no less than 63 points.