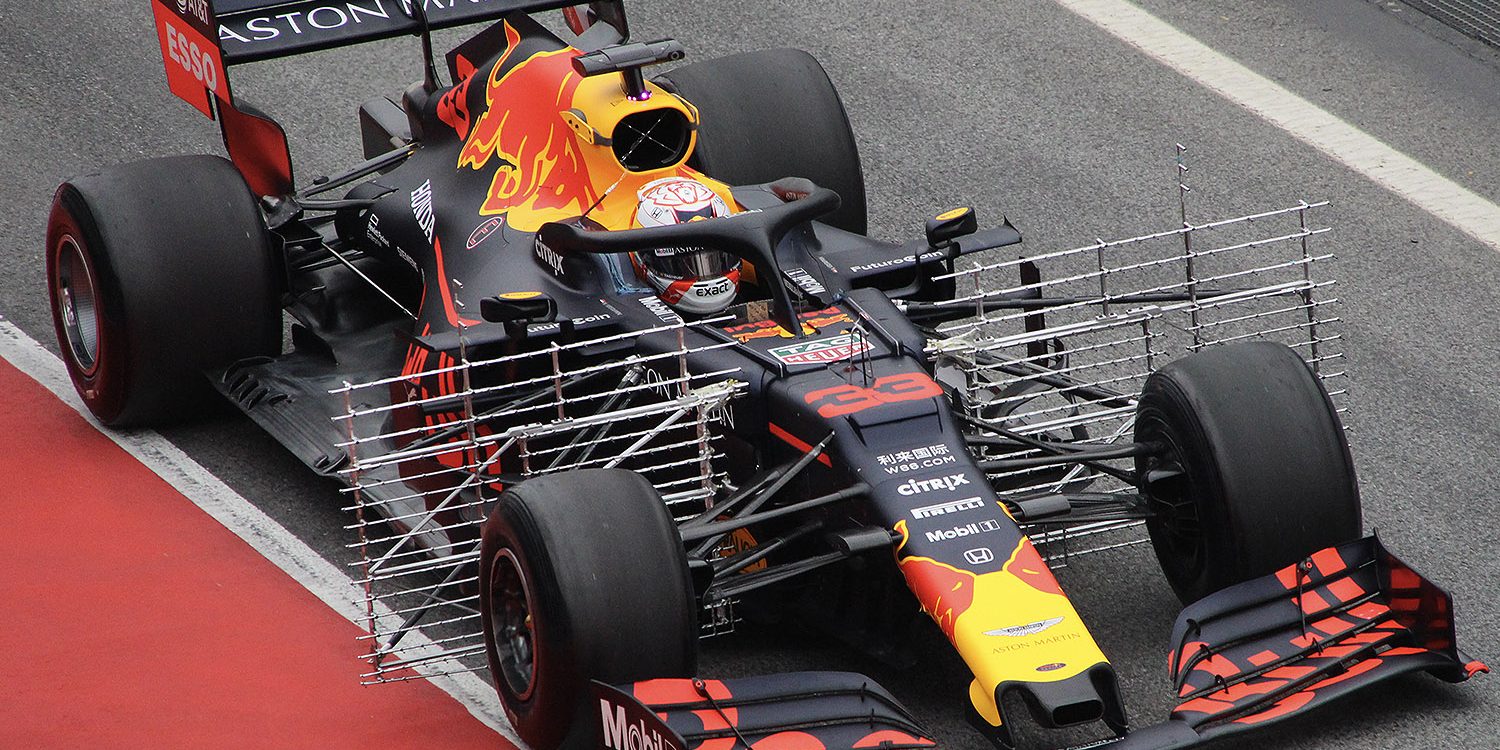 The legends had the chance to come out of their Formula 1 hibernation and get a fresh shot of F1 at Circuit de Barcelona-Catalunya where all teams test their cars for the very first time (Williams.. anyone?).

When we see the cars for the first time again, we are on the main grandstand opposite to the pit. We climb the stairs, enter the grandstand and happen to directly see the pitbox of Red Bull Racing, where Max Verstappen will drive the first day of testing. Not long after we arrive, Max leaves the pits and is running his first meters in the RB15. Goosebumps as he comes down the main straight for the first time, immediately fast, you can see that in the style of driving and the car is bottoming out, leaving lots of sparks behind them. A great view!

As we where invited to go to the paddock, we had the chance to meetup with some of our good friends and do a coffee.

“Meet up with coffee”

After our meetings and catching up, we are doing a round on a shuttle around the track on the infield. It seems a cheesy, but it is actually quite nice to do this once you arrive, you get very close to the track and the F1 cars passing by at high speeds. This tour is included in the €50,- ticket with which you can also enter the VIP roof and paddock, but only on the tour itself. It also includes general admission for after the tour. 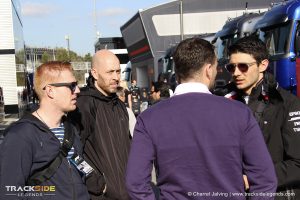 After the tour we head back to the paddock to see some of the drivers. As they have to get from the pitbox to the hospitality units, which are on the opposite side of the pits, you have a pretty good chance that you spot some drivers after a session.

We see some interviews live and Max Verstappen tells the journalists that the feeling of the car is good, though there is also a lot to improve. But that’s what test days are for, right?

“There is also a lot to improve”

We call it a day and leave for the IBIS hotel in Montmelo, yes that is just a 1 minute walk from the entrance of the track. We can recommend this hotel to everyone, but at a Grand Prix weekend the nights tend to be much more expensive, as team personnel and photographers also use this hotel. At the test days you also see team personnel walk in and out.

At the second day of testing, a new set of drivers get the chance to do their first meters in the new car. As every team is allowed to only bring one new car, it’s impossible to let 2 drivers drive at the same time. There are some teams that swap drivers between sessions though, Mercedes is one of the teams who switches drivers at lunch time.

We’re ready for a new day on track and get to a spot where we haven’t been before. Yes, even for the legends there still are some hidden gems. This time it is the VIP stand at the end of a DRS zone, right at the breaking zone. It’s a great place to see the cars up close, there is even some rivalry between some of the drivers, who are chasing each other to get some indication of comparison for themselves.

“Even for us there are hidden gems”

We also decide to do a tour around the whole track to see all places to spot the cars. After the long walk we decide to head back to the paddock and hang around there a bit. From the pit roof you have a nice view of cars leaving the pits, though the track decided to place a falling net which blocks the view from right above.

After another busy day we leave to Grannolers to have Pizza with a friend, it is a cosy italian place where we discuss photography and the world of F1. Yet another great day at the trackside.

As we have to leave to the airport on time today, we decide to leave to the track early and basically stay on the paddock and pit roof all day. We have lunch at the VIP stand we discovered yesterday and we meet up with a colleague and friend of ours to have some coffee.

With the tickets which you can get on the paddock, you can automatically attend the daily pit walk at 13.00. As this is also lunch time for the drivers and teams as try to hide what they discovered over winter, there is really nothing much to see in the pitlane. If you have never been there, it is cool though to walk around here and see up close how everything is organized.

“Teams try to hide what they discovered”

We have to leave before the end of the session to the airport again, it was one great few days at the track and we can recommend everyone to go to the test days in Barcelona at least once in their lives.

Do you want to see more legendary F1 pictures? Go to our F1 winter test 2019 gallery. If you want to follow the second week of F1 testing then check out #HappyTesting on Twitter.

Have you got any questions for us? Please contact us.